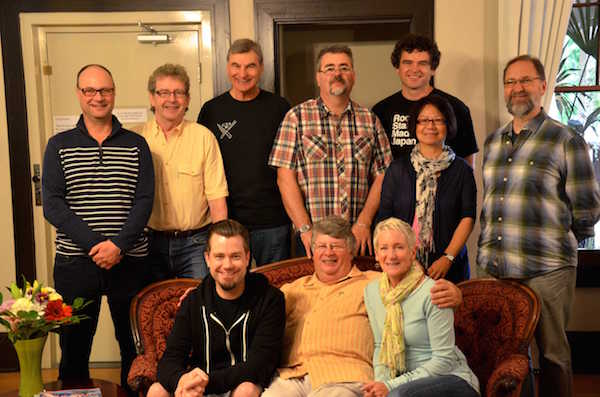 PORTLAND, Ore. — Kansas City author Doug Frost, one of four people in the world to earn both the Master of Wine and Master Sommelier titles, will serve as master of ceremonies for the Industry Awards Dinner at the 2015 Oregon Wine Symposium in Portland.

The Oregon Wine Board bills the two-day conference Feb. 24-25 as the Pacific Northwest’s largest wine industry event, thanks in large part to the size of the venue — the Oregon Convention Center, a short walk from Lloyd Center.

Next year marks the fourth straight year for the symposium in Portland. Scheduled sessions for this winter’s meeting of vintners and vineyard managers include:

Activities for the opening day are capped by the annual Industry Awards Dinner, which is also when the first-ever Oregon Wine A-List Awards will be announced.

Frost, who graduated from Kansas State University with a background in the theater, became just the eighth American to earn an MW when he passed in 1993. Three years later, Uncorking Wine was published. In 1998, he authored Uncorking the Pacific Northwest.

He remains an unabashed supporter of the Pacific Northwest, and he continues to be well-connected to our region. Last fall, he served as the lone American judge at the 2014 British Columbia Wine Awards.

Members of the Oregon Winegrowers Association receive discounted entry. The first day features Spanish translation for all general and viticulture sessions, and prices are reduced for Spanish-only tickets.