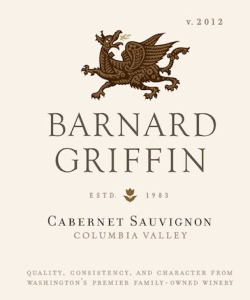 There may be no better time to drink Washington reds, simply because wines from the 2012 vintage are hitting the market, and Rob Griffin — the dean of Washington winemakers — described it as a “Goldilocks season.” Here, he melded fruit from Yakima Valley vineyards such as Black Rock, Crawford and Lonesome Spring Ranch with that of venerable Sagemoor to produce a wine redolent of black raspberry, blueberry pie and President plum in the nose, joined by graham cracker, milk chocolate, allspice, nutmeg, white pepper and black olive. It follows up with bold black cherry and blackberry flavors amid a supremely balanced structure of velvety tannins and boysenberry acidity. The trail is a complex finish of black olive, dried parsley and a drizzle of hot fudge. The 2011 vintage earned a gold medal at the 2014 San Francisco Chronicle Wine Competition, and this bottling seems on par — if not better. And while the listed retail price is $17, it’s often found on store shelves in the “Best Buy!” range.