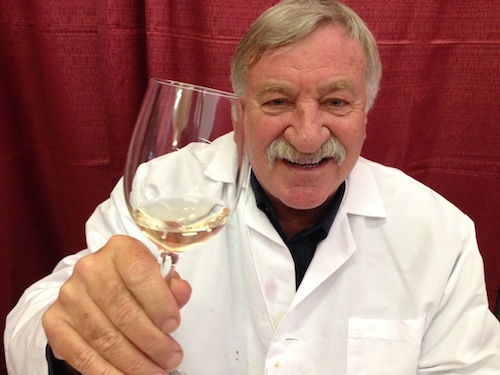 Jim Trezise is the executive director of the International Riesling Foundation, which was founded during a Riesling tasting in Washington. (Photo by Andy Perdue/Great Northwest Wine)

It’s difficult to remember when Riesling wasn’t all that popular. It was about 15 years ago, and the general public wasn’t too fond of the white wine. Jim Trezise recalls those bad old days, and he’s not fond of the memories.

But now, it seems as though Riesling is on everybody’s lips, whether they’re talking about it or drinking it. And much of this is because of the hard work that Trezise puts in as executive director of the International Riesling Foundation.

We recently caught up with Trezise while he was in Northern California and chatted with him about all things Riesling. Here’s the interview: 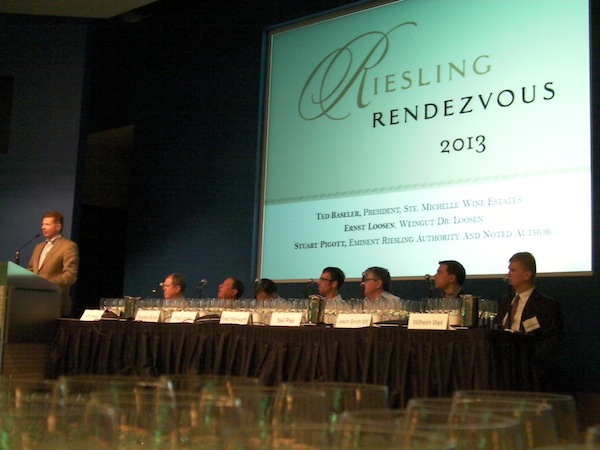 Trezise has long been a fan of Riesling from around the world, but it wasn’t his focus until the past several years. For most of the last three decades, his day job has been to represent the New York wine industry. Trezise lives in the Finger Lakes region of western New York, and only recently have the state’s wines gained attention beyond the Eastern Seaboard.

In fact, in the mid-1980s, there was no respect for New York wines, even though the state produced as much wine as Washington back then. But Gov. Mario Cuomo got behind the industry and, in Trezise’s eyes, rescued it.

“He created a business climate for our wine industry to grow,” he said.

Today, New York has nearly 400 wineries, of which 120 are in the Finger Lakes – and many of them are focusing on crafting world-class Riesling.

In 2007, Trezise was attending the inaugural Riesling Rendezvous at Chateau Ste. Michelle in Woodinville, Wash., and he got together with Coke Roth, an attorney and longtime Washington wine professional and enthusiast; Dan Berger, a California wine writer; and Ted Baseler, CEO of Ste. Michelle Wine Estates. Together, they came up with the idea of launching the International Riesling Foundation.

“It’s something I took on because I love Riesling so much,” he said.

The IRF Riesling Taste Profile helps consumers understand how sweet or dry a Riesling is.

While the International Riesling Foundation’s general intent is to raise the profile of Riesling, its greatest achievement so far has been the creation of the Riesling Taste Profile, a graphic that appears on the back of 30 million bottles of American Riesling each year to indicate how sweet or dry the wine is.

“Riesling’s strength is the same as its weakness, which is its versatility,” Trezise said. “Unless people know that you can get it dry or sweet or everywhere in between, they could be very confused by it.”

The Riesling Taste Profile changes that: On the left side of the scale is the word “Dry,” and on the right side is the word “Sweet.” A Riesling producer uses a formula that takes into account a wine’s residual sugar, pH and acid levels to figure out where on the scale it should be.

“We did some market research early on that showed – not surprisingly – that the vast majority of people when they hear the word ‘Riesling’ think ‘sweet white wine,’ even though it can be all of those other things,” Trezise said. “So we then did some more research showing them a mockup of the Riesling Taste Profile and said, ‘If this was on a bottle of wine to guide you, would you be more inclined to try Riesling?’ When they saw the idea of the taste profile, they said, ‘Yeah, I’ll give it a try.’ ”

Trezise said it also helps those working in restaurants and wine shops to help guide customers.

Today, the Riesling Taste Profile is working, at least according to all the feedback Trezise receives from wineries, wine retailers, sommeliers, consumer focus groups and International Riesling Foundation members.

In fact, it’s working so well that he occasionally sees it being used on bottles of rosé, Viognier and even Merlot. He’s not particularly fond of the fact that it’s being used on other varieties, but he also realizes it is helping to educate consumers about wine – and that’s the bottom line.

Giving thanks to Chateau Ste. Michelle 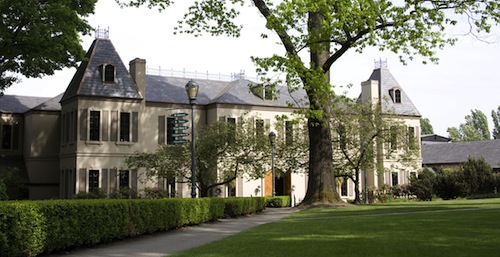 Though Trezise works on the East Coast and represents New York wine by day, he is quick to praise Washington’s largest and oldest winery for its work with Riesling.

“Every one of us who loves Riesling or makes Riesling owes a huge amount to Chateau Ste. Michelle,” he said. “They were doing this (promoting Riesling) well before it was popular and really sticking their necks out because people used to always laugh at Riesling, and they just said, ‘Well, we believe it’s a really great wine.’ We’re all kind of riding the coattails of Chateau Ste. Michelle, and we’re very grateful for what they’ve done.”

Trezise pointed out that Eroica was the wine that really got the American Riesling revolution rolling when it was introduced in 2000. He said the collaboration between two great wine producers – Ernst Loosen of Germany and Ste. Michelle – brought tremendous attention to the grape at a time when it needed it.

“The taste and marketing of the wine into high-end restaurants was another really big step,” he said. “Riesling was taking its place on the shelf with more prestigious wines at the time.”

As a result, Riesling is much more likely to be enjoyed by all levels of consumers, Trezise said.

“I think consumers are really paying a lot of attention now,” he said. “There’s now a much better appreciation among the influencers that Riesling is an undervalued and underappreciated wine whose time has come.” 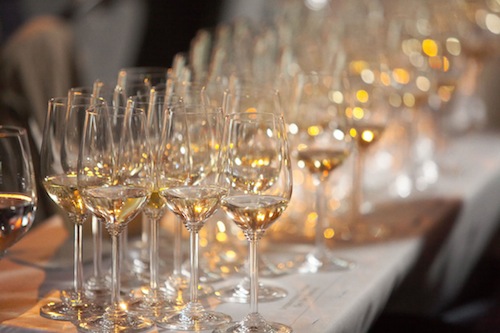 Riesling comes in many forms, from ultra-dry to mega-sweet. (Photo courtesy of Chateau Ste. Michelle)

Why do Trezise and other aficionados love Riesling so much? Its pureness of fruit, bright acidity and wide range of styles all add to its allure.

His favorite pairings with Riesling depend on the style, he said. Here are a few of his favorites:

Medium-dry to medium-sweet Riesling: spicy foods, particularly Thai and Mexican. The spicier the food, the sweeter the Riesling, Trezise says.

“The versatility of Riesling, both in the styles in which it can be made and the foods that it can go with are really strong points,” Trezise said. “And what we need to do is get that message out.”