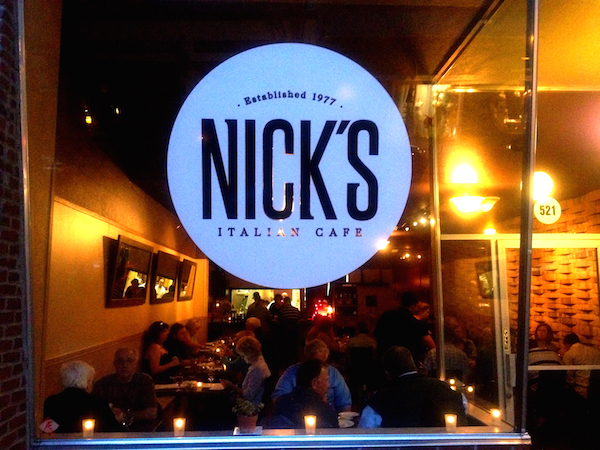 Nick’s Italian Cafe in McMinnville, founded by Nick Peirano, continues to be one of the restaurants most supportive of Oregon wine. (Photo by Eric Degerman/Great Northwest Wine)

PORTLAND, Ore. — The Oregon Wine Board recently revealed the list of restaurants to receive its inaugural Oregon Wine A-List Award.

“The Oregon Wine A-List Awards guide consumers to restaurants, both in-state and outside of Oregon, that promote and feature Oregon wines in concert with their menus and cuisines,” Ellen Brittan, Oregon Wine Board chairwoman, stated in a news release. “We’re very proud of each A-List Award winner’s commitment to Oregon wines.”

The dinner and awards presentation will be emceed by Kansas City author Doug Frost, who has earned both Master Sommelier and Master of Wine titles.

Nominated restaurants were evaluated by a committee of Oregon wine industry members. The criteria included the proportion of Oregon representation, range of varieties, geographic diversity and graphic prominence of Oregon wines as well as the restaurant’s commitment to events and promotions featuring Oregon wines.

The Oregon Wine Board is a semi-independent Oregon state agency managing marketing, research and education initiatives that support and advance the Oregon wine and wine grape industry. The OWB works on behalf of all Oregon wineries and independent growers throughout the state. Visit oregonwine.org. 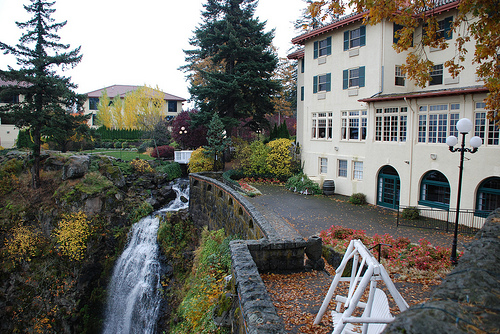 The historic Columbia Gorge Hotel in Hood River, Ore., is home to award-winning Simon’s Restaurant and the Great Northwest Wine Competition. (via flickr.com)