WALLA WALLA, Wash. – In high school, he was a local legend. At Washington State University, he led the Cougars to glory. In the NFL, he won a world championship ring. Today, he runs a highly praised and successful winery in his hometown.

And this Sunday, Drew Bledsoe isn’t letting on who will be supporting in the Super Bowl showdown between the New England Patriots and the Seattle Seahawks.

“I am really fired up for this game,” Bledsoe told Great Northwest Wine. “It’s going to be a lot of fun for me. I’m going to enjoy watching the game.”

We caught up with Bledsoe for this week’s Great Northwest Winecast. Here’s the audio interview:

Bledsoe was born in the Central Washington town of Ellensburg and grew up in Walla Walla. The valley’s wine industry was in its infancy back then, with only a half-dozen wineries in operation.

One of them was Leonetti Cellar, run by the Figgins family. They were not only neighbors, but also close friends. Chris Figgins, son of Leonetti founders Gary and Nancy Figgins, is a couple of years younger than Bledsoe. They went to Pioneer Junior High School and Walla Walla High School together, and Bledsoe’s mom and dad were teachers for the younger Figgins.

This relationship would become important for both of them later in life.

At Walla Walla High School, Bledsoe was a standout quarterback, earning all-state honors his senior year. This earned him a scholarship at Washington State University, where he earned the starting job as a freshman and led the Cougars to a top-10 ranking in 1992. He was named the Pac-10 Conference offensive player of the year.

Bledsoe heads to the NFL

In the 1993 NFL draft, the New England Patriots had the No. 1 selection, and the Seattle Seahawks were right behind them. One of those two teams were going to pick Bledsoe. He grew up rooting for the Seahawks and even got to hang out with the likes of Jim Zorn, Dave Krieg, Kenny Easley and Steve Largent at a summer football camp he attended.

The Patriots selected him No. 1 and moved him across his continent.

“It was close,” he said. “There was a part of me that wanted to play here in Seattle. But there was also a part of me that thought it was kind of nice – especially early in my career – to be able to play 3,000 miles away from home. So all of that noise was out there on the East Coast, and then when the season was over, I could come home to get away from it.”

Bledsoe had a prolific career with the Patriots, going to three Pro Bowls and setting multiple NFL passing records during his nine years there. His efforts endeared him to the Boston area, and fans later voted him into the Patriots Hall of Fame. In 2001, he was injured in the second game, and his backup – a guy named Tom Brady – took over and led the Patriots to their first world championship.

After the season, Bledsoe signed with the Buffalo Bills, where he played for three seasons and earned another trip to the Pro Bowl. From there, he finished up his career with the Dallas Cowboys, ultimately paving the way for Tony Romo, who remains the team’s starting quarterback.

Bledsoe retired in 2007 after compiling nearly 45,000 passing yards and being considered one of the top quarterbacks in modern NFL history.

Return to Walla Walla and the wine industry

Upon retirement, Bledsoe returned home to the Pacific Northwest with his wife, Maura, and their four children. Today, they live in Bend, Ore.

During his time in the NFL, Bledsoe gained a taste for fine wine.

“We were Cougs,” he said. “Nobody was drinking fancy wine at Wazzu. Once we got into the league and had money in our pocket and could buy a decent bottle of wine, we started to get into it.”

Bledsoe ended up becoming good friends with Rick Mirer, a standout quarterback from Notre Dame who was selected No. 2 in the 1993 draft by the Seattle Seahawks. After a strong rookie campaign, Mirer struggled in his next three seasons with the ‘Hawks before being traded to the Chicago Bears. He retired in 2004, throwing nine touchdown passes during the course of his final eight years.

“We ended up doing some promotional stuff together,” Bledsoe said.

In fact, the two even talked about getting into the wine industry together, perhaps with University of Washington great Damon Huard and NFL legend Dan Marino. That never worked out, but Mirer moved to California and started Mirror Wine Co. in the Napa Valley. Last year, Huard and Marino announced they were launching a Washington winery called Passing Time.

And Bledsoe teamed up with his school chum Chris Figgins to create Doubleback.

“We didn’t do it together,” Bledsoe said. “But we all ended up in the business after all.”

Bledsoe had already planted his first vineyard south of Walla Walla when he heard Figgins was interested in doing some wine consulting outside of the family business.

“I was just really, really fortunate to be able to hire him as our consulting winemaker,” Bledsoe said.

The first vintage of Doubleback was in 2007. The Bordeaux-style blend was an instant success when it was released in 2010, earning a spot on Wine Spectator’s top 100 list that year.

“Ratings are nice when you start into the business,” he said, adding with a laugh, “Those critics are all kind of full of crap until they give you a nice rating. Then they’re really smart. Thankfully, they’ve been really kind to us.” 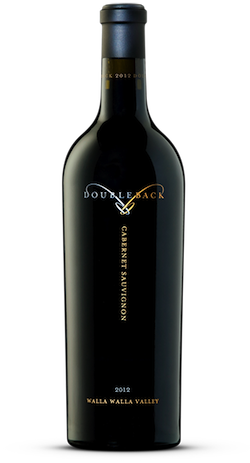 Massachusetts is the seventh-largest wine-consuming state in the country. And for a guy who was the star quarterback for the Patriots, it was perfect for selling wine to football fans with fond memories of gridiron glory.

The only problem was the state’s neo-prohibitionist laws that didn’t allow wineries to ship directly to consumers. Rather than complain, Bledsoe did something about it. He headed to New England to talk to lawmakers about fixing the law.

“I had to register as a lobbyist before I could go talk to state legislators,” Bledsoe said.

Last July, Massachusetts became the 40th state in the union to allow direct shipping from wineries.

“We got the law changed, and now we can ship directly to Massachusetts, which is huge for our business,” as well as other small wineries around the country, Bledsoe said.

Because of his allegiance to both the Patriots and the Seahawks, Bledsoe was cagey about picking a favorite in Sunday’s Super Bowl. On one hand, he grew up rooting for the ‘Hawks. On the other hand is, well, a Super Bowl ring from the Patriots.

“I think it’s going to be a really, really close game,” Bledsoe predicted. “I think it will be tight in the fourth quarter.”

Then, he said, one of the stars for either the Patriots or Seahawks will make a play.

“One of those remarkable athletes is going to make a spectacular play to win the game. I think that’s the way it’s going to shape up.”