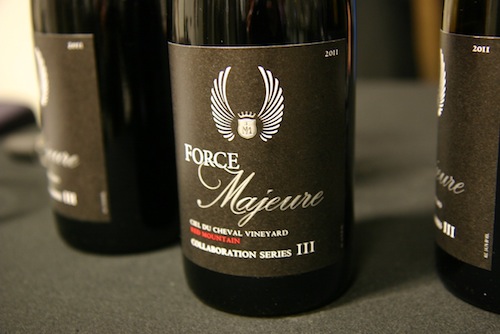 WOODINVILLE, Wash. – America’s most famous – and most important – wine region is pretty full. And that is pushing winemakers into new frontiers, including Washington.

Granted, those who have been making wine in Washington state don’t see it as particularly new. After all, Chateau Ste. Michelle started in 1934. But to Napa Valley winemakers, the Columbia Valley is their equivalent of pushing a little farther out West.

The latest is Helen Keplinger, who has taken on Woodinville winery Force Majeure as a consulting client. This comes on the heels of Todd Alexander – her former assistant winemaker at famed Bryant Family Vineyard in St. Helena, Calif. – moving to Washington to become Force Majeure’s first fulltime winemaker.

Keplinger has been on a rocket ship in Napa Valley, as her career since graduating from the University of California-Davis some 18 years ago continues to gain star power. Her work at Bryant, as well as in Spain and France, have led her to launch Keplinger Wines. It also landed her on the cover of Wine Spectator magazine last year, which has made her star shine even brighter.

“It was very flattering, and I was very honored,” she told Great Northwest Wine. “It was fantastic.”

Keplinger has worked as a consultant for other wineries, but this is her first gig in Washington, and she could not be more enthusiastic.

“It’s not like they started making wine there yesterday,” she said with a laugh. “There’s a lot of independent spirit. It reminds me a little of making wine in Priorat (in Spain).” 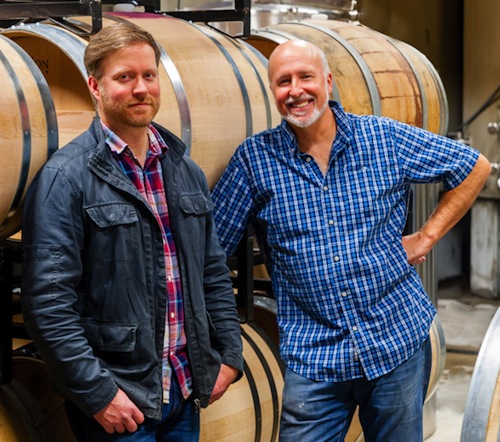 Force Majeure’s inaugural vintage, 2005, was under the name Grand Reve and was launched by Paul McBride and Ryan Johnson.

Johnson was the vineyard manager at famed Ciel du Cheval Vineyard on Red Mountain, and that gave the pair access to some of the property’s best grapes for Force Majeure. Meanwhile, they planted an estate vineyard that crawls up near the top of Red Mountain, across the road from Col Solare.

“It takes a brave soul to farm that,” McBride said.

Johnson has since left Ciel du Cheval to become a consulting viticulturist and also has relinquished his interest in Force Majeure. The vineyard’s 13 acres now are managed by Yakima Valley grape grower Dick Boushey, who also handles vines for Col Solare and Canvasback, both of which are adjacent to Force Majeure.

Three years ago, McBride bought an additional 10 acres of land next to Force Majeure and along Antinori Road, and his goal is to plant it this year, now that water is available from the Kennewick Irrigation District.

The vineyard is unusual not only for its steepness, but also its varieties and trellis systems, which include head-trained Mourvèdre, bushvine Grenache and high-density plantings.

“My feeling is that really great wines begin with the vineyard,” McBride said. “And if you have a really interesting site, you’re going to attract world-class talent.”

Next steps for Force Majeure 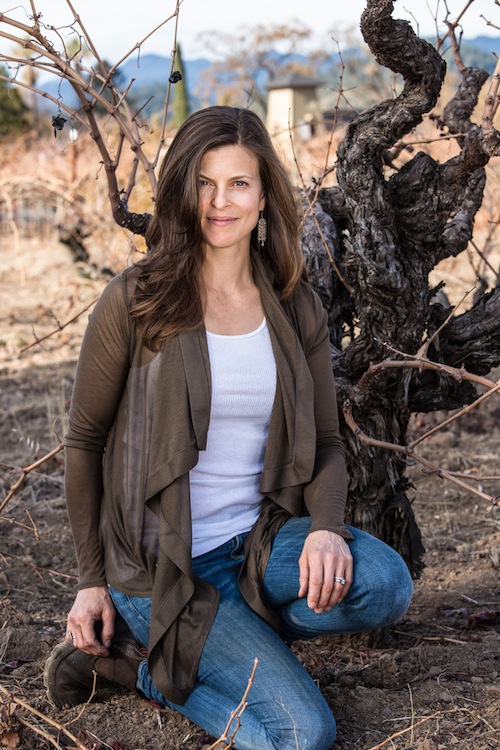 “Todd and Paul drew me to Washington,” she said. “Paul’s interest in wine is a true passion, not a trophy. He’s doing everything he can to make that passion.”

As the consulting winemaker, Keplinger comes to Washington four times per year (her next visit is in February). During harvest, she and Alexander will talk daily, and she will be available for important blending decisions.

“A good consultant is there to provide guidance and answer questions,” she said. “That’s what I’m doing. Todd is very talented, and we all have the same goal and same philosophy. It’s a very enjoyable project.”

McBride and Alexander just finished building a 6,000-square-foot winemaking facility in an area of Woodinville called “Artisan Hill,” near such wineries as Avennia, Stevens and Covington. It’s not far from Betz Family Winery’s original location near the Warehouse District.

The new facility, built to Alexander’s specifications, should accommodate twice as much as Force Majeure’s current case production of 2,000 cases.

With all the changes at Force Majeure, the winery continues to move toward a traditional structure and away from the “guest winemaker” concept.

McBride said two more vintages of the Collaboration Series – 2012 and 2013 – will be released before Alexander’s first wines will reach the winery’s myriad fans.

While Force Majeure’s part in helping to further raise the profile of Red Mountain as Washington’s most important viticultural area has never been questioned, the arrivals of Alexander and Keplinger continue a trend of top Napa Valley winemakers finding the small benchland in the eastern Yakima Valley fascinating.

In 2013, legendary Napa Valley producer Duckhorn Vineyards announced it was creating a Washington brand using Red Mountain grapes. After failing to secure land at the dynamic November 2013 Red Mountain land auction, the company purchased 20 acres next to Force Majeure the following month. Boushey planted 18.5 acres of Cabernet Sauvignon and Merlot there in June 2014.

Duckhorn’s Washington winery is called Canvasback, and it released its inaugural vintage – the 2012 Cabernet Sauvignon – four months ago. The 2,102 cases of $40 Cab have all but vanished from wine shop shelves, and Duckhorn is looking to increase production to fill the need.

The significance of Canvasback’s estate vineyard being adjacent to Force Majeure’s is not lost on McBride.

“Washington is attracting the best talent in the world,” he said. “It’s an opportunity to be pioneers.”

For Heather Unwin, executive director of the Red Mountain AVA Alliance, the winemakers being attracted to the 4,040-acre American Viticultural Area is an important milestone for the Washington wine industry.

“I’m excited to see what the next phase at Force Majeure will bring,” Unwin said. “Paul and Force Majeure have a history of pushing the envelope on Red Mountain, both with the vineyard program and their relationships with some incredible winemakers. With all the new talent coming onto Red Mountain in the last year or so, I think there’s a sense that those new perspectives combined with the legacy of excellence will create some thrilling wines.”