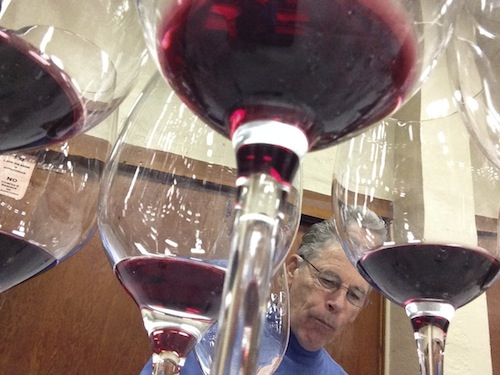 SACRAMENTO, Calif. – As the wine industry in and around the Sierra Foothills re-emerged in the 1970s, a young newspaper journalist seized an opportunity to turn himself into an expert – and that turned into a fulfilling career.

These days, Mike Dunne has retired as a fulltime writer from The Sacramento Bee, but he continues to write an influential weekly wine column for the newspaper of record in the Golden State’s capital city.

We recently sat down with Dunne to talk about his career, his thoughts on the future of wine competitions and his wish that Pacific Northwest wines were more readily available in California. 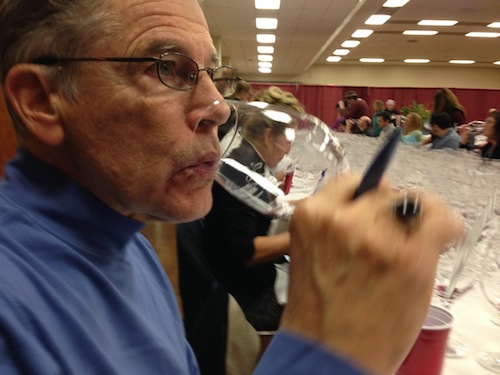 Mike Dunne didn’t grow up in a wine-drinking family, but he turned himself in a wine expert early in his newspaper career. (Photo by Andy Perdue/Great Northwest Wine)

Dunne grew up in California and graduated from San Jose State College in 1964 with a degree in journalism. While he focused on feature writing, he did everything from sports writing to city council meetings before setting into a career in wine writing.

He and his wife, Martha, had recently moved to the Sierra Foothills, which was enjoying a resurgence of sorts. The wine industry there had boomed more than a century earlier, along with the gold rush. But the exodus of people after the gold rush – followed by the dark curtain of Prohibition being drawn around the nation – caused the wine industry to languish.

“A revival was under way in the 1970s, and that’s when we settled in Amador County,” Dunne told Great Northwest Wine. “So I was doing a lot of freelance writing, and editors were interested. They wanted to know what was going on, so I got a lot of assignments. Zinfandel was the primary grape of the Sierra Foothills, so that was my introduction to wine.”

Though he didn’t grow up in a wine-drinking family, Dunne quickly caught on and made himself a wine expert. He spent 30 years at The Sacramento Bee as a wine writer, food editor and restaurant critic. After retiring in 2008, Dunne continued to write his weekly wine column as a freelancer, coming full circle in his journalism career. 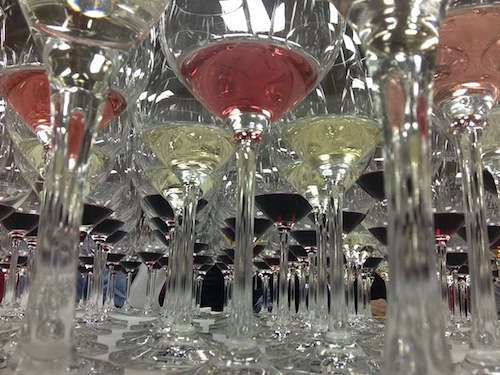 Wine competitions are good at directing consumers to top wines, but Mike Dunne thinks they can do more. (Photo by Andy Perdue/Great Northwest Wine)

For many years, Dunne has served as a wine competition judge throughout California and beyond. He recently completed a two-year stint as chief judge of the California State Fair competition (which includes both professional and amateur wines).

“I enjoy doing competitions because when you’re on a panel, you are sitting next to a winemaker, maybe a wine teacher, maybe someone involved in wine marketing,” he said. “So there are a number of different perspectives brought to each wine. From that, you learn. It’s really helped me to expand my knowledge.”

In a recent column in The Bee, Dunne outlined some of his thoughts on how wine competitions can evolve and improve.

“I think wine competitions have the potential to serve both consumers and the industry, and a lot of them are falling down on that,” he said. “It’s not just a matter of gold medals, but how they are arrived at.”

One of his suggestions is that, in addition to wines being divided by classes such as grape variety or style, they also should be judged by region.

Dunne added that this would add layers of context to competitions, giving their results more reliability to consumers as well as the industry. 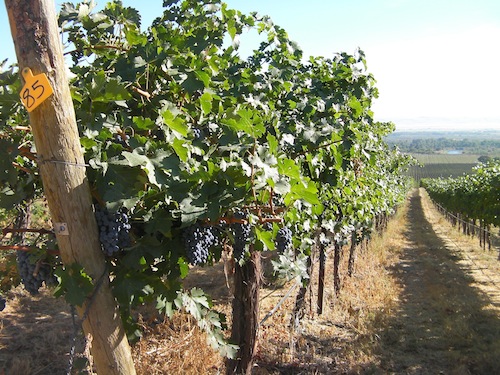 Mike Dunne loves the wines coming out of the Pacific Northwest, including the Yakima Valley. His frustration is that the wines are rarely available in California, where most of his readers live. (Photo by Andy Perdue/Great Northwest Wine)

Dunne is a fan of what he tastes from the Pacific Northwest, which also leads to a certain level of frustration.

“Washington as a source of wine is really exciting,” he said. “I’ve enjoyed my time up there, and I’ve enjoyed the wines. Unfortunately, in California the market is so California-oriented that we don’t get enough wines that we should.”

Dunne said he is reticent to write about a region if the wines are unavailable.

“It’s kind of frustrating to write about them. Consumers, if they get turned on to them, they can’t find them locally.”

Dunne has noted that in recent years, wines from British Columbia’s Okanagan Valley have showed really well in competitions in Southern California.

“They just stand out,” he said. “I wish we had more of those wines from Washington, Oregon and British Columbia.”