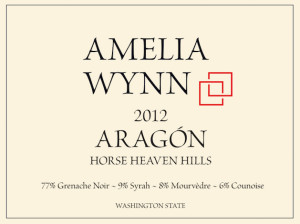 Bainbridge Island winemaker Paul Bianchi takes a much different angle at the Southern Rhone-style GSM blend by putting Grenache Noir on the pedestal. In fact, in Washington state, he could legally label this as a stand-alone variety at 77%. He nearly could also label it as a vineyard-designate because the Counoise (9%) and Mourvèdre (8%) also came from Six Prong Vineyard near Alderdale. The Syrah (9%) is from the Walla Walla Valley. Bianchi, however, looked to the future of this program and sought a proprietary name for this blend, turned the pursuit into a contest among his fans and went with the name for the Spanish community many view as the birthplace of Grenache. Fascinating aromas of plum jam, chocolate chip cookie dough and a whiff of gamy meat lead to juicy flavors of plump blueberries and blackberries, finished with a pleasing grip of tannin. Wines by this boutique producer have been heavily decorated by West Coast competitions since his inaugural commercial vintage of 2008, and this earned a silver medal in the Rhône blend category at the 2015 San Francisco Chronicle Wine Competition. Look for this wine on the mainland at The Dahlia Lounge in Seattle and Alchemy Bistro and Wine Bar in Port Townsend.