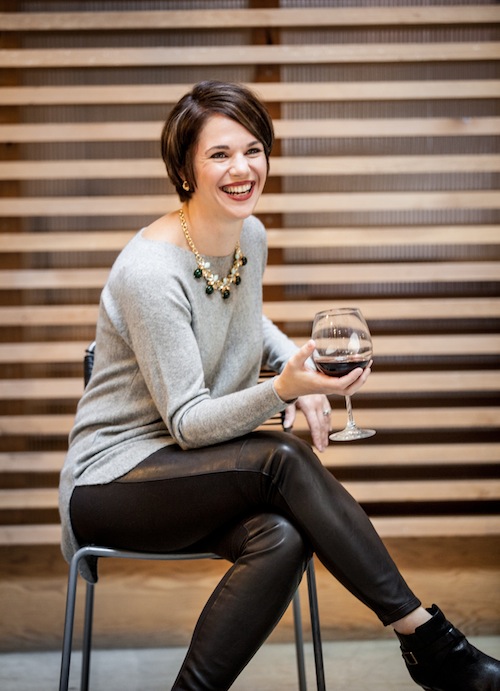 PORTLAND – A hobby that turned into an obsession ultimately led an entrepreneur to get into the growing Oregon wine scene by launching a wine club called Cellar 503.

Carrie Wynkoop, who grew up in the Pacific Northwest, started Cellar 503 in November and has quickly found a willing and growing audience for the wines she selects from across Oregon.

We recently chatted with Wynkoop for the Great Northwest Winecast. Here’s the interview:

It might seem that Wynkoop would be a natural to get into the wine industry. Her last name, pronounced “WINE-coop,” is a Dutch word for a wine cooper, or someone who builds wine barrels. She has dug into her genealogy enough to know someone in her past likely was in the wine business.

Wynkoop grew up in Olympia, Wash., and when she moved south to attend Lewis & Clark College, she found her happy place.

“I knew from the minute that I stepped on campus that I was never going to leave Portland,” she told Great Northwest Wine. “It’s such a fabulous city.”

While in college, Wynkoop sold wine at Cost Plus World Market, but then moved on to other things, including starting an Internet marketing company with her husband after graduation. But wine eventually pulled her back in.

“I never thought of it as a real career until a couple of years ago when a friend pointed out to me that I was spending all of my weekends and all of my vacation days visiting wineries,” she said. “I hadn’t really realized it until she pointed it out to me.”

She began to study wine more and try to figure out how she might turn it into a career. She ended up finding a niche through something she wanted.

“I was sitting with my husband,” she said. “We were on vacation, and I was talking about how much we love Oregon and we love Oregon wine and that I really wanted to find a wine club that would send me wine from the entire state.”

Wynkoop had become a member of several winery wine clubs, but she was looking for something a little different.

“I wanted to really explore the whole state and get a lot of different varieties. He turned to me and said, ‘Well, if it doesn’t exist, why don’t you create it?’ I thought he was crazy.”

But the two spent the next few months researching the potential opportunity and came up with the concept of Cellar 503. Their first shipment went out in November, and they already have about 75 members, a third of whom live outside of Oregon.

Pinot Noir – and beyond 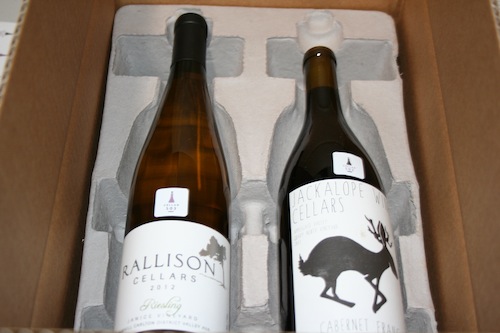 Two recent selections from Cellar 503 in Portland included a Riesling and a Cabernet Franc. (Photo courtesy of Cellar 503)

With 550 wineries in Oregon, and most of them seemingly producing Pinot Noir, Wynkoop works hard to make sure she is providing a diverse mix of wines.

“Oregon is so well known for its Pinots,” she said. “We’re definitely not ignoring them. I’m trying to find Pinots that are unique in some way and express some sort of interesting characteristic.”

But she’s also somewhat smitten with Southern Oregon and its bigger, bolder wines – and she is more than willing to go beyond the 503 area code.

“Southern Oregon is making fabulous Tempranillos and Syrahs, much bigger, juicier, spicier wines, which is a nice juxtaposition against the Pinots. It really helps illustrate the wide variety of wines that we have in Oregon.”

“I’ve been out there to visit some of the smaller wineries, and I’m excited,” she said. “They make unique wines that are representative of the soil. I’m really excited about bringing some of that into the club to really represent what’s going on out in Eastern Oregon.” 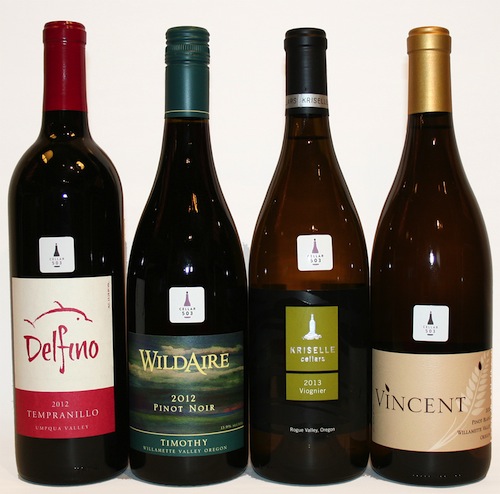 The January lineup for Cellar 503 in Portland featured wines from throughout Oregon. (Photo courtesy of Cellar 503)

Wynkoop curates all the wines that go to members of Cellar 503, and that means a lot of travel. She is focused on smaller producers – wineries producing fewer than 10,000 cases annually.

“I meet as many winemakers as I possibly can, and I taste through their portfolios and see what I think might be a good match for our club members,” she said.

She has a theme for each month. For example, March focused on urban wineries in Portland and Eugene, while April will feature biodynamic and organic wines.

“I try to think about what my themes are for the entire year and where I can slot in these wineries that are making interesting, unique wines that I think our club members are really going to enjoy.”

Wynkoop’s members have a lot of flexibility. They can order monthly or quarterly. They can select two reds, two whites, a mix of each or all four. A typical month will cost between $45 and $55 for two bottles, depending on the mixture. For those who want to save shipping costs on their wines, Cellar 503 has pick-up parties in which Wynkoop pours upcoming selections.

At this time, Wynkoop can legally ship to 41 states, with Massachusetts being the most recent to repeal its own version of Prohibition and allow direct shipping to consumers.

While Wynkoop still spends some time on the family’s Internet marketing business, she is working hard to turn her wine obsession into her full-time profession. And with more than 500 wineries to research, she needs it.