LOWDEN, Wash. — It’s a new entry-level wine on a large scale for one of Washington’s iconic properties, but there’s a Walla Walla Valley history lesson and a scholarly Columbia Valley pedigree behind the Frenchtown Red by L’Ecole No. 41.

And the timing couldn’t be better for managing winemaker Marty Clubb. This year, his team celebrates the 100th anniversary of the Frenchtown Schoolhouse, which continues to serve as L’Ecole No. 41’s destination tasting room. 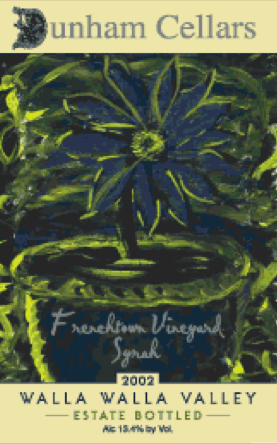 However, Clubb waited in line for more than a decade as the late Mike Dunham and his wife Joanne developed nearby Frenchtown Vineyard — named for the French-Canadians who were the first to settle in the Walla Walla Valley near the modern-day town of Lowden.

“I told Mike for 10 years that he was smarter than me and quicker on his feet,” Clubb said, “but I also told him, ‘If you guys ever decide not to pursue that, I’d like to buy that name from you.’ ”

Dunham Cellars used that 10-acre site to occasionally create vineyard-designated Syrah, and the fruit made it into other wines by Mike’s son Eric, a former L’Ecole assistant winemaker who died last year. The Frenchtown name became available after the Dunhams sold the vineyard, where Mike and Joanne also had built a home and lived several years.

“This was two or three years before Mike died (in 2013), but the buyer didn’t buy the name,” Clubb said.

So Clubb worked with Dunham Cellars General Manager John Blair, who negotiated the sale of the Frenchtown name to L’Ecole.

“As a group, they huddled and decided to let me have it,” Clubb said. “I think they realized it was a stronger trademark for us, and it’s perfect for us.”

L’Ecole ramps up to 4,100 cases of Frenchtown Red 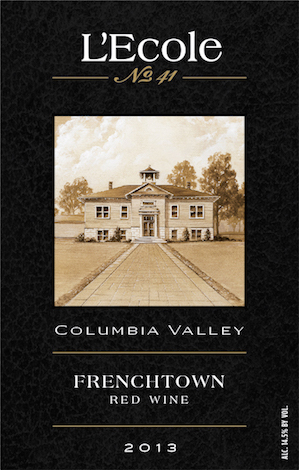 “We only did a couple hundred cases to get the trademark process going,” Clubb said.

The following year, the scale of production changed dramatically as winemaker Mike Sharon bottled more than 4,100 cases of the 2013 Frenchtown Red. That accounted for about 10 percent of L’Ecole’s total production.

“We view this as the first launch,” Clubb said.

In a sense, this will be version 3.0 of an introductory or tasting room red for L’Ecole. Two decades ago, Clubb created Schoolhouse Red, but L’Ecole would be limited as a result of an agreement with ownership of School House Vineyard in Napa Valley.

“He was a nice guy about it,” Clubb said. “He just asked us to use it just in Washington and not in a broader context, which wasn’t a big deal because back then it was more of a tasting room wine.”

So next came Recess Red, a clever name playing off the school playground theme, but the wine was not nearly as serious in its approach as Frenchtown Red.

“It’s different and a better wine that what we normally see for things like this,” Clubb said. “It’s a really high-quality wine.”

And Clubb has far grander plans for Frenchtown Red. It fits with the path L’Ecole took when it made the dramatic move from the popular label that featured a child’s watercolor drawing of a grape-cluster balloon hovering over the 1915 schoolhouse.

“When we created the new package, which has been about four years ago now, we shifted into a higher gear for L’Ecole,” Clubb said. “And my analogy for this was like when Quilceda Creek comes out with its red wines. They offer them at a lower price, but it’s still a wine from high-quality vineyards. They are just wines that don’t make the higher tier.

“That’s exactly what we’re doing with the Frenchtown Red,” Clubb continued. “We have acre contracts in all of our vineyards, so we’re managing for lower yields. These are wines that go through the same fermentations and same barrel programs. We approach every lot as if it is going into the highest tier — wines like the Perigee, Apogee, Ferguson, etc. Admittedly, though, the Frenchtown Red is from the wines we chose not to use in the more expensive bottlings.”

Estate vineyards of Pepper Bridge, Seven Hills and Ferguson are in the running each vintage for Frenchtown Red, as well as StoneTree on the Wahluke Slope, Candy Mountain near Red Mountain and Sagemoor Farms vineyards Bacchus, Dionysus and Weinbau.

“I felt really strong about this project, and it’s grown with time,” Clubb said. “We have the luxury of having been in business for a while and having settled down with a core of quality and established vineyard sites we’ve worked with. These are great spots to draw from.”

And while the vineyard contributions will change from year to year, Clubb expects the blend to stay close to 75 percent Bordeaux varieties and 25 percent Rhône varieties, particularly Syrah.

“The Syrah helps the wine to come to market pretty young,” Clubb said. “You’ve got the early mouth feel in the wine with the Syrah (15 percent), which adds to its appeal, but it’s mostly a Bordeaux blend.” 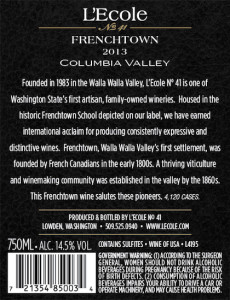 And the Frenchtown Red wines ($22) will matriculate beyond the schoolhouse tasting room.

“It’s now the wine we keep at a lower price point and allows us to offer it to restaurants as a high-quality, by-the-glass pour, so we’ll use that in branding efforts for us,” he said.

L’Ecole No. 41 made international headlines last summer when the 2011 Ferguson won Best of Show at the Decanter World Wine Awards in London. It was a particularly stunning achievement considering not only that it beat out European blends at the prestigious 15£-and-over price point, but it marked the first commercial bottling of Bordeaux varieties from Ferguson, an exciting young estate site near Seven Hills Vineyard.

In some respects, the Frenchtown Red will be equally as important in the L’Ecole portfolio and carrying the message.

“It goes with one of our themes — if it has our name on it, then you know you are getting a good bottle of wine,” said Clubb, whose work led L’Ecole to become Wine Press Northwest magazine’s Pacific Northwest Winery of the Year in 2004.

And the rollout of Frenchtown Red next month gives L’Ecole No. 41 another reason to celebrate in 2015.

“We’re stretching this birthday thing out,” Clubb said. “You only do the 100-year thing once.”

L’Ecole No. 41 has scheduled several special events in conjunction with the 100th anniversary of the schoolhouse.

Classroom Series events provide an opportunity to taste, learn and ask questions. Each takes place at the winery and is led by the winemaking team.  Times & prices vary. RSVP required.

L’Ecole celebrates its reserve program with unique private tours and seated tasting in the cellar of the historic Frenchtown Schoolhouse. Wines include a selection of new releases, library or limited production wines. Cost is $30 per person or $15 for wine club members. Each reserve tasting is limited to 15 people, and reservations are required.