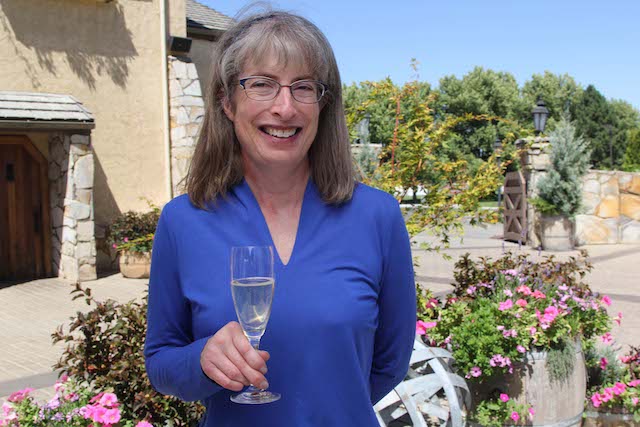 WOODINVILLE, Wash. – One of the largest sparkling wine producers in the country has a new winemaker at the helm for the first time in nearly 20 years.

Paula Eakin has been named head winemaker for Michelle Sparkling Wines, the bubbles division of Ste. Michelle Wine Estates. She succeeds Rick Casqueiro, who is retiring.

“Sparkling wine fascinates me,” Eakin stated in a news release. “I enjoy the pop of the cork and pouring of the wine into the flute and watching the tiny bubbles ascend in the glass.”

Eakin has been with Ste. Michelle Wine Estates for more than two decades, joining the company in 1994 as a lab technician at Chateau Ste. Michelle’s Canoe Ridge Estate red winemaking facility in the Horse Heaven Hills. In 2001, she moved to nearby Columbia Crest as an enologist. In 2004, she was promoted to assistant winemaker with a specialty in white wines. And most recently, she has been working alongside Casqueiro to learn the sparkling winemaking process.

“Bubbles are great anytime,” she said, “not just holidays and celebrations. More than that, though, I love the entire sparkling winemaking process from grapes to disgorge bottling – the traditional second fermentation in the bottle that is key to quality sparkling wine.” 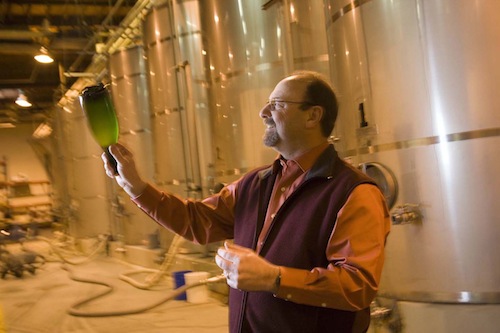 Rick Casqueiro was the longtime winemaker at Domaine Ste. Michelle, until recently retiring after nearly 20 years at the helm. (Photo courtesy of Ste. Michelle Wine Estates)

Casqueiro grew up in California and was fascinated with winemaking at an early age because his grandfather – who emigrated from Portugal – would make wine each year. After earning a chemistry degree from Cal State University-East Bay, he studied at the University of California-Davis.

Casqueiro worked at Weibel Champagne Vineyards from 1978 to 1994, working his way up to vice president and winemaker. In 1994, he moved to Washington to become winemaker at Coventry Vale, a custom-crush producer in the Yakima Valley town of Grandview.

In 1996, Casqueiro came to Domaine Ste. Michelle to take over the company’s sparkling wine operation, growing the brand to more than 300,000 cases, making it by far the largest bubbly producer in the Pacific Northwest and one of the largest in the country using the traditional methode champenoise style of winemaking developed in Champagne, France. Under this method, the second fermentation – the one that produces the bubbles – takes place in the bottle, rather than in a tank.

In September 2013, Domaine Ste. Michelle went through a branding update, with a new label, a new name – Michelle Sparkling Wines – and a slight trimming of the styles of wine produced.

Eakin was born in Spokane and grew up in nearby northern Idaho. She earned a degree in food and nutrition from the University of Idaho before moving into winemaking.

“Eastern Washington’s dry, warm climate and cool nighttime temperatures produce balanced, flavorful grapes with crisp acidity, which is critical for quality sparkling wine,” Eakin said. “Our growing conditions and northerly latitude produce sparkling wines with delicate aromas and flavors. I look forward to spending more time in the vineyards and working with our growers and vineyard managers to find the best fruit possible for our cuvées”