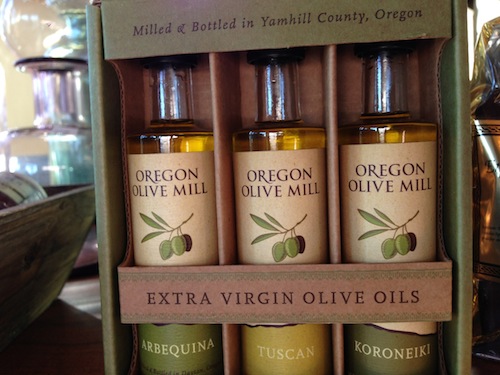 DAYTON, Ore. – Here in the northern Willamette Valley, the Pinot Noir pioneers of the ’60s and ’70s were thought to be crazy. It was too cold and wet to grow wine grapes here.

Olives? They are grown in warm, Mediterranean climates such as Spain, Italy, Greece and Israel. Surely the northern Willamette Valley is way too cold for olive trees to survive, much less thrive.

But Durant is proving once again that what was thought to be preposterous not only is possible but is, in fact, reality.

In mid-February, we caught up with Durant to talk about wine, olives and the Dundee Hills. 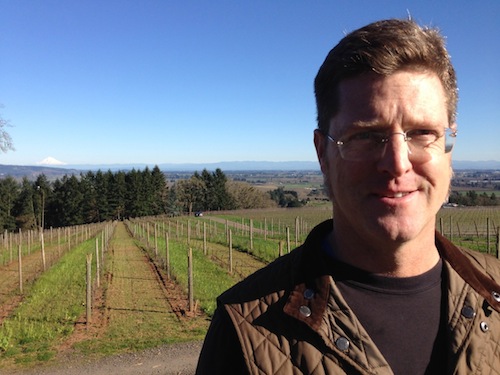 Paul Durant of Durant Vineyards is a second-generation grape grower who now is pioneering olive production in the Dundee Hills. (Photo by Andy Perdue/Great Northwest Wine)

Ken and Penny Durant own and operate 60-acre Durant Vineyards. They began planting grapes here in the Dundee Hills in 1973, making these some of the oldest vines in the northern Willamette Valley.

“They’ve been at it a long time,” Paul Durant said of his parents. “I’ve had the good fortune to grow up in the industry.”

“I want the farming to show through in the vines,” Durant told Great Northwest Wine. “I like vintage-to-vintage variability. I think that is what makes wines really charming.”

Most of Durant Vineyards’ wines are sold through the tasting room and online, though a bit makes it into distribution in Portland. 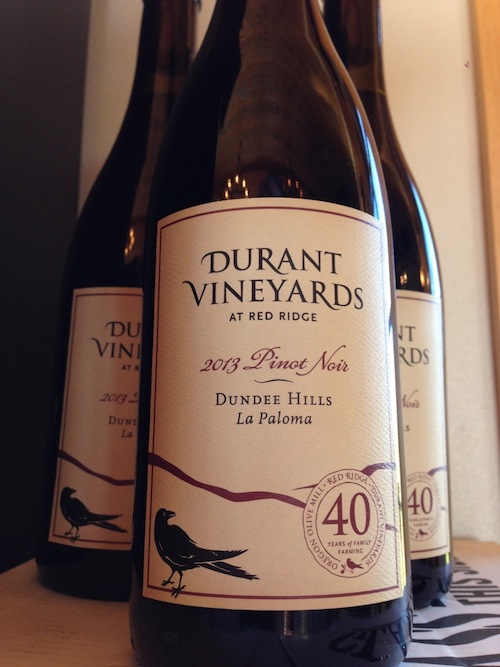 Durant Vineyards sells most of its grapes to other wineries, but it keeps enough to make seven different Pinot Noirs. (Photo by Andy Perdue/Great Northwest Wine)

While the Durant family’s story may sound similar to hundreds of others’ in the northern Willamette Valley, what sets it apart is the olive trees.

In 2005, Durant planted 2,000 olive trees. It seemed like a crazy move, but he’s a farmer, and he wanted to explore the idea that certain olive trees could grow in the northern Willamette Valley and even thrive.

This isn’t about climate change, Durant said. It’s about finding the right variety for this climate.

“I’ve been pretty encouraged,” he said. “We’re making some really good progress with starting to propagate our own trees off cultivars we know have survived – particularly the big, bad freeze we had in December of ’13.”

That year, when an unusual cold snap hit much of the Pacific Northwest, Durant’s growing olive operation dropped from 13,000 trees to about 9,000. Now he’s in the process of building it back up by using cuttings from the trees that came through the winter event OK.

“I’m kind of enchanted with it,” he said. “It’s similar to when David Lett (of The Eyrie Vineyard) was up here and had cuttings, and we all took cuttings from David and started figuring out how to grow. We’re starting to do the same thing with olive trees. It’s really exciting.”

Durant has found that the Italian olive variety Leccino seems to be particularly adaptive to northern Oregon, and he’s found that certain clones of Leccino can thrive better than others. 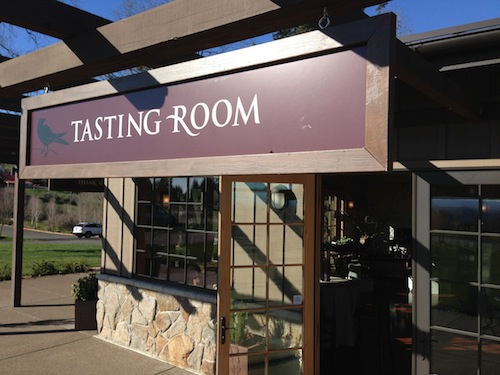 Durant makes several kinds of olive oils, both from estate trees and fruit he brings in from Northern California.

“I can’t grow enough,” he said. “So I do go and source some fruit and make that here on the property.”

Durant created Oregon Olive Mill in 2008, where he processes the olives and makes fresh oil each fall. While his wine grapes typically are picked by the end of October, he hangs his olives as late as possible.

“They can hang through virtually any weather event short of a hard freeze,” he said.

While the wine and olive industries often stand side by side in the Old World, the resulting products could not be more opposite in their use and lifespan.

“The processing here never ends,” he said. “It’s all about preserving freshness. How do you preserve that freshness that was created from the fruit and then is translated into the oil? In our case, we bottle every week.”

Durant keeps his olive oil in tanks under pristine conditions, then bottles them as seasonal demands dictate. Each bottle carries a stamp of when the fruit was milled and when the oil was bottled.

“Olive oil is like fresh-squeezed orange juice,” he said. “It’s at its pinnacle when it is fresh. It doesn’t go through these beautiful aging processes like a wine will. It really needs to be well taken care of and then consumed.”

Durant suggests that consumers should use olive oils within 12 to 14 months after they are bottled.

Oregon Olive Mill products are self-distributed. Durant’s oils are sold through Whole Foods in Portland – and is going to soon expand into Seattle. They’re also sold at PastaWorks, as well as Made In Oregon stores. And, of course, they are sold through Durant Vineyards.