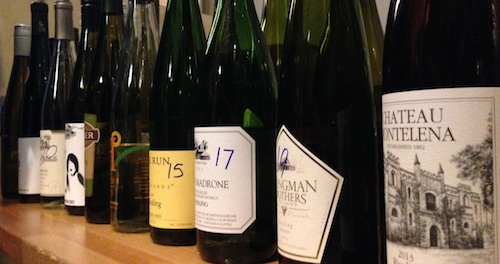 More than 20 Rieslings from across North America were tasted blind in the second annual Judgment of Geyserville. (Photo by Andy Perdue/Great Northwest Wine)

GEYSERVILLE, Calif. — If you think the Pacific Northwest is home to some great Rieslings, you wouldn’t be wrong.

But if you believe our corner of the continent is the only region in North America that is crafting world-class Rieslings, well, that isn’t exactly correct.

In January, a group of wine experts from across the United States gathered to conduct a blind tasting of Rieslings from seven distinct regions across the continent. The results were both predictable and startling.

We called this the second annual Judgment of Geyserville, named after the Sonoma County town where we staged the judging and in honor of the famous 1976 Judgment of Paris, the blind tasting that put California on the world wine map when it more than held its own against some of the best wines of Bordeaux and Burgundy. 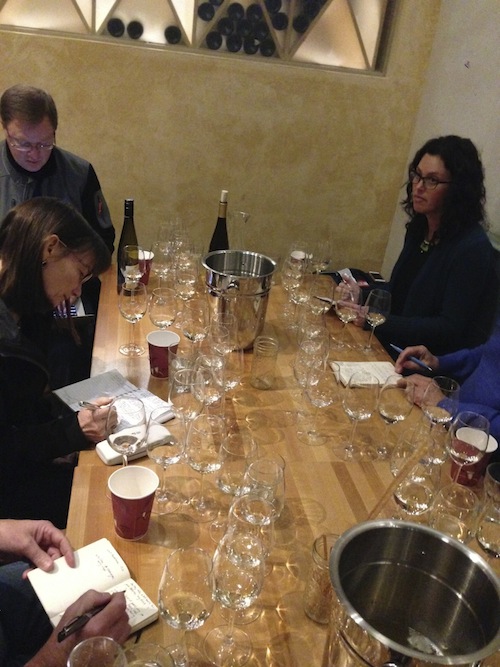 Judges at the second annual Judgment of Geyserville tasted through more than 20 Rieslings from across North America. (Photo by Andy Perdue/Great Northwest Wine)

The Judgment of Geyserville began in January 2014, when a few of us got together to taste Cabernet Sauvignons from Washington and California. This year for the second edition, we chose Riesling. Each participant was assigned a region from which to research and choose three superb examples of dry Rieslings. They were:

Mike Dunne, wine columnist for The Sacramento Bee. He selected the Rieslings from California.

Ellen Landis, a highly respected wine judge who lives in Half Moon Bay, Calif. She selected the Rieslings from Michigan.

Dan Berger, a syndicated wine columnist, wine competition director and wine journalist who lives in Santa Rosa, Calif. He selected most of the Rieslings from British Columbia.

Leslie Preston, owner of Coiled Wines in Garden City, Idaho, and a former California winemaker. She selected the Rieslings from Idaho.

Jim Trezise, executive director of the New York Wine & Grape Foundation and president of the International Riesling Foundation, who lives in the Finger Lakes. He selected the Rieslings from New York.

Eric Degerman, president and CEO of Great Northwest Wine, independent wine columnist and frequent international wine judge, who lives in Richland, Wash. He selected Rieslings from Oregon and as well as British Columbia.

Andy Perdue, editor and publisher of Great Northwest Wine and Seattle Times wine columnist, who lives in Richland, Wash. He selected the Rieslings from Washington.

Also joining us was Ron Washam, a longtime California sommelier who writes the wildly popular blog, The HoseMaster of Wine. 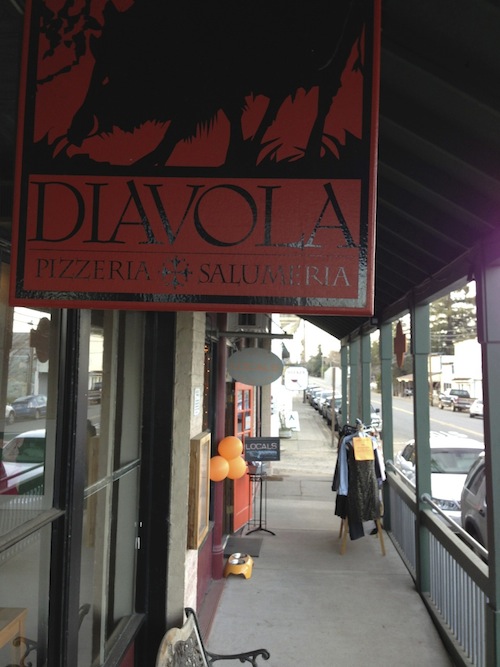 Diavola Pizzeria and Salumeria in Geyserville, Calif., was the setting of the second annual Judgment of Geyserville. (Photo by Andy Perdue/Great Northwest Wine)

We ended up with 22 Rieslings (one judge brought an additional near-cult Riesling from British Columbia), and all were tasted blind. The tasting took place at Diavola, a superb Italian restaurant on the main drag in Geyserville.

Each wine was judged independently, and majority ruled. Thus, for a wine to win a gold medal, it had to earn at least four golds from the seven judges.

Here is the order of finish of the Judgment of Geyserville:

A look at the results 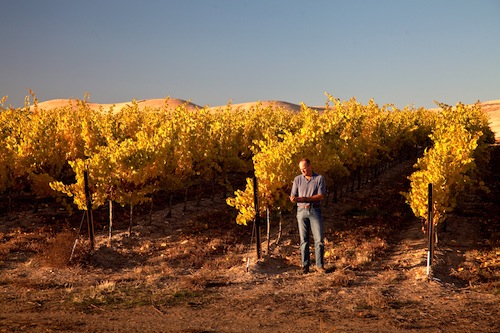 The only unanimous gold medal of the 22 wines in the Judgment of Geyserville was from the king of Rieslings. Chateau Ste. Michelle in Woodinville, Wash., makes more Riesling than any other winery in the world. The Dry Riesling was the least-expensive and highest-production wine in this tasting, with 100,000 cases made by head winemaker Bob Bertheau and Australian-born white winemaker Wendy Stuckey.

Also of interest: The Charles Smith and Jones of Washington Rieslings came from Ancient Lakes of Columbia Valley, a relatively cool region in the Columbia Valley known for its high-quality Riesling plantings. And though it is labeled as “Columbia Valley,” the Ste. Michelle Dry Riesling uses significant amounts of Riesling from Ancient Lakes. This would indicate that this region already is establishing itself as one of the premier appellations in the continent for growing Riesling.

Perhaps of surprise to most of the judges is that the wines in the Nos. 2 and 3 positions were from Michigan, a region that is coming into its own for quality Riesling.

Also of note is that two wines each from Michigan, New York, Oregon and British Columbia earned gold medals, proving they can be counted on for crafting superb Rieslings. The up-and-coming Snake River Valley region of Idaho showed it can be a player, with three silver medals in the Judgment of Geyserville.

The only region that didn’t show particularly well was California, a result that disappointed Mike Dunne, who wrote in his Sacramento Bee column that he’s long enjoyed his selections and was surprised they didn’t perform better.

Links to others’ impressions

Some of the participants also wrote about their experience at the second annual Judgment of Geyserville. Here are some links: