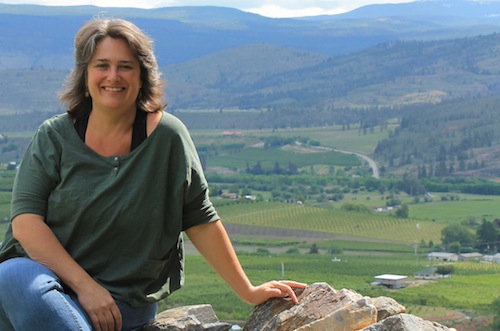 Six British Columbia winemakers will make the trip of a lifetime today when their wines are featured at the iconic James Beard House in New York City.

Sandra Oldfield, president and CEO of Tinhorn Creek, made the trip to pour her 2013 Gewürztraminer paired with Carrot Terrine with Smoked Trout, Alberta Premium Rye Whisky Mousseline, Ginger-Barley Crisp and Minus 8 Maple Brix Verjus by Liana Robberrecht, chef at the Calgary Petroleum Club.

“Americans seem to like our Gew,” Oldfield, who grew up in the Bay Area, wrote Great Northwest Wine via text. “They expect it to be sweet and are pleasantly surprised that it is not. I think it will be a great honour to pour at the James Beard House!”

Maggie Anderson, BCWI marketing director, said in a news release, “We are thrilled about this new culinary collaboration, and excited to share our best with New York.”

Andrea Visscher, public relations manager at Tourism Calgary, said, “We are proud to showcase an acclaimed all-female lineup of Calgary chefs for an inventive and hearty feast that highlights the best local fare from across Alberta.” 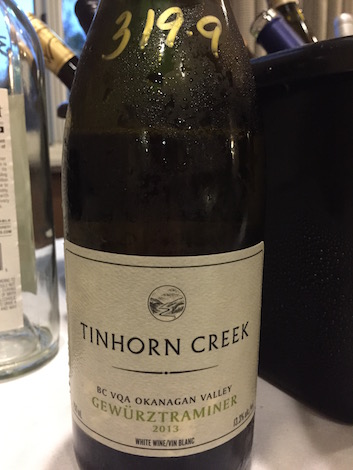 This year marks the 25th anniversary of the British Columbia Vintners Quality Alliance, an initiative spearheaded by Harry McWatters. The VQA movement, sponsored by the provincial legislature, certified quality as well as a guarantee that 100 percent of the fruit came from British Columbia.

“This will be an exclusive opportunity for New Yorkers to discover what makes the wines of British Columbia so special,” Anderson said. “Our unique terroir and climate create a wine style unlike anywhere in the world, and we are excited to partner with Tourism Calgary and ACTA to showcase our exceptional wine and food pairings with distinguished media and guests.”

The main event will be held over lunch, targeting key New York trade and media, and will be followed by a consumer/Beard House member dinner that evening.

Portland-born James Beard, who grew up with a love for theater, moved to New York City and subsequently launched a catering business prior to World War II. He began appearing on national TV after the war and soon was coined “The Dean of American Cuisine” by Julia Child.

During the 1950s, he operated culinary schools in New York City and Seaside, Ore., and went on to sign endorsement deals with a number of prominent food products.

Beard died in 1985, and a number of his supporters purchased his Greenwich Village home. They turned it into the James Beard House and established the non-profit James Beard Foundation. Its stated mission is “to celebrate, nurture and honor America’s diverse culinary heritage through programs that educate and inspire.”

Today, however, that mission should be broadened to read “North America’s diverse culinary heritage.”