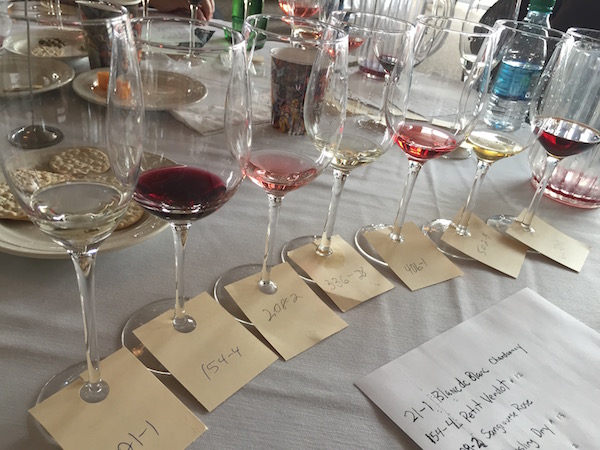 The Chateau Ste. Michelle and Dr. Loosen 2013 Eroica was named best white wine at the 2015 Pacific Rim International Wine Competition in San Bernardino, Calif. The dry Riesling, No. 336-28, appears during the April 23 best-of-show sweepstakes in the same lineup as the Michelle NV Brut — No. 21-1. (Photo by Eric Degerman//Great Northwest Wine)

SAN BERNARDINO, Calif. — Bob Bertheau and his team at Chateau Ste. Michelle nearly stole the entire show at the 30th annual Pacific Rim International Wine Competition after winning awards for best of class in both the dry and off-dry Riesling categories as well as grand champion for best white wine.

The 2013 Eroica  ($20) from Washington’s Columbia Valley came within a single vote of claiming best of show at the San Bernardino, Calif., judging, which is held in conjunction with the 100-year-old National Orange Show.

The 2013 Eroica Gold ($30) won best of class among off-dry Rieslings, while the 2013 Dry Riesling ($10), a stunning, large-production wine, also earned a gold medal. It essentially lost out in the dry category to the Eroica — the wine that many in the industry credit with helping to inspire the rebirth of Riesling in the United States. The project, which began with the 1999 harvest, remains a partnership with famed German Riesling producer Ernst Loosen.

“I am so excited about our ‘Riesling Trifecta’ at the Pacific Rim International Wine Competition,” Bertheau told Great Northwest Wine via email. “Gold for our Dry Riesling, Best of Class for Eroica Gold and Best White Wine for our Eroica!

“Well, of course, Riesling is kind of a big deal for us, and we love making them, but it is super exciting when others see how diverse and special our Washington state Rieslings can be,” Bertheau added. “Now grab a plate of Thai food, seafood, Indian food, heck just about any food — and let’s celebrate.”

Best-of-show honors went to Rancho de Philo in the nearby Cucamonga Valley for its Triple Cream Sherry ($39). The solera-style product of Mission grapes earned its way into the sweepstakes by topping the fortified category, and gold medals in major Southern California competitions are a tradition for this coveted nectar. Production is limited to about 350 cases each year, and it is the only wine produced by the family with six generations of winemaking in its background. 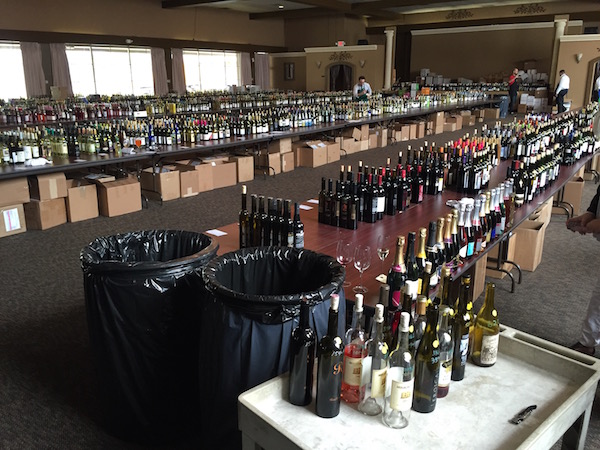 Walla Walla Vintners amassed four gold medals, led by a best of class award for its 2012 Estate Syrah as well as gold medals for the 2012 Cabernet Franc, 2012 Sangiovese and 2012 Bello Rosso, a Super Tuscan-style blend. Earlier this year, the 2012 Estate Syrah made by William vonMetzger received a double gold at the Savor Northwest Wine Awards.

Victor Palencia, Wine Press Northwest magazine’s 2015 Washington Winery to Watch, continued his hot start to the competition season under his Palencia Wine Co., operation with a best of class for his 2014 Albariño and a gold for the Vino La Monarcha 2014 Pinot Noir Rosé — which won best of show at last month’s Great Northwest Wine Competition. 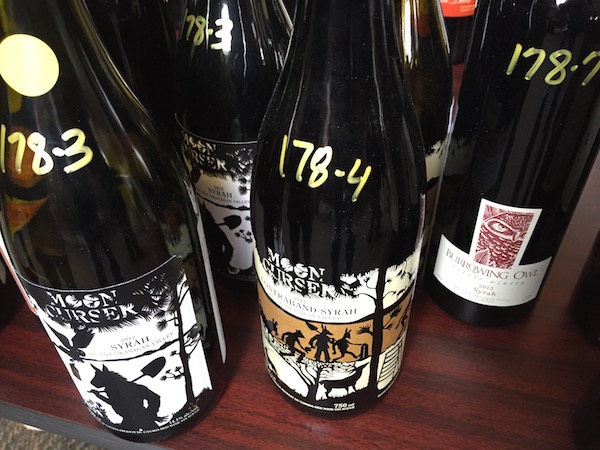 Moon Curser Vineyards in the British Columbia resort community of Osoyoos, received praise from judges at the 2015 Pacific Rim International Wine Competition in the form of four gold medals. Three of those golds were for its work with Syrah. (Photo by Eric Degerman/Great Northwest Wine)

Moon Curser Vineyards in Osoyoos, British Columbia, earned four gold medals — three of them involving Syrah, including a best of class for its 2012 Dead of the Knight blend. The competition also served as the latest example of the Okanagan Valley’s success with the Rhône grape, as Burrowing Owl Estate Winery also earned a gold medal for its 2012 Syrah.

Schmidt Family Vineyards in Oregon’s Applegate Valley was awarded best of class for its 2012 Tempranillo.

The National Orange Show Events Center operates as a non-profit public benefit corporation and manages a 120-plus acre, multiuse facility with the annual Citrus Fair as the centerpiece. Coke Roth, an attorney in Kennewick, Wash., continues to serve as the competition’s chief judge.