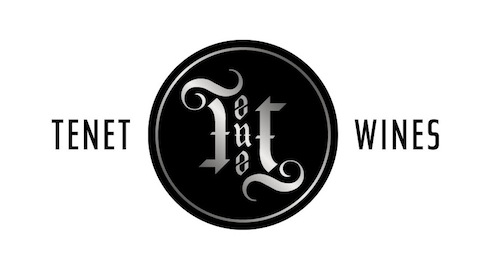 The project began when the three winemakers met in Washington after the 2012 harvest. Despite that vintage’s broad acclaim, the team decided to wait a year to make sure they would be able to sort out which vineyards and styles they wanted to target.

“Syrah and other Rhône varietals from Washington are generally closer in style to the wines of the Old World than to other wines of the New World,” said Cambie, who grew up in Southern France’s Languedoc region. “This is why Michel and I chose to come here, and we’re happy to have found the ideal partners in Chateau Ste. Michelle.”

The collaboration will begin with three wines: two from Washington and one from France.

The two Washington wines were made at Chateau Ste. Michelle’s Canoe Ridge Estate, where the winery’s red wines are produced.

Much like Eroica, there is no immediate plan to have a tasting room facility for Tenet Wines, said Ryan Pennington, director of communications for Ste. Michelle Wine Estates. Availability will be limited to wine shops and restaurants.

Col Solare, meanwhile, has its own tasting room and estate vineyards on Red Mountain.

Bertheau, who joined Chateau Ste. Michelle as its white winemaker in 2003 and was promoted to head winemaker in 2004, works closely with Loosen on Eroica. Now he has the opportunity to take on another international collaboration with Tenet Wines.

Joining Bertheau as Tenet’s co-winemaker is Gassier, while Cambie will serve as consulting enologist.

Gassier grew up in Southern France on his family’s estate. He earned a master’s degree in agricultural engineering from Purpan Engineering School in Toulouse. He makes six wines under his Miche Gassier label and has a tasting room just south of Nîmes.

“By completely rethinking our approach here in the Southern Rhône, we are able to craft wines with more complexity and a truer expression of the terroirs,” Gassier said in a news release. “I believe that because of its latitude, basalt soils and access to water, Washington is the perfect spot in the United States to produce Rhône varietal wines that are balanced, vibrant and have a sense of place.”

Cambie, who earned his winemaking degree from the University of Montpellier, works in Châteauneuf-du-Pape, consulting and making his own wines. He has earned wide acclaim from Robert Parker and Wine Spectator.

Bertheau said he is excited about this new collaboration.

“We’ve been working with Syrah and other Rhône varieties in Washington for a long time,” he said in a news release. “But Philippe and Michel brought an interesting exchange of ideas that helped us look at Syrah in new ways. We’re very happy with these 2013 wines, and we’re excited to continue our exploration together with future vintages.”

Ste. Michelle CEO Ted Baseler, who has reshaped the company with several international collaborations – primarily exclusive import and distribution partnership, was happy to add another to what he refers as his company’s “String of Pearls.”

“We’re very pleased that Tenet Wines will allow more people to enjoy what makes these wines so special,” Baseler said. “Syrah and other Rhône varietals from Washington have proven that they belong on the world stage.”