Is it time for Syrah to be cool again? 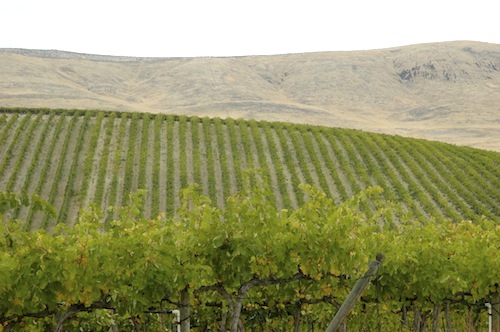 In the Pacific Northwest, the first Syrah planted was at Red Willow Vineyard in the western Yakima Valley. (Photo by Andy Perdue/Great Northwest Wine)

It hasn’t been that many years since Syrah was the hot variety in the Pacific Northwest. It just seems like it.

The first Syrah in the Northwest was planted at Red Willow Vineyard in Washington’s Yakima Valley in 1986. After the 1996 freeze and what little Syrah was planted came through OK, the floodgates opened for Syrah plantings not only in Washington, but also throughout the Pacific Northwest.

Then a half-dozen years ago, the national interest in Syrah waned, partly because of Australia flooding the country with cheap Shiraz and partly because wine lovers became more interested in other grapes.

Small producers of high-end Syrah have never really seen a downturn because their fans never gave up on the grape. Meanwhile, Syrah plantings – especially in Washington, where the grape is No. 5 – have continued to increase, partly because Syrah adds something rich and luscious to red blends.

This would seem to signal that perhaps Syrah will become cool again with consumers, retailers and restauteurs. And let’s hope so. Syrah is a delicious wine that is easy to like and pairs well with many styles of cuisine.

We’re ready for a Syrah renaissance, and here are a dozen Syrahs from Washington, Oregon and Idaho that we’ve tasted in recent weeks.