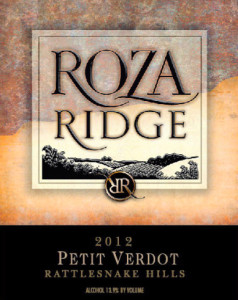 Leland and Lynda Hyatt created their eponymous vineyard in the higher elevations of the Yakima Valley in 1983, and four years later they released their first wines. In 2002, their fruit deserved a higher tier from their most prized fruit, so the family launched Roza Ridge, and single-variety wines of Malbec and Petit Verdot — traditionally reserved for blending — were part of those debut release. Winemaker Steve Hovanes shows his skill with this bottling from a cooler vintage, presenting a theme of red currant, cranberry and sagebrush, backed with remarkably well-managed and sandy tannins. Suggested pairings include Greek-influenced lamb dishes, Rabbit Cacciatora and hard cheeses. This wine earned a gold medal at the 2015 Pacific Rim International Wine Competition.