Top Washington winemakers to pour at Vintners in the Vineyard 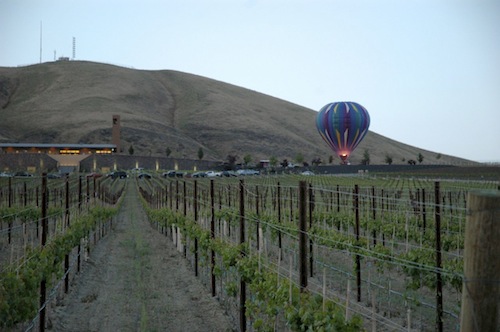 BENTON CITY, Wash. — The Auction of Washington Wines returns to Red Mountain on Saturday as 25 of the state’s top wineries and winemakers pour at iconic Col Solare as part of Vintners in the Vineyard.

In the past, this event was staged during Memorial Day weekend and branded as Revelry on Red Mountain, but Vintners in the Vineyard remains the opening event for summer of fundraising activities for the 28th annual Auction of Washington Wines. And it will be extra special this year — coming just two days after the opening ceremonies for the Wine Science Center at nearby Washington State University Tri-Cities.

“The timing of this is allowing everyone to highlight the best of what Washington can do and at the same time support Seattle Children’s Hospital, Washington State University and the Wine Science Center,” said Heather Unwin, executive director of the Red Mountain AVA Alliance. “And it’s nice that the spotlight will be on Red Mountain.”

Sherri Swingle, interim executive director for the Auction of Washington Wines, said, “We’ve had several wineries in the past few years that have not been able to participate because it’s been on Memorial Day weekend, and then when the Wine Science Center announced that its dedication will be on June 4, we thought that would be a great weekend for us. There’s a lot of moment with the opening of the Wine Science Center, and we wanted to be a part of all the excitement.

“You don’t want to go back and forth on the date of an event, but it’s the appropriate thing to do this year,” Swingle added. “Whether we keep it the weekend after Memorial Day, we’ll see.”

Saturday’s group is a rather elite collection of vintners from throughout the state, and the traditional presence of so many winemakers has made this event — with an average attendance of 125 — different from large festivals.

“It’s a really intimate event, and the organizers specifically ask the winemakers to be there, so people really get to hang out with them,” Unwin said. “They get to have conversations with the winemakers and ask questions of them. The winemakers are taking their time out of their schedules on a Saturday night because this is so important to them.”

Attendance for this year’s event is expected to be higher than in the past, in part because many in the industry will be in Richland for the opening of the Wine Science Center. Unwin said a company that handles exports to China also has asked to attend Saturday’s Vintners in the Vineyard.

Saturday’s festivities along Antinori Road near the top of Red Mountain will be complemented by appetizers from Jake Crenshaw, executive chef and owner of Olive Marketplace and Café Catering in Walla Walla.

Tickets are $95 per person, and sales are limited. Round-trip transportation from The Courtyard by Marriott in Richland to Col Solare is an additional $25 per person. Reservations for the shuttle service are required.

Organizers said ticket sales are brisk and are available via the website or by calling (206) 326-5754. 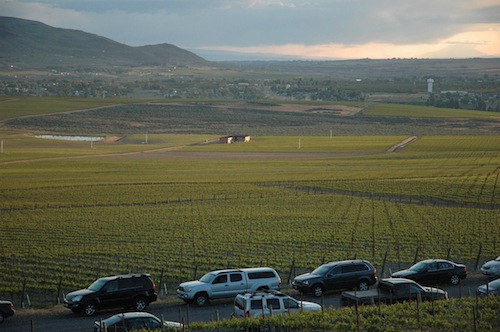 The Auction of Washington Wines, created in 1988, has raised more than $31 million for its beneficiaries, with a majority helping to fund uncompensated care at Seattle Children’s Hospital. A portion of the proceeds also go toward Washington State University’s Viticulture & Enology Program.

This year, DeLille Cellars in Woodinville serves as honorary vintner of Auction of Washington Wines, joined by Dick Shaw as honorary grower and journalist Andy Perdue as honorary chair.

The schedule for the August events includes:

Several auction lots will be available Saturday at Vintners in the Vineyard, and they include:

Private tour, tasting for six at Col Solare
Your party of six will be invited to tour the estate vineyard and cellars and enjoy a special wine and cheese pairing experience. You will learn about this Bordeaux style blend while touring the estate vineyard, winery and cellars. There will be time to enjoy the expansive view from our Red Mountain tasting room while sampling two vintages of Col Solare for a side by side taste comparison. 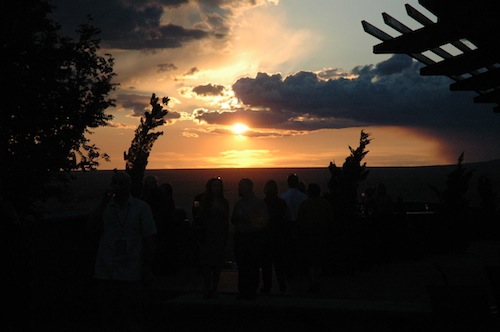 Here is the list of wineries, winemakers and wines scheduled for Saturday during Vintners in the Vineyard at Col Solare: