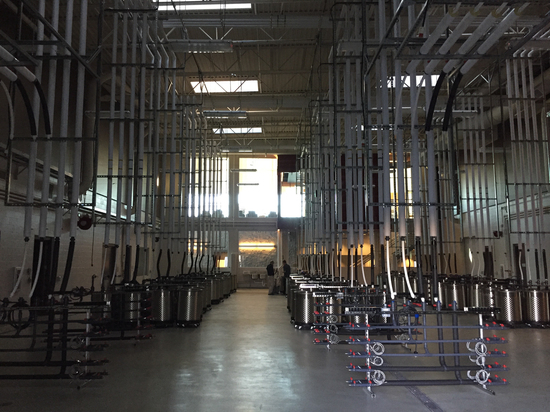 RICHLAND, Wash. — The Ste. Michelle Wine Estates Wine Science Center opened its doors to the public on Thursday, and it was a proud day not only for Washington State University Cougars but also the Washington state wine industry.

Perhaps no one was more proud than Ted Baseler, a Coug who graduated from WSU in 1976 with a degree in communications.

“At the risk of sounding too dramatic,” Baseler told the audience, “this achievement is historic and will change our industry for the next century.”

The CEO of Ste. Michelle Wine Estates orchestrated a $500,000 donation from his company to complete the fundraising for the $23 million facility that includes space for education, research and winemaking.

“This is indeed a dream come true, and this great honor for everyone at Ste. Michelle Wine Estates — to be represented on this state-of-the-art facility is incredible,” Baseler said. “And to be clear, we did not ask for this recognition, but we are very proud of the contributions that we have made to make the Wine Science Center a reality.” 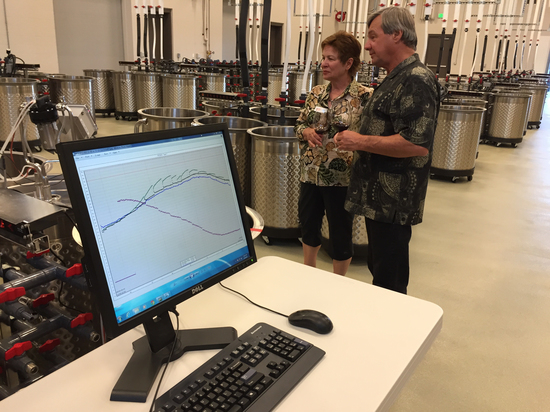 Steve Warner, president of the Washington State Wine Commission, noted his members already produce some of the world’s best wine, and the Wine Science Center will continue to add to the luster. In fact, the Columbia Crest 2005 Reserve Cabernet Sauvignon was named the world’s No. 1 wine in 2009 by Wine Spectator magazine.

“I am very proud to say that for six consecutive years, Washington state had the highest percentage of exceptionally rated wine,” Warner continued. “We outperformed California, Oregon, France, Italy, Spain — you name it. I know I’m preaching to the choir here, but ladies and gentlemen, we have definitely arrived. We are No. 1 when it comes producing world-class wine.”

The 40,000-square-foot facility was built through the collaborative efforts of agencies and organizations. Port of Benton donated land next to the WSU Tri-Cities campus in Richland, while the city of Richland formed a development authority to handle construction. Both the land and building now belong to the university.

The Washington Association of Wine Grape Growers and the Washington State Wine Commission donated more than $7 million in cash and contributions toward the Wine Science Center. The state Legislature pledged nearly $5 million, and the U.S. Economic Development Administration provided more than $2 million.

“I’m here to represent the industry, and they have decided not to take their foot off the gas pedal,” Warner said. “The wine industry believes that V&E — viticulture and enology research is a strategic imperative to the future growth of the Washington state wine industry, so we are putting about one-quarter of our budget each year into research. That’s how important it is to the future growth of our industry, and we believe the Wine Science Center will help us attract, train and retain some of the best talent in the world.

“That will lead to some of the best research coming out, and that research will benefit every winery and every producer in the state of Washington,” he added.

Baseler thanks UC-Davis for advice on building 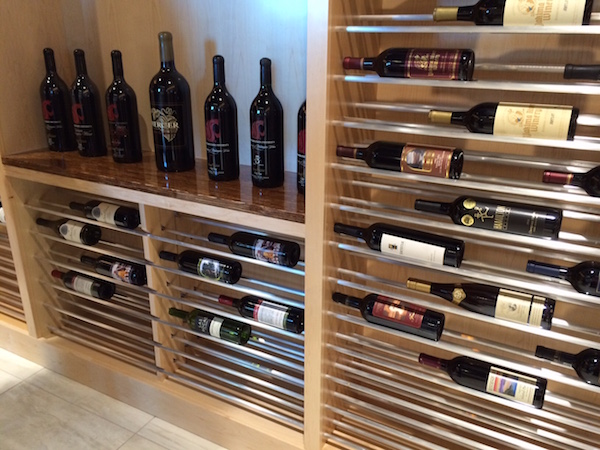 Baseler, who grew up in Oregon and graduated from WSU in 1976 with a degree in communications, he took a moment to thank the University of California-Davis — home to the country’s top program for wine research and education — for sharing some insight on the design of WSU’s center.

“I want to recognize Roger Boulton and the UC-Davis team for their help in this project,” Baseler said. “It has been gratifying to observe the academic collaboration.”

Thomas Henick-Kling was hired in 2009 to run the WSU’s viticulture and enology program and has overseen the building of the Wine Science Center. He has worked in wine programs at Charles Sturt University in Australia and Cornell University in New York.

“We have excellent faculty,” Baseler said. “Now we have the facilities to allow them to reach their full potential.”

Among the dignitaries attending Thursday’s ceremony were Oregon State University’s Mark Chien, program director for the Oregon Wine Research Institute, and Tom Danowski, executive director of the Oregon Wine Board.

Danowski, a former Ste. Michelle marketing executive, applauded the Wine Science Center and said he looked forward to his industry participating and collaborating in research that will benefit in particular growers and winemakers working with warm-climate varieties in areas such as Eastern Oregon and Southern Oregon.