GARDEN CITY, Idaho — Coiled Wines, one of Idaho most acclaimed and innovative brands, will move this fall into Telaya Wine Co.’s new winery and tasting room along the Boise River next to the Riverside Hotel in Garden City.

“It’s only going to benefit Coiled,” owner/winemaker Leslie Preston told Great Northwest Wine. “We’re going to have so many people from out of town come by the winery, and this will allow us to showcase what we can do in Idaho.”

Earlier this spring, Telaya owners Earl and Carrie Sullivan broke ground on their 11,000-square-foot vinification facility along the Greenbelt, a paved and popular biking and pedestrian trail that links the capital city’s bedroom community to Boise State University. The Sullivans have been negotiating with Preston and her husband, Ross Lamm, to bring in Coiled under their new roof. It’s a relationship that started in 2012 when Preston moved back home from the Napa Valley and began making wine alongside the Sullivans at the 44th Street co-op winery owned by Joe Schnerr and Melanie Krause of Cinder Wines.

“It will be good for us to work together in the same space,” Sullivan said. “We’re fortunate enough to be able to build a winery and share the space with Leslie. She is renting space for her tasting room and production, and she signed a long-term lease for that space. She really wants to focus on the winemaking and not the business of running a production facility.”

Both Coiled and Telaya will crush their Idaho grapes at Cinder one last time this fall, however.

“We’re targeting Nov. 1 for moving in,” Sullivan said. “We’ve talked with Mel and Joe, and there’s an offer on the table for us to do our harvest there at 44th Street because of the hit Idaho fruit took over the winter. None of us will grow our Idaho profiles from the 2015 vintage, and in some cases they will shrink. I’m guessing that some of our production blocks will see a 30 to 40 percent reduction in yield.”

Case goods for both Telaya and Coiled will start being moved in August, and they will be in their new tasting room along the Greenbelt by Dec. 31.

“Probably everything will be in barrel by the time we get into the new facility,” Sullivan said.

Preston plans to grow Coiled from 2,000 cases to 3,000 cases, but it won’t happen this year as she also pointed to the winter damage suffered at some of her favorite vineyards.

“There is a Skyline block of Syrah that is down 30 percent from last year, and that’s one of two major vineyard sources for me,” she said. “Some vineyards and some blocks came out of it just fine, but some did not.”

Both Coiled and Telaya have merited headlines and gold medals in the past couple of years. Wine Press Northwest magazine awarded Coiled its 2014 Idaho Winery of the Year, and the Washington state-based publication named Telaya Wine Co., its 2015 Idaho Winery to Watch. 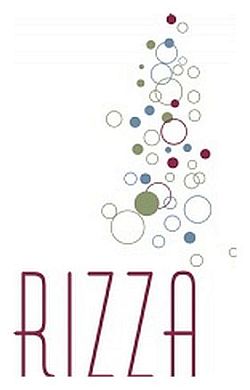 However, there’s very little in common between Coiled and Telaya — single bottlings of Syrah and small lots of Petit Verdot — and their personalities seem to be more like salt and pepper rather than oil and water.

“I’m probably more AR than she’d like, and she’s more free-flowing than I like, but that gives me some unique perspectives,” Sullivan said. “I tend to get wrapped up in the details, and Leslie is really, really good at finding a natural course for the wine. But I can’t remember an argument that Leslie and I have had with anything. It’s like the perfect roommate.”

Telaya’s focus is on Cabernet Sauvignon, Chardonnay, Viognier, Malbec and red blends, while also working with Counoise, Mourvèdre and Grenache Blanc. At this point, neither winery has plans to produce a rosé, but Telaya is working on two barrels for a fortified program — another club-only release.

Coiled produces bold expressions of Syrah and Syrah-based blends, and Preston also has revived interest within Idaho and beyond for Riesling from the Snake River Valley. She’s been a remarkably quick study with Germany’s noble grape, first producing it in a bone-dry, citrusy style that’s attracted global attention. This winter, she bottled a scintillating sparkling Riesling for the first time and achieved virtual overnight success.

This summer, Preston will release a Chardonnay and once again, she’s pushing the envelope by offering the Chablis-inspired wine in an AstraPouch — a 1.5-liter bag. At this point, it’s a club-only project at $35, and she unveils it Friday.

“It’s a free-standing pouch, and the packaging is much thicker and robust than the bag-in-the-box,” she said. “It still has a spout, and I’m telling my club members that once you open it to finish it within four weeks. And because I really don’t have any experience with that packaging, I want them to consume it within six month of its release. I think it’s going to go over well here because people here are so active and outdoorsy, and it reduces the carbon footprint over glass by something like 80 percent.”

Meanwhile, the University of California-Davis graduate is working on a second label in the works called Translations. It will have many iterations, and she’s targeting an Aug. 1 debut with that brand, which also will use AstraPouch.

“There will be no rules and no boundaries,” Preston said. “The price is going to change, the appellation will change, the packaging will change and the varieties are definitely variable.”

Remarkably, but maybe not surprisingly, the Boise High School grad, Class of ‘89, now is involved in wine production in four states — Idaho, Washington, Oregon and California.

Her flashy Rizza program will grow from 300 cases to 500 cases and continue to be made with Riesling from Skyline Vineyard, yet much of the tedious work will be handled by The Radiant Sparkling Wine Co., an emerging custom bubbles operation in Newberg, Ore. Her new Translations will start with juice from Washington’s Columbia Valley, and her club-only Petite Sirah continues to be made with California fruit.

“Yeah, I know. It’s a little crazy,” Preston said. “It sounds really scattered, but it allows me to do exactly what I want to do with Coiled.”

Nothing but gratitude for Cinder Wines

While she won’t be paying them rent much longer, Preston said she’ll remain indebted to Schnerr and Krause.

“They have gone out of their way to help me,” Preston said. “They’ve been a huge part of me getting my brand developed, and they gave me the opportunity by sharing space with me and reached out and helped promote Coiled when they certainly didn’t need to do that.”

The move will be a bit liberating for Telaya, Sullivan said.

“We have people come into the tasting room — it happened just the other day — and say, ‘Oh, Cinder makes your wine.’ Oh no, she doesn’t,” Sullivan said.

The vibe will be different along the Greenbelt for Coiled Wines and Telaya Wine Co., in part because of the bonds between their families.

“I don’t believe in mixing friendships and business, but we ended up bidding against each other without knowing it at an auction for a week in a vacation home together, and our families had a great time,” Preston said. “It’s grown from there. I don’t know if there are any other human beings on Earth that I could do this with other than Earl and Carrie. We really trust other and really respect one another.”

Preston and Lamm are raising two sons, and Aiden and Ian are the same ages as the Sullivans’ boys.

“They are really good friends, and they’ll all be there together at the winery after school, either doing homework or having fun,” Preston said.

Sullivan said, “First and foremost, we are really good personal friends, and we both have the philosophy of creating high-end boutique wines. It really fits well.”

Preston, 44, who seems to thrive amid the chaos surrounding her growing winery and her growing boys, said, “I think we’re going to have a blast. I know there will be things that will come up, but this will be beyond fun.”