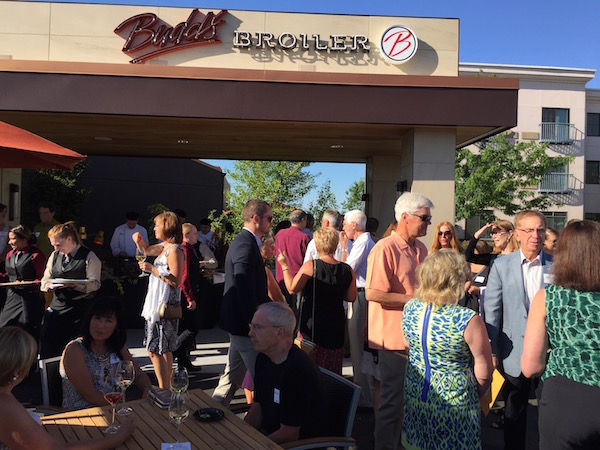 RICHLAND, Wash. — Each time Budd Gould opens a new restaurant as part of his Anthony’s Restaurants collection, he turns the event into a reunion for his family.

Saturday night, overlooking the Columbia River and the Richland Yacht Club, Gould also invited many of the Washington wine industry’s most historic figures to help he and his family celebrate their new steakhouse, Budd’s Broiler.

“It’s a big deal,” said Norm McKibben, the Walla Walla Valley vintner and grower. “There are a lot of heavy hitters here tonight. Anthony’s has definitely supported us — the wine industry and Pepper Bridge — all the way around. When they dropped us an invite, there’s no way you can turn it down.”

“When I opened my first restaurant in ’69, there really wasn’t a wine industry,” Gould said amid the ribbon-cutting ceremony. “In our restaurant, we were selling Mateus, Lancers and liebfraumilch, so it’s been a great journey for myself to learn about the wine industry and see what we’ve done in the state of Washington. And now we have our own campus right here so we can keep our students in the state of Washington.” 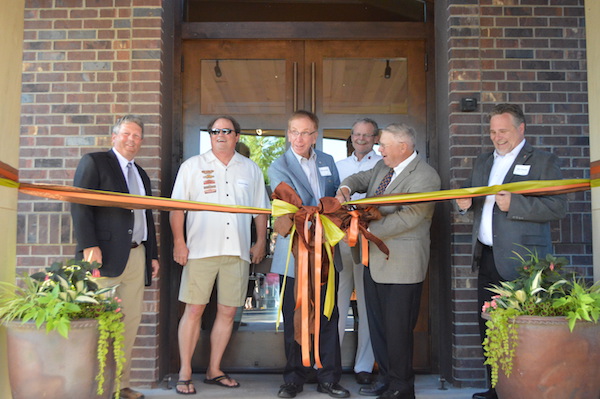 On Saturday, Gould and his team used the opening of Budd’s Broiler to raise scholarship funds for Washington State University’s viticulture and enology program. Earlier this month, Anthony’s helped by catering the grand opening of the Ste. Michelle Wine Estates WSU Wine Science Center in Richland.

“As is Anthony’s custom whenever we open a new restaurant, we try to partner with a non-profit group, a charity-based group or an educational group and a do a fund-raiser for our grand opening celebration,” said Lane Hoss, Anthony’s VP of marketing. “We’re helping raise scholarship money for students because we all know that we’ll benefit from more people making great wine in Washington.”

Thomas Henick-Kling, director of WSU’s viticulture and enology program, said, “Washington has a great wine industry and wonderful restaurants, and we appreciate one more coming to Richland.”

Budd’s Broiler marks the reopening of a building that originally was Sundance Grill, a regionally famous but ultimately short-lived restaurant with an exceptional wine program. Anthony’s bought the building in 2006 and used it as a conference and private event center until early 2015. Gould and his team operate steakhouses in Bellingham, Everett and Olympia, but this their first in Washington wine country — and the first named after the company’s founder.

“I have half of my grandchildren here, six of them, and they all call me ‘Bubba,’ “Gould said. “They wondered why this isn’t called Bubba’s Broiler?’ ” 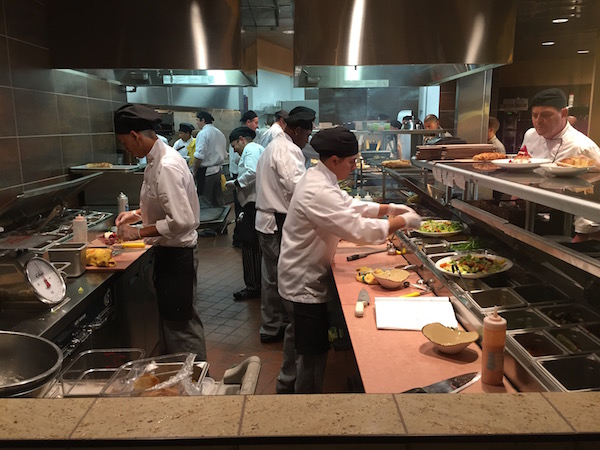 Budd’s Broiler in Richland, Wash., can seat more than 300 guests and employs a team of 85. (Photo by Eric Degerman/Great Northwest Wine)

Budd’s Broiler is a departure from Anthony’s typical seafood restaurants. Instead, it focuses on being a riverfront steakhouse using such Northwest sources as Snake River Farms and Double R Ranch. It seats 130 in the dining room and 68 in the bar, along with another 80 seats available on the outside deck when weather allows. In addition, it has two private dining rooms, one of which seats 12 and the other of which seats 40.

“Hopefully people will enjoy what we’re calling our premier steakhouse here on the Columbia River,” Hoss said. “It’s serious with a sense of whimsy.”

“I told you and Lane that since people (in the Tri-Cities) are willing to wait two hours to get into a chain restaurant, I think you will do well here,” Delvin said in his speech. “Thank you, Budd, for coming to the Tri-Cities and investing in the Tri-Cities.”

Gould received his business degree from the University of Washington and then an MBA from Harvard, yet he allowed for the Cougar fight song to be played after the ribbon cutting. He then encouraged WSU grads and supporters to follow the trumpet player and be the first guests inside his new restaurant.

“Budd, I think we’re at the end of the line,” Hoss told her boss.

The next scheduled opening for an Anthony’s Restaurant is spring 2016 in Coeur d’Alene, Idaho. It will be Gould’s first restaurant in the Gem State.