Anelare Winery takes off with move near Red Mountain 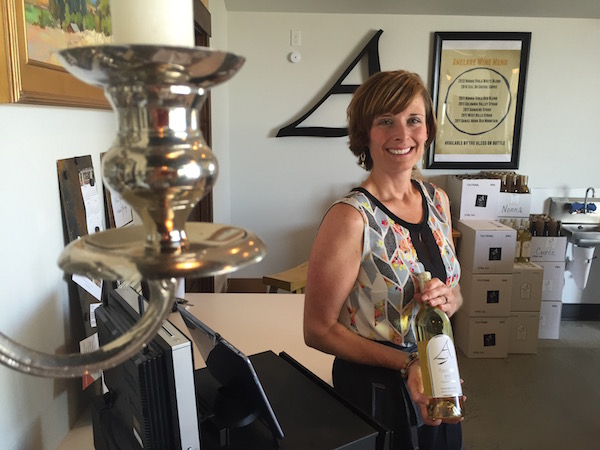 BENTON CITY, Wash. — Anelare Winery relied on its wine club to develop its following, but its Fourth of July Cellar-bration will mark the first anniversary of the Yakima Valley tasting room that has put it on the map of Red Mountain wine tourists.

“We made it!” managing partner Kahryn Alexander said with a smile. “The venue has come into its own, and it’s a place where people want to come in and relax and enjoy the area we live in.”

A combination of hospitality, the remarkable view of Red Mountain and the award-winning portfolio created by winemaker Charlie Hoppes has left Anelare at the crossroads of struggling to meet demand or expanding. It has dropped some off-premise accounts in order to stock its tasting room — a good problem to have, but a problem nonetheless as it is poised to bottle 1,000 cases this summer.

The 2013 Stillwater Creek Vineyard Petit Verdot marks Hoppes’ first vintage as Anelare’s winemaker. Other wines include a 2013 Syrah from Champoux Vineyard, both Merlot and Syrah from Ciel du Cheval and Cabernet Sauvignon off Gamache Vineyard and a Carménère from Weinbau Vineyard on the Wahluke Slope.

“We blew through that Carménère last year — 92 cases,” Alexander said.

Earlier this year, Anelare earned a gold medal at the Great Northwest Wine Competition for its 2011 Daniel Mark, a red blend of Rhône varieties from Red Heaven Vineyard on Red Mountain. 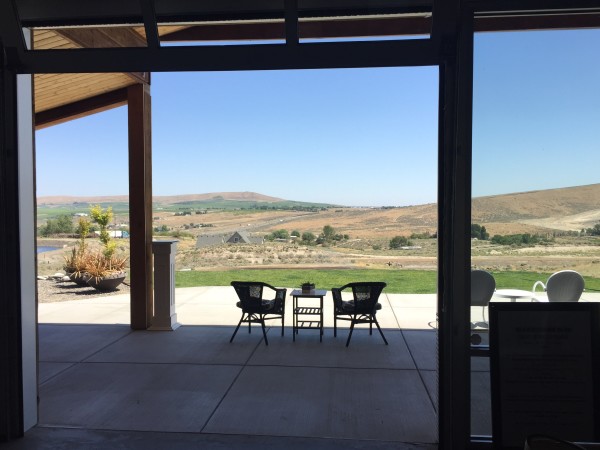 Its location at the northern base of the Horse Heaven Hills has come with a couple of high-profile neighbors. Precept Wine continues to build out and add onto its Skyfall Vineyard along Interstate 82, and a 40-acre orchard just below Anelare recently has been acquired by the Aquilini family, Alexander said.

The tasting room and patio with its rolling glass garage door serves as a stunning window to see it all, with Red Mountain serving as a beautiful backdrop.

The Alexanders’ home and tasting room just off Webber Canyon Road is at the base of Chandler Butte, a 2,045-foot plateau that serves as a launching pad for hang gliders and a destination for hikers and mountain bikers.

At night, the headlights and taillights of vehicles driving through the Yakima Valley along I-82 make for fanciful viewing.

And then there are the true aerial views. 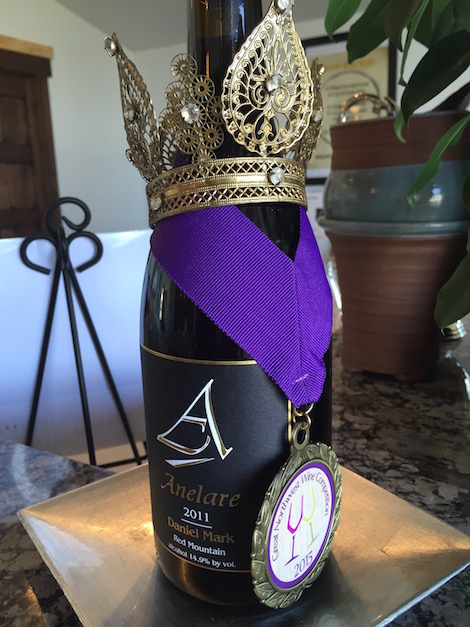 Earlier this month, Anelare began to partner with Lohman Helicpoter for heli-wine tours. During the course of three hours, the helicopter service will whisk wine lovers to Anelare, Goose Ridge Estate Winery and Alexandria Nicole Cellars, covering more than 100 miles while offering 45 minutes of wine tasting at each winery.

“They will go 25 feet off the ground,” Gravenslund said. “It’s pretty cool what they show you.”

Cost per person ranges from $399 to $599 depending upon the size of the party.

“You can schedule them through Lohman Helicopter,” Gravenslund said. “Morgan and his wife and his parents own the company, and he’s a really cool cat. He’s been flying for 15 years, and he doesn’t go anywhere that he has to drive (a car) — unless he has to.” 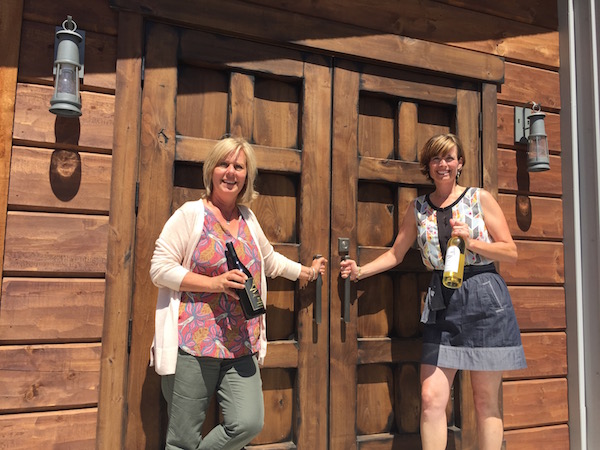 “People want to stay and hang out — and they are hungry,” Alexander said. “Aside from Terra Blanca, there’s almost no food over there on Red Mountain.”

The tasting room is open Thursday through Monday, and the flatbreads ($8) have been a popular addition.

“They will be seasonal, and they will be fresh,” Gravenslund said. “We can put them out in a maximum of 10 minutes. Kahryn’s got a great recipe for the dough we use, and she makes them prettier than I do.”

Offering flatbreads and small bites has been part of the business strategy for Alexander, who for years yearned to establish their tasting room on Red Mountain until their dream property appeared on the market.

“Heck, yeah,” Alexander said. “Every time I went looking at land over on Red Mountain, I knew what the rules are. I had to know what I could and couldn’t do.”

This summer, there are several special events scheduled for Anelare, including their Farm Fresh Progressive Soiree on July 19 with Frichette Winery and Kitzke Cellars, an adult comedy show on July 25 with Simon Kaufman and two concerts — Aug. 28 with Danny Black and Sept. 6 with country duo Lead and Lace.

Before all that is their July 4 birthday party with Richland’s The Street Grill Catering and a live performance by Brooks and Benson.

The Alexanders launched Anelare eight years ago and started by offering wines only to club members. In 2009, they opened a tasting room in the Southridge area of Kennewick, which they operated for several years. Their wines continue to be served at Nectar Tasting Room in downtown Spokane.

“We started this when my kids were babies, and now they are 8 and 9 years old, and we’d sit and color and draw pictures,” she said. “I used to draw pictures of what I thought the tasting room would be. You know, it’s neater than what I thought it would be. And our team is stronger that I could have imagined. It turned out really great, and our location is dynamite.”