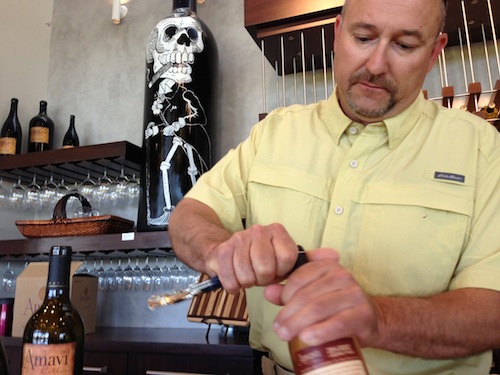 Jean-François Pellet opens a bottle of his Amavi Cellars Rosé, made from Cabernet Franc. Pellet also is the head winemaker for nearby Pepper Bridge Winery and is a partner in several other projects throughout the Walla Walla Valley. (Photo by Andy Perdue/Great Northwest Wine)

We recently sat down with Pellet at Amavi Cellars, south of downtown Walla Walla. Here’s the interview: 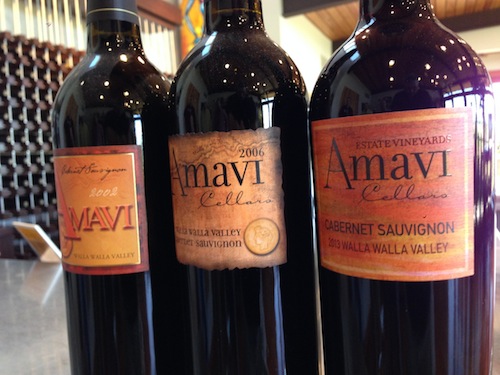 Amavi Cellars recently unveiled a new label. Here’s how the winery’s label has changed since its early years more than a decade ago. (Photo by Andy Perdue/Great Northwest Wine)

Pellet was born and raised in Switzerland. The third-generation wine grower grew up along Lake Geneva between Geneva and Lausanne. He earned a degree in viticulture, then went back to school to earn an additional degree in winemaking.

After working in the German, Swiss and Spanish wine industries, Pellet came to the United States to work in the California wine industry. In 1999, Walla Walla wine icon Norm McKibben lured Pellet to Washington to be his winemaker at Pepper Bridge Winery. McKibben did a stunning job of convincing Pellet to come to a region that was far from the developed wine destination it is today.

“I thought I would never stay more than two years,” Pellet told Great Northwest Wine. “And here I am 16 years later.”

The answer was Amavi Cellars.

Through the years, some confusion has existed about Amavi and its role, in part because Pellet has been the head winemaker for both brands.

“In early 2000, it was the Syrah craze in Washington,” Pellet said. “The partnership decided not to do anything under Pepper Bridge – we would really stay focused on Bordeaux varieties. So we decided to start Amavi.”

The first wines from Amavi, made at a separate facility west of downtown Walla Walla, were from the 2001 vintage and included Syrah, Sèmillon and Cabernet Sauvignon, with the price point lower than the Pepper Bridge wines.

“It’s never been the case that Amavi was a ‘baby Pepper Bridge.’ From the beginning, we created another facility,” he said. “The Amavi wines are just a different interpretation of our grapes. The wines are made in a way that they are ready to go upon release.”

“They are more easy drinking at an earlier age, but they’re still a really good expression of the Walla Walla Valley,” he said. 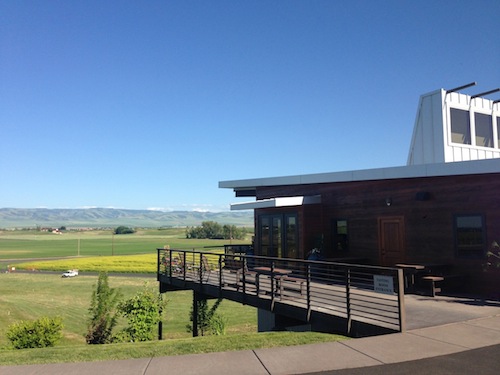 Amavi Cellars is about 10 minutes south of downtown Walla Walla. The winery’s tasting room looks out over vineyards, wineries and the Blue Mountains. (Photo by Andy Perdue/Great Northwest Wine)

In the early years, Pellet produced far less wine for Pepper Bridge than the spacious facility had room for. Thus, he provided custom-crush space in the winery for others. Recognizing the need, Pellet, McKibben and others found a building in 2006 near downtown Walla Walla and retrofit it into a custom-crush facility called Artifex, which Pellet manages.

“We don’t make the wine,” he said. “We actually provide the staff and equipment.”

Artifex has a dozen clients at the facility, which can handle about 45,000 cases’ worth of production.

In 2004, McKibben and his partners at Seven Hills Vineyard on the Oregon side of the Walla Walla Valley were able to purchase about 2,000 acres of surrounding land from the Mormon church and created SeVein. Today, some of the biggest names in Northwest wine own land at SeVein, including Chris and Gary Figgins (Leonetti), Marty Clubb (L’Ecole No. 41), McKibben, John Bigelow (JM Cellars), the Middleton family (Cadaretta), Betz Family Winery and Willamette Valley Vineyards.

Pellet gathered a few friends, most in the wine business, and established a vineyard at SeVein called Octave. That partnership sells the grapes to Pepper Bridge and Amavi.

He also was a founder of Vinea, which is similar to Oregon LIVE, an organization that promotes sustainable vineyard and winemaking practices. He’s a board member and serves as the group’s treasurer.

In 2010, Amavi’s owners built a new facility. It’s about 10 minutes south of downtown Walla Walla, not far from the Oregon border. From the contemporary building’s airy tasting room and spacious deck, visitors can see surrounding vineyards and wineries (including Pepper Bridge) and gaze in awe at the beautiful Blue Mountains to the southeast.

Next steps for Walla Walla Valley 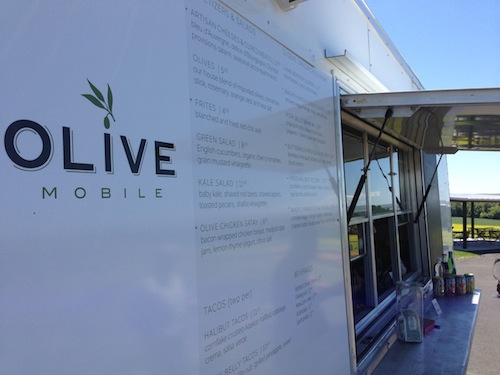 Olive Marketplace and Café in downtown Walla Walla, Wash., sets up its catering truck at Amavi Cellars south of town every Friday, Saturday and Sunday from April through October. (Photo by Andy Perdue/Great Northwest Wine)

Pellet looks around at Walla Walla Valley today and shakes his head in amazement. When he arrived in 1999, there were a dozen producers; today, there are more than 100.

“It’s an excellent time to be here,” he said. “We’re really setting the stage.”

What he looks for next is a maturation of the Walla Walla Valley’s hospitality sector, primarily on the south side of the region where Pepper Bridge and Amavi are.

“We’re a three-day destination,” he said. “People come here for wine but don’t want to do only wine. We have fantastic restaurants, hotels, golf, cycling.”

When he arrived in 1999, Walla Walla had no food scene to speak of, and the Marcus Whitman Hotel’s remodel was not yet completed. Main Street was a veritable ghost town, with every other building for sale. Today, downtown is as vibrant as any wine country town in California or Oregon.

His concern is that when wine travelers want to eat lunch, they have to head downtown where the restaurants are. After that, they’re less likely to go south of town again to visit any of the two-dozen wineries that surround the Washington-Oregon border. And because of zoning restrictions, the region is unlikely to get restaurants anytime soon.

Enter food trucks. In the case of Amavi, Pellet began working last year with the owners of Olive Marketplace and Café. The busy restaurant – formerly known as Merchants – is right in the middle of downtown Walla Walla on Main Street, but a big part of its business is evening catering. Pellet arranged to have Olive’s catering truck operate during lunch hours on Fridays, Saturdays and Sundays, and wine lovers responded.

“It really helped us tremendously on wine sales last year, and we see the trend coming (this year),” he said. “People are coming here more and more. They want the experience, and they want to eat and have fun and look at the view.”

Pellet enjoys the direction this is taking, even if it’s only a short-term solution.

“Food trucks, permitting-wise, are probably the best option right now,” he said. “But I think it’s a transition option. I think the next couple of years, we will see people building hospitality centers with full commercial kitchens or coming up with some other concept.”

And if the trend continues, expect Pellet to be deeply involved.