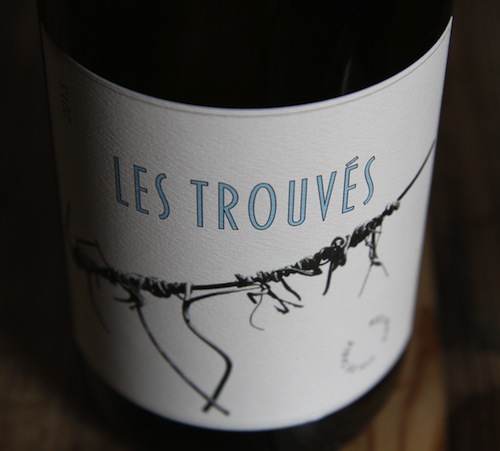 Les Trouvés is a new wine being released by Avennia in Woodinville, Wash. It is made in the negoçiant style of France. (Photo courtesy of Avennia)

WOODINVILLE, Wash. – One of Washington’s rising stars is adding an affordable new bottling of red and white wines styled after Southern France.

Avennia, a 3,100-case boutique producer that has enjoyed praise from consumers and critics alike, today is announcing the launch of Les Trouvés.

“Les Trouvés is born out of the abundance that Washington offers in terms of high-quality wines,” said Chris Peterson, co-owner and winemaker for Avennia. “There are huge amounts of very good wines from around the state that are delicious and complex and just waiting for a context in which to be place. What we add is that context: a rigorous commitment to quality and thoughtful blending from different sources.”

What Peterson and his business partner, Marty Taucher, have created is a brand in the style of French negoçiants, who traditionally have purchased finished wines and blended them together. 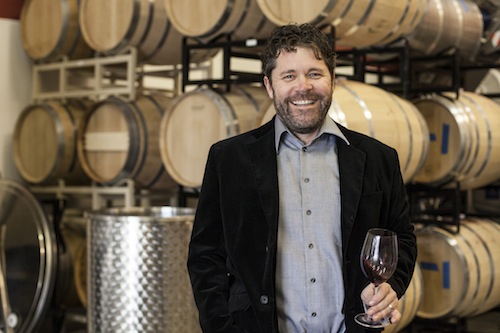 Peterson and Taucher have focused their first Les Trouvés wines on the style of Southern France, particularly Provence, using Washington grapes. The red is a blend of Mourvèdre, Grenache and Syrah, while the white is a blend of Viognier, Roussanne and Marsanne.

Peterson said he and Taucher have been thinking of the possibility of launching such a brand since the beginning of Avennia in 2010.

“There’s a lot of great fruit out there,” he told Great Northwest Wine. “We’ve thought about it really seriously for about six months, and it all came together fortuitously when a little bit of wine became available.”

Peterson used his friendships and sources within the wine industry to come up with a few barrels of wines. He started with about 10 different sources and narrowed them to five.

“Some of it is winemakers I know with barrels that don’t fit into their blends,” Peterson said. “Some of it is estate vineyards with too much of a specific variety. It’s pretty common.”

Peterson said this first release of Les Trouvés is small so he and Taucher can get an idea of the demand for the less-expensive wines, both with consumers and restaurants.

“It’s almost a pilot program,” he said. “We will feel it out and see how it goes. I already have more sourced for the 2014.” 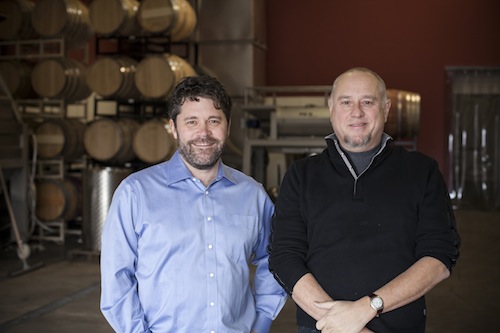 Chris Peterson, left, and Marty Taucher met while working at DeLille Cellars in Woodinville. They later got together to launch Avennia. (Photo courtesy of Avennia)

Peterson said he and Taucher hope to scale up production, though how much remains to be seen.

Peterson and Taucher have grown Avennia from 1,100 cases in the inaugural 2010 vintage to 3,100 today. They figure they will top out Avennia at about 4,500 cases

“Avennia” is a stylized name for the French city of Avignon, which is in the Rhône Valley, and their wines have focused on the style of that region. “Les Trouvés” translates to “the found” in French, and the wines also are made in a style similar to Southern France.

“This is just what we love about the regional wines from Provence,” Peterson said. “It is very approachable now but complex enough to hold our interest.”

Taucher and Peterson timed today’s launch of Les Trouvés to coincide with Bastille Day, the French holiday that celebrates the beginning of the French Revolution. Coincidentally, Peterson leaves for France this week to spend a few days in the Loire Valley, followed by a riverboat cruise in Bordeaux.

In 2009, 10 years after Taucher retired from his job as a marketing executive at Microsoft, he was going through the winemaking program at South Seattle Community College. During a harvest internship at DeLille, Taucher and Peterson got to talking about doing their own thing. A year later, Avennia was born.

“We wanted it to reflect an Old World artisanal style that I learned at DeLille,” Peterson said.

While much of DeLille’s focus is on Bordeaux-style blends (as well as Rhône-influenced wines), Peterson knew he wanted to make wines more in the style of Southern France. His time with DeLille served him well when he went looking for vineyard sources.

“Let’s put it this way: When Avennia started, the first phone call I made was to Dick Boushey,” he said.

Boushey, owner of Boushey Vineyard near the Yakima Valley town of Grandview, is widely viewed as one of the state’s best growers and producer of world-class Syrah, Grenache and other Rhône varieties.

Now Taucher and Peterson are taking the next step with Les Trouvés.

“There’s an abundance of fruit in Washington that is high quality,” Peterson said. “Les Trouvés still has the values we hold up for Avennia, delicious wine that is not too huge but still complex and complete.”