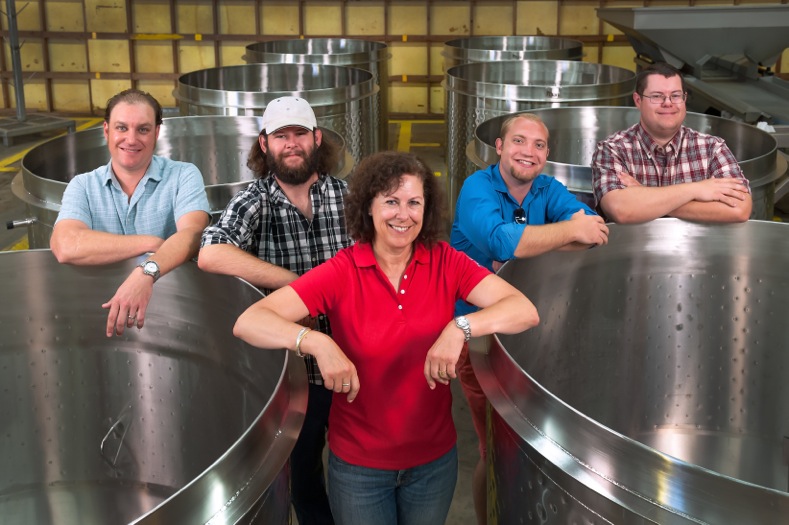 MEDFORD, Ore. — The Naumes family is famous along the West Coast for growing pears, but next month, it becomes a significant player in the Southern Oregon wine industry by opening a custom-crush facility in Medford.

Naumes Crush and Fermentation will be the Rogue Valley’s next custom-crush facility, following the lead of Pallet Wine Co., Barrel 42 and Paul O’Brien.

“The wine industry is really growing in Southern Oregon, and there will be a significant number of vineyards coming into production in the next two to three years,” Laura Naumes, vice president of Naumes, Inc., told Great Northwest Wine. “We think we can help people in the community by having this facility.”

Acclaimed winemaker Robert Brittan, who moved back to the Willamette Valley after a storied career at Stag’s Leap Winery in California’s Napa Valley, helped design Naumes Crush and Fermentation. Construction of 23,000 square-foot facility south of the Rogue Valley Mall is scheduled to be complete Aug. 1. Among the $1.4 million spent on winemaking equipment is an optical sorter.

At the start, Naumes Crush will be prepared to crush 200 tons of fruit, the equivalent of 15,000 cases of wine, but it is designed to process 500 tons. Naumes also is prepared to work with customers looking to make anywhere from two to 50 tons.

There was no shortage of interest when it came to filling the position of winemaker for Naumes Crush and Fermentation. Chris Graves, a winemaker from California’s Livermore Valley, topped the list of 24 applicants from the West Coast and beyond, Naumes said.

“It was meant to be,” Naumes said. “We had extensive interviews with more than 20 of them for the job. Chris had just moved here about eight months ago, because he wanted to make a family change and not raise his children in the Bay Area, but he was the standout candidate. He’s a nice fit for us, and we’re pleased that he’s a part of our family.”

Graves, a product of the University of California-Davis viticulture and enology program, went on to serve as assistant winemaker at Wente Vineyards in Livermore before heading up its Tamás Estates project. He later launched Ruby Hill Winery and Rubino Estates Winery before moving to Oregon. 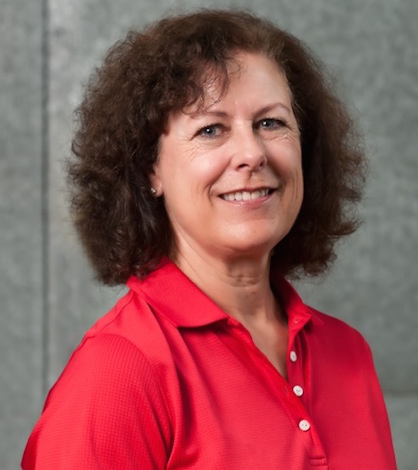 Last year, Laura and her husband, Mike Naumes — pronounced NAH-muss — were the lone inductees into Oregon State University’s Agricultural Hall of Fame. It was an honor Mike’s father, Joseph, received in 1982.

Naumes, Inc., was founded by Joe Naumes, a World War II Navy veteran born into an apple farming family in Hood River, Ore. At the start of the Great Depression, his parents moved the family to Medford where they put deeper roots, but Joe would become a leader in California’s pear industry years after he graduated from Santa Clara University in 1934.

He went on to purchase orchards in Yuba City, Calif., and nearby Marysville as his holdings in California stretched to 2,500 acres by 1978. The family recently sold most of that acreage.

In Washington, the Naumes acquisitions around Lake Chelan, Entiat and Pateros span 750 acres of apples, cherries and pear. They also operated concentrate plants in Wenatchee and Wapato.

Joe’s leadership led to his appointment as chair of the board of regents at Santa Clara, where he is credited with helping to establish the agribusiness program at the Jesuit school.

In 1989, the year he died, the Naumes family created an endowed chair within the university’s Leavey School of Business. Mike and two of he and Laura’s children graduated from Santa Clara.

Naumes grew to 7,500 acres of orchards 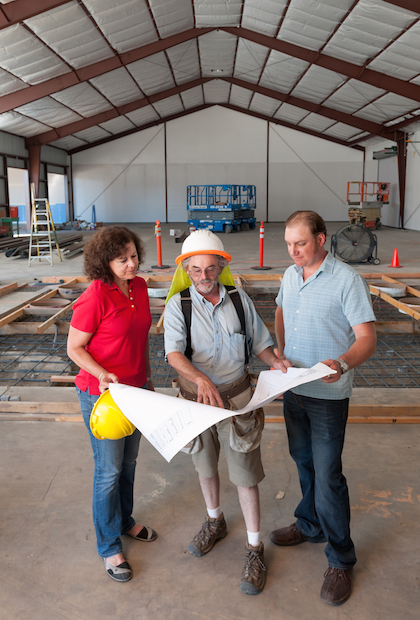 At one point, Naumes, Inc., managed more than 7,500 acres of fruit in three states. And while Laura Naumes has served as the company’s Fresh Division manager, she’s also taken on the role of chief operating officer for Naumes Crush and Fermentation.

Laura Naumes also grew up in a successful orchardist family in Medford, an operation that spanned 500 acres, and her family created the Edward Earnest Scholarship in Agribusiness Management at Oregon State in his honor.

“I worked with my father for many years, and Mike and I were direct competitors for a few years,” she said with a chuckle.

Her influence in the industry and throughout has grown. She became the first woman to chair Pear Bureau Northwest and now is in her second appointment to the board of trustees at Oregon State University. Recently, Naumes chose to further her education by taking classes at Umpqua Community College’s Southern Oregon Wine Institute.

“Oh, absolutely we love wine. We like being on the R&D side,” she chuckled. “We like all different varieties and types of vine, but to us, it’s all about the food pairings. We’re really fond of the food-and-wine pairing side of it.”

70 acres of vines with room to grow

The third generation now helps the family manage about 3,000 acres in three states, and their business includes fruit packing and real estate. Vines for wine grapes is a recently added chapter for Naumes, Inc.

They farm 2,000 acres of orchards in the Medford area, and they have targeted 200 acres for Naumes Vineyards in Southern Oregon, with a plan to plant 20 to 30 acres each year. The first of their planted 70 acres of vineyard near Jacksonville will lead to 15 acres of already-spoken for Pinot Noir from the 2015 harvest. Neighboring vineyards include Carpenter Hill as well as Don and Traute Moore’s Griffin Creek.

“We’re in the process of signing our first contracts — one with a larger winery and the other medium sized,” she said.

They’ve also planted Grenache and Chardonnay with plans to add a bit more Pinot Noir. They haven’t spent much effort on naming their individual vineyards and blocks.

“We’re farmers, so we tend to not come up with special names,” she said. “In the orchard business, most of the time people just use the original owner of the land as the name of the orchard, so we’ll just keep with that tradition.”

Sites for their vineyards are scattered throughout the Rogue Valley. Their initial plantings — including Frink Vineyard, named for the original owner of the orchard — are planted along the west side of the valley within an elevation range of 1,500 to 2,000 feet. In time, the Naumes family will begin establishing vineyards on its east-facing sites at an altitude of 1,200 to 1,500 feet.

“Southern Oregon has proven that it can more than just one or two varieties because of the range of elevation and the variation in sites, so we can grow a number of warm- and cool-climate grape varieties,” she said.

In the short term, Naumes said the family believes it can avoid the temptation of creating its own brand.

“We have kind of talked about it, but we’ve committed to the customers we’ll be serving in this area,” she said. “There are a lot of acres coming on, and we’re selling our grapes to other wineries and focusing on a premier winemaking facility for our clients. We don’t want to be distracted by our label or branding that. We may go down that path, but we’re not planning on it right now.”

Based on its location, there are no plans for Naumes Crush to create a public tasting room to help its custom-crush customers with wine sales. However, the family does own property that could one day serve as a tasting room for winery clients.

“This year is the smallest we will be,” she said. “We have expansion capacity. We’re starting by having this facility, but also we want to help our clients make connections. Creating another location where we could showcase our clients is a definite possibility.

“At this point, though, we’re just really thrilled to be a part of this industry.”