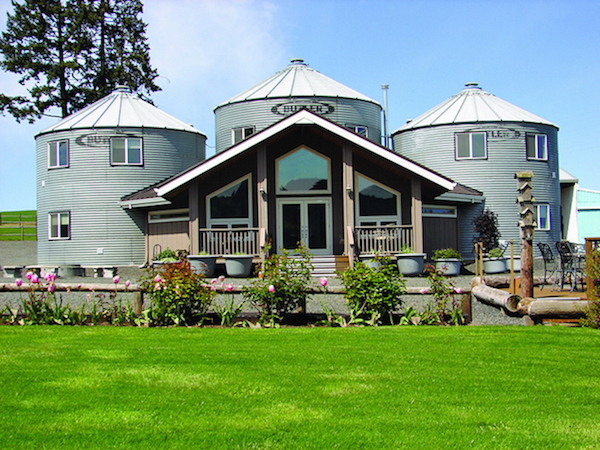 CARLTON, Ore. — Those who have experienced the bucolic charm of Abbey Road Farm and felt the hospitality of John and Judi Stuart will be pleased with the delectable next chapter of their AgriVino Event Center near Carlton, Ore.

Thanks to the arrival of Italian chef Dario Pisoni, the Abbey Road Farm now presents a more delicious wine country experience with inspired weekend fare for those touring the Yahmill-Carlton American Viticultural Area.

“I don’t project this to ever be an Herbfarm, but Mr. Pisoni made me an offer I couldn’t refuse,” John Stuart said as he paid tribute to the Zimmermans’ acclaimed restaurant in Woodinville, Wash. “After all these many years, it’s been the rebirth of AgriVino Event Center.”

Pisoni and his wife, Sheena Bell, stayed at the Stuarts’ unique farm/B&B near Guadalupe Vineyard as newlyweds and were smitten by the possibility of adding a constant culinary layer to Abbey Road Farm, which positions wine tourists to visit more than 150 wineries within a 30-minute drive. 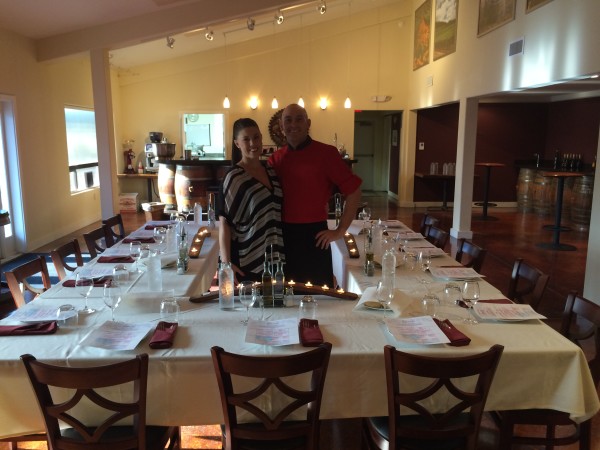 Dario Pisoni and his wife, Sheena Bell, lease AgriVino in Carlton, Ore., and operate it under their catering license, allowing them to sample wine and provide food service on the weekends. (Photo courtesy of John Stuart/Abbey Road Farm)

This spring, Portland-based Pisoni Catering entered a 20-week lease of AgriVino Event Center, which served as horse stables when the Stuarts acquired the property in 2003. Transforming the stables was child’s play for John Stuart compared to the engineering and craftsmanship required to turn grain silos into the unforgettable “silo suites” lodging opportunity for guests.

“Dario told me, ‘This is exactly what I want to do — event-based dining on a farm,” Stuart said.

Pisoni’s roots stem from the town of Bergamo near Milan, and the wine country concept seems practical for a dining destination that’s perhaps an hour’s drive beyond the Portland city limits. Pisoni operates AgriVino for wine tasting and lunch Friday through Sunday from 11 a.m. to 4 p.m.

The reservation-based dinners begin at 6:30 p.m.

Fridays feature a winemaker dinner spotlighting small producers from Oregon and elsewhere in the Pacific Northwest. Saturday’s dinner is part of a series of Italian-themed meals, each night focusing on a specific region. Sunday’s fare centers around Pisoni’s pizza. The inaugural season runs through Thanksgiving Weekend. 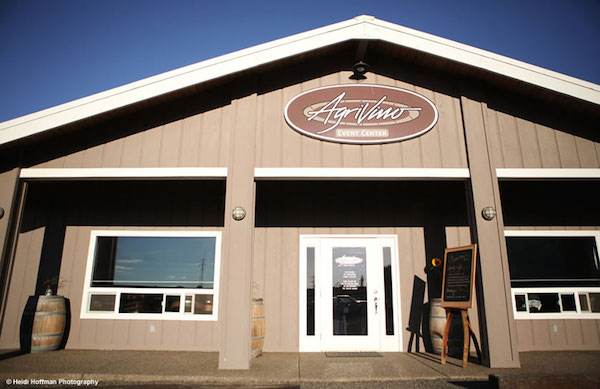 The Stuarts transformed horse stables into the AgriVino Event Center in 2008. (Photo by Heidi Hoffman Photography/courtesy of Abbey Road Farm)

Five years after taking over Abbey Road Farm and establishing the reputation of their B&B, the Stuarts invested time, energy and $350,000 worth of equipment in their initial dream for AgriVino. That was a self-service, push-button wine-tasting experience featuring many of Oregon’s best wines — delivered via the high-tech Enomatic wine preservation system.

Alas, it survived two weeks in the spring of 2008 before the Oregon Liquor Control Commission halted John Stuart’s program for violating the statute that prohibits self-service.

“He would have been essentially an unpaid concierge for the 200 wineries within a half-hour drive of him,” acclaimed winemaker Joe Dobbes said at the time. “It would have been the epicenter of the Oregon wine industry.”

Without the self-dispensing component, Stuart would have needed to greatly enlarge his staff, which destroyed his business model. Ironically, the concept Stuart envisioned took flight soon after in Idaho at Bodovino, an upscale bistro in Boise — the state capital of one of the most religiously conservative states in the country.

Within weeks, Stuart dismantled the seven Chianti-made machines and sold them off. The B&B continued to receive acclaim and thrive, but the complete vision the couple from Las Vegas had for Abbey Road Farm would never be realized unless the law is changed.

“I was disappointed and quiet for a couple of years over the debacle, and that caused AgriVino to languish,” Stuart said. 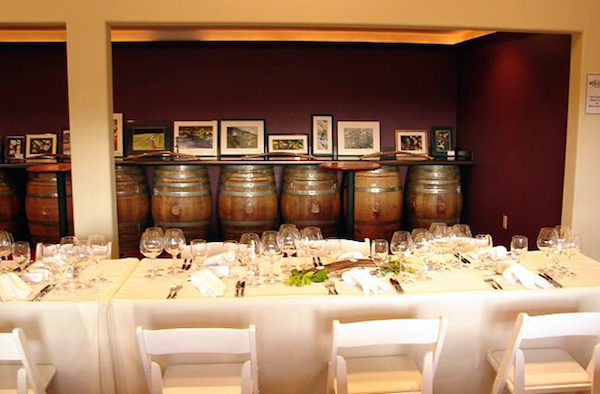 AgriVino Event Center in Carlton, Ore., operates as a dining room this summer and fall on Fridays, Saturdays and Sundays. (Photo courtesy of Abbey Road Farm)

The Stuarts recoiled, but they continued to use AgriVino as an events center. The commercial kitchen and ability to seat 40 patrons allowed them to stage the occasional winemaker dinner, and the renowned Robert Brittan of nearby Brittan Vineyards helped kick it off.

The concept holds a special appeal to Stuart, whose position on the board of directors for Rio All Suites Hotel and Casino took him around the world on behalf of food and beverage. And he said Pisoni’s cuisine rivals anything he experienced in Italy, which he would visit four times a year on business for the gaming giant.

“I wanted to do something here at AgriVino with food and wine in a high-caliber way while featuring smaller wineries, but there are really good restaurants in the area and good caterers, and I couldn’t control the quality the way I wanted to,” Stuart said. 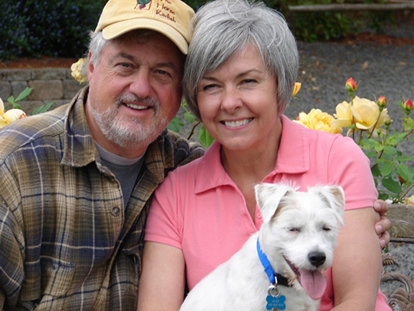 There have been other changes at Abbey Road Farm. Judi ended production of her creamy goat cheeses last year when she lost her key farmhand — ironically to the wine industry.

However, friends and fans can take pleasure in knowing the Stuarts no longer have Abbey Road Farm on the market. That development is bittersweet, though. John has found life and work on the farm helps him to deal with Parkinson’s, which he said he’s managing reasonably well for the past four years.

“The farm has become my therapy, both physically and psychologically,” he said. “It keeps me active, and that’s what I need. Three of our children have moved into the area, and the kids have said they really don’t want to get rid of the farm, so it looks like we’re going to be here for a good long while.”

Stuart now dedicates much of his energy to fundraising for the Brian Grant Foundation, a project created by the former NBA star who played for the Portland Trail Blazers, and the Stuart Charitable Remainder Unitrust.

“I’m in a more positive position,” he said. “It was difficult to sit on the sidelines all these years, but I didn’t want to rush into doing something or end up obligating us to something we couldn’t fulfill.” 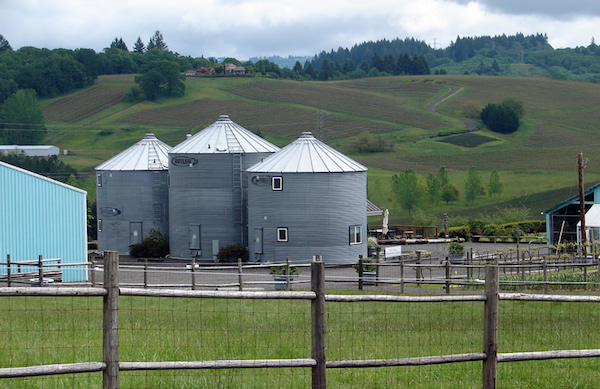