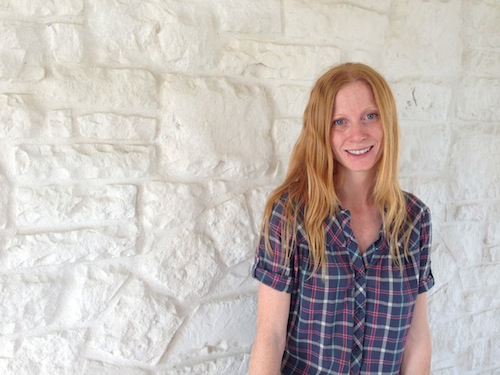 When Pete Hedges, longtime winemaker for Hedges Family Estate, decided to retire this spring, the family kept the winery all in the family by promoting Sarah Goedhart to head winemaker.

Goedhart, daughter of founders Tom and Anne-Marie Hedges, came to work at the Red Mountain winery in 2005, creating a job for herself as gardener and cook. Just before the 2006 harvest, she moved into the cellar – where she has remained ever since.

We recently sat down with Goedhart at the family’s distinctively French-style chateau built high on Red Mountain in the 1990s.

Growing up amid the vines 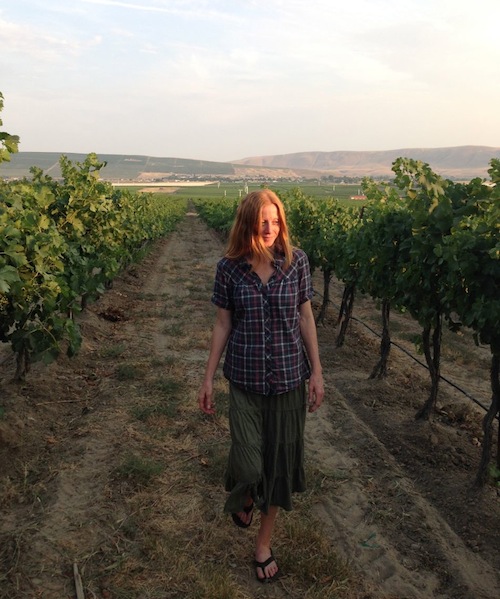 Goedhart was born in Buenos Aires, typical for a family with far-flung roots. Her father, Tom Hedges, was born in Richland, Wash., while her mom, Anne-Marie, came from France’s Champagne region.

“I love the fact that my dad is from here, from Richland, and I came here as a kid in the summers,” she told Great Northwest Wine. “When they first started this wine business, I didn’t know any difference from France or America because I grew up in both places.”

It was an idyllic childhood for Goedhart and her brother, Christophe Hedges, who now is general manager of the winery.

Their parents started the winery in the mid-1980s, first as negoçiants putting together blends of wines and selling them worldwide – including in France.

“I was 6 years old,” Goedhart said. “I helped my parents out with parties and whatever I could.”

After high school, she earned degrees in philosophy and business from the University of San Diego and followed that up with studies at the University of California-Santa Barbara in chemistry. This led her back to the wine industry, though in California.

In 2005, she came home to the Red Mountain winery, working with her uncle and also starting her own label, Goedhart Family. Now she focuses on producing more than 70,000 cases of Hedges wine, both at the winery on Red Mountain and around the corner with the assistance of Pacific Rim Winemakers, which handles Hedges’ white wines. 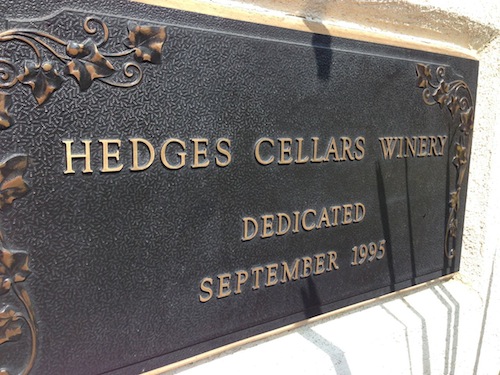 When one arrives at Hedges Family Estate on Red Mountain, the first impression is of a grand French chateau, a nod to Anne-Marie’s roots in Champagne. When Hedges built the winery and tasting room, it was one of the few wineries on Red Mountain – and easily the most grand.

These days, Red Mountain is filled with beautiful wineries, including Col Solare, Terra Blanca and Kiona Vineyards & Winery. Goedhart still marvels at the risks her parents took to pioneer distinctive architecture in a place that was better known for sagebrush than grape vines.

“It’s really magical,” she said. “They bought this great parcel of land on Red Mountain and built a chateau. At the time, I was like, ‘Wow, what are my parents doing?’ Now I look back on it and I’m like, ‘Way to go!’ Who builds a chateau in the desert? It’s weird to say you’re proud of your parents, but I really am. They’ve built a great business, and I’m really fortunate to be a part of it.”

It’s obvious at first glance that Goedhart is part of the Hedges clan, thanks to the flowing red hair that matches her mother’s (and her brother’s). But in this family, she remains distinctive because of her quiet fortitude.

While sitting around eating a family meal in the large, country-style kitchen that is off the tasting room, all of the members of the Hedges clan happily voice their opinions on various subjects – all except Goedhart.

“I’ve always been really quiet,” she said with a soft laugh. “A lot of people in my family are really animated, and they have a lot of opinions, and I think they do amazing, beautiful things. I kind of do a lot of the behind-the-scenes stuff. I have my own passions. As a winemaker, it’s good to observe, I think. That helps me out in the vineyard. I observe the grapes, I observe what’s going on in the cellar, I sort of take my time. I really want to delve deep before I say a word.” 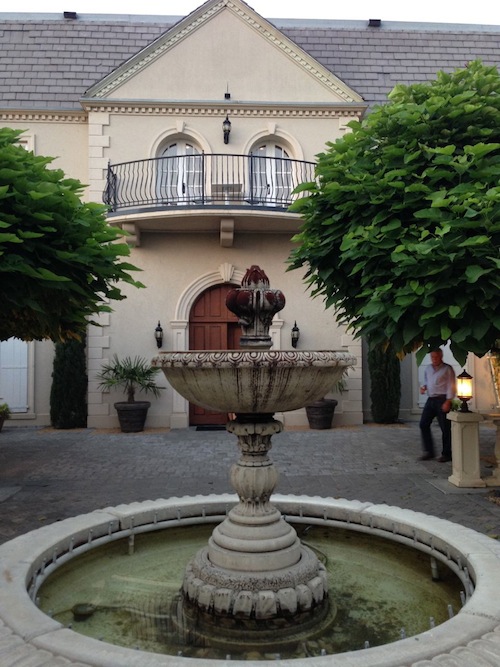 The French-style chateau of Hedges Family Estate stands out on Red Mountain. It was the first grand winery built on the ridge in the eastern Yakima Valley. (Photo by Andy Perdue/Great Northwest Wine)

The first grapes were planted on Red Mountain in 1975 by Jim Holmes and John Williams at Kiona. Only about 15 years later, Hedges arrived and started planting grapes. Today, Hedges has about 125 acres of vines.

“It’s enough for us to do our estate production fruit,” Goedhart said.

When she arrived in 2006, most of Red Mountain was still pretty brown. Today, it’s mostly green with vines, thanks in part to the state Department of Natural Resources and the Kennewick Irrigation District leasing or selling parcels to folks who would grow vines and put the land to work.

In 2001, the federal government approved the Red Mountain American Viticultural Area, only the fifth AVA in Washington. Much of the work on the petition came from Hedges Family Estate.

“It’s a unique AVA because it really is all grapes, except for the cherry orchard up the hill,” Goedhart said. “It’s one of those pieces of land that you look at and say, ‘Wow, this must be special because people wanted to come here and just do grapes.’ ”

When Hedges closed its Issaquah tasting room a few years ago, many in the Seattle area were sad, but Goedhart said she wants people to experience the region where her family grows grapes and makes wines.

“It’s really about getting people out here to enjoy the wines in the place that they’re made,” she said. “That’s what we’re really passionate about. You can find our wines everywhere in Seattle. We want people to see this place and see how special it is.”