Cool relief to some in Pacific Northwest wine industry 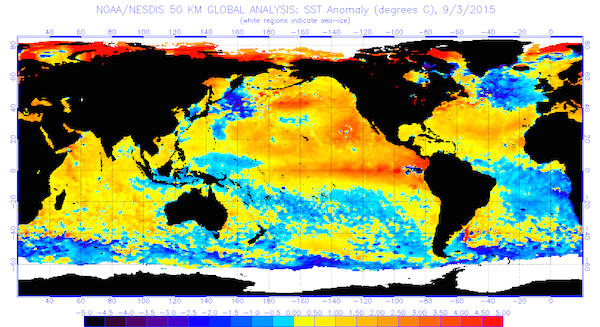 “Washington has seen the largest increases in degree-day accumulations with totals as of Sept. 1 running 10-15% over 2014 and 30-35% over the 1981-2010 averages,” Southern Oregon University professor Greg Jones wrote Saturday in his latest weather report to the Pacific Northwest wine industry.

That’s allowed for growers in Washington to pick earlier than ever, starting Aug. 6 with Sauvignon Blanc from Red Mountain.

“Many have reported this to be the earliest harvest since 1992 or earliest ever at their sites,” Jones wrote. 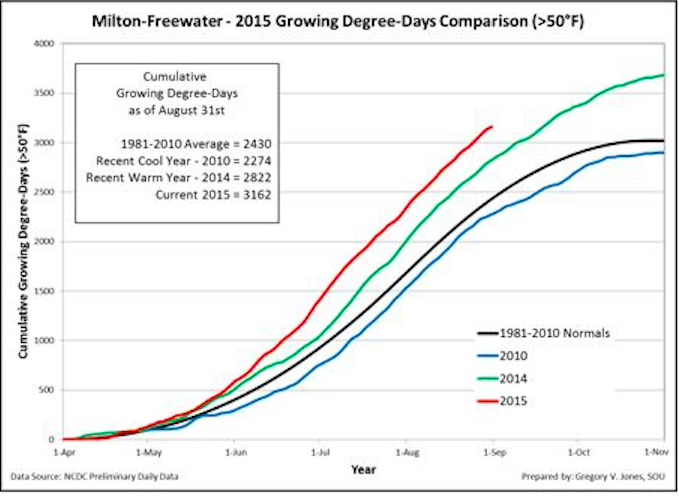 Jones, professor of Environmental Science and Policy at SOU and one of the wine world’s leading experts in climate research for viticulture, pointed to his weather station in the Walla Walla Valley. As of Aug. 31, that station recorded 3,162 growing degree days. A year ago, in the midst of the record season for heat, that device registered 2,822 GDD. 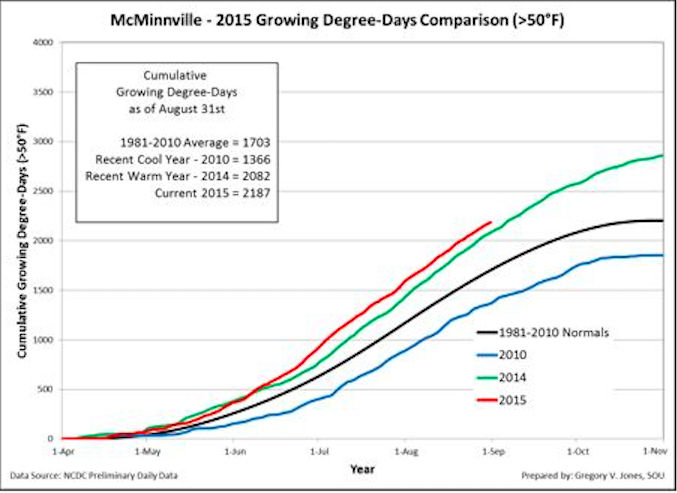 McMinnville in the Willamette Valley registered 2,187 GDD. Last year’s record stood at 2,082, and portions of Southern Oregon continue to track just ahead of the record-setting 2014 vintage.

‘Relief’ of rain came from Alaska 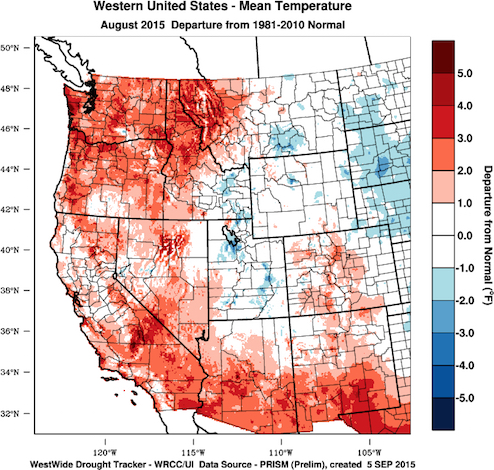 Average temperatures for August were 1-4°F above normal in California, Oregon, Washington and Idaho. This chart of the West Coast of the United States reflects the August 2015 temperature departure from normal. (Image from the WestWide Drought Tracker, Western Region Climate Center and University of Idaho/courtesy of Greg Jones)

“Relief,” wrote Jones, “while August continued warmer than normal, a change in the circulation over the Pacific and western North America ushered in an early taste of fall during the last week of the month that has continued through the first week of September.

“The result was a dampening of the numerous fires over the West, enough westerly wind flow to cleanse the air from a month of smoke, and cooler nights that will help with ripening,” he added.

The next two weeks are expected to bring warmer and drier conditions, but Northwest wine growers — particularly in Oregon’s Willamette Valley — will have their fingers crossed in hopes of avoiding a tailwhip by a typhoon the likes of September 2013.

“From Labor Day and into next week warming and drying conditions will bring the majority of the western U.S. back to seasonal averages and even warmer than normal extending to the 10 day outlook,” Jones wrote. “One thing to watch during this period is how Pacific hurricane/typhoons play out. There are numerous systems that could get entrained into the North Pacific circulation and alter the flow enough to bring rain to the West.”

Precipitation is needed up and down the West Coast, where most counties continue to experience severe to exceptional drought conditions — with no substantial end near. 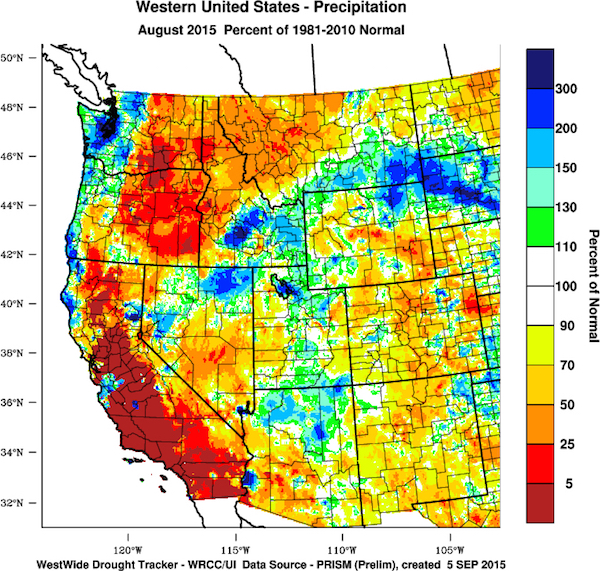 This chart of the West Coast of the United States reflects the August 2015 precipitation departure from normal. (Image from the WestWide Drought Tracker, Western Region Climate Center and University of Idaho/courtesy of Greg Jones)

The projected El Niño watch indicates an 80 percent chance that phase will extend into the spring. Historically, the Pacific Northwest does not receive significant increases in precipitation during El Niño events.

“While it appears that the El Niño will likely bring welcomed moisture this fall/winter to Southern California, the desert SW, and the Great Basin, how far it reaches northward and how much it brings are the unknowns,” Jones wrote.

“While this seems like a broken record, the trend from previous months of much higher than average nighttime temperatures continued in August over much of the western U.S.,” Jones wrote. “Again, this is largely the result of the warmer than normal sea surface temperatures in the North Pacific and should continue into September and likely beyond.”

One of the key components to Pacific Northwest wines is the retention of natural acidity, a result of the cool nighttime temperatures as grapes mature. Increased humidity also can make it more difficult for growers to battle mold and pests.

“Current index values of the Pacific Decadal Oscillation have been running strong positive, indicating that the warm phase is in place,” Jones wrote. “The current long range forecasts continue to be driven by the combined effects of a warm North Pacific and El Niño conditions in the tropics.”