Dan Ashton, member of the BC Legislative Assembly, represented Premier Christy Clark in presenting the award for the Jackson-Triggs 2010 Entourage Brut on Thursday night during the BC Wine Awards Reception, which served as the opening event for the Okanagan Wine Festivals Society’s 35th annual Fall Okanagan Wine Festival.

The competition drew a record 562 entries, which led to 29 gold medals, 111 silver medals and 195 bronze medals. Seven of the gold-medal wines, including the J-T 2010 Entourage, were selected to receive platinum awards.

The Jackson-Triggs 2010 Entourage Brut is a bone-dry, 5-year-old methode Champenoise bubbly produced by winemaker Derek Kontkanen from a cool vintage in the Okanagan Valley. Kontkanen, recently appointed to winemaker of nearby Inniskillin Okanagan, earned a series of silver medals in international competitions for the 2010 Entourage before rising to the top of the judging staged Sept. 25-27 on the Penticton campus of Okanagan College.

Kismet Estate Winery in Oliver, a 20-minute drive from Oroville, Wash., received platinum medals for its 2013 Syrah and 2014 Riesling Icewine. Deepinder Gill makes the wines for his family, longtime growers in the South Okanagan who only opened their winery in 2014.

Tightrope Winery in Penticton, which amassed a double gold and four gold medals at the 2015 Great Northwest Wine Competition, won a platinum award at the BC Wine Awards for its 2012 Riesling.

Wild Goose Vineyards in Okanagan Falls — Wine Press Northwest magazine’s 2009 Pacific Northwest Winery of Year — continued its string of success with aromatic whites as its 2014 Gewürztraminer earned a platinum at BC Wine Awards. 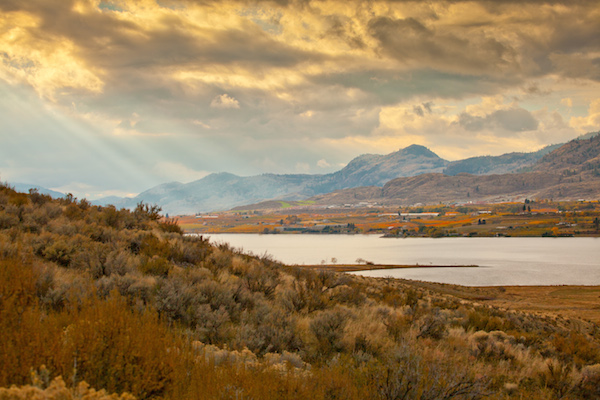 Vineyards and wineries on the Black Sage Bench near Osoyoos, British Columbia, are a 20-minute drive from Oroville, Wash. (Photo courtesy of the BC Wine Institute)

British Columbia is home to a record 305 licensed wineries, an industry that has nearly doubled in the past six years, according to BDO Canada research.

This year, harvest began Aug. 12, the earliest recorded date in the province’s modern wine industry Early estimates for the 2015 vintage project a crush of 38,000 tons. Last year’s British Columbia Wine Grape Crop Report has not been released by the BC Wine Institute, but two years ago the industry crushed a record 31,383 tons. In 2014, Oregon crushed 78,000 tons, while Washington processed 227,000 tons. 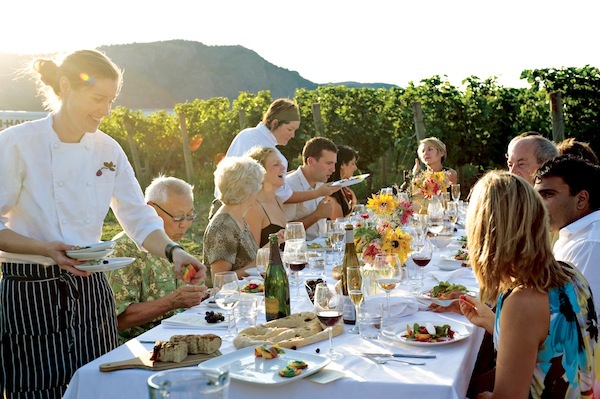 British Columbia’s appreciation for food and wine pairings is one reason for the success of the Okanagan Fall Wine Festival. (Photo courtesy of the BC Wine Institute)

The BC Wine Awards represent the oldest and largest wine competition in the province, and it leads up to more than 120 wine-related events and lures 20,000 visitors to the Okanagan Valley. Tonight and Saturday night brings the popular Fall WestJet Wine Tastings.

Next week, the Fall Okanagan Wine Festival concludes with two new events as the country celebrates its Thanksgiving weekend. The inaugural Cropped is billed as Canada’s largest public tasting of BC wines at the farmer’s market in Penticton, and there also will be the farm-to-table Sparkling Brunch at Watermark Beach Resort in the border town of Osoyoos.

The late Jurgen Gothe, a Canadian Broadcasting Corp., radio personality and wine writer, was announced as the 2015 Founder’s Award recipient for his years of pioneering contributions in support of the province’s wine industry. 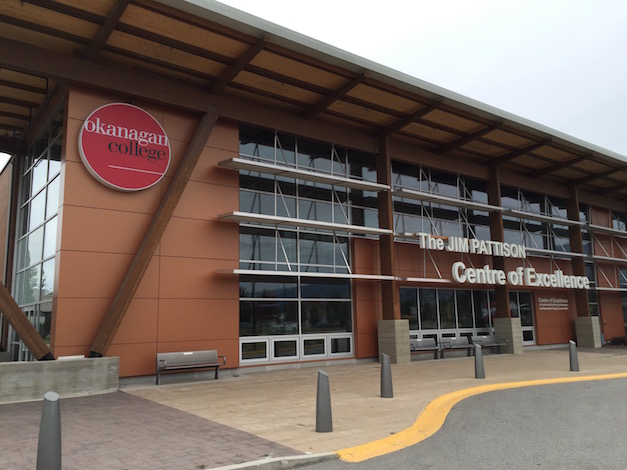 The 2015 British Columbia Wine Awards were staged at the Okanagan College Sensory Centre in the Jim Pattison Centre of Excellence. (Photo by Eric Degerman/Great Northwest Wine)