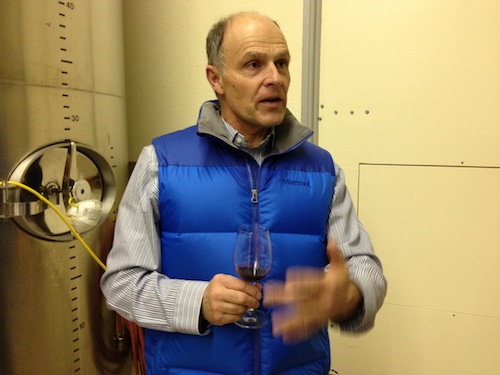 The Great Northwest Wine Competition is unique in the United States, as it is believed to be the only competition in the nation in which the judges nominate the wines to be evaluated. 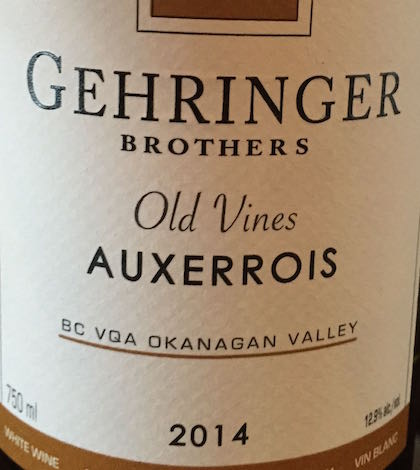 Auxerrois is a rare white variety that is native to France’s Loire Valley. Walter Gehringer, co-owner/winemaker of Gehringer Brothers in Oliver, British Columbia, planted his first Auxerrois grapes in 1985, then added more acreage for the next two years.

“Nobody had heard of Auxerrois,” Gehringer told Great Northwest Wine. “Now, it has a little following.”

In what became known as “the Becker project,” about 60 grape varieties were planted throughout the Okanagan Valley in the late 1970s. Auxerrois showed the best of any white grape variety during these trials. However, little plant material was available in Canada for a few years.

Gehringer was able to take cuttings from those original Becker project vines and propagate them for his vineyard. The Becker project was led by Helmut Becker, one of Germany’s top grape breeders and vine researchers at the famed Geisenheim Institute.

As a result, Auxerrois never took off in a big way, and Gehringer believes that was not a bad thing for the burgeoning British Columbia wine industry.

“Kind of like Ehrenfelser, Auxerrois would be a hard sell,” Gehringer said.

Gehringer said Auxerrois is not a big wine. Rather, it is delicate with layers of complexity.

He likes to pair Auxerrois with dishes that do not have intense flavors. Pumpkin soup and white turkey meats are delicious.

“Scallops are an absolute dynamite pairing,” he said enthusiastically.

Gehringer also won gold medals for its Dry Rock Vineyards Unoaked Chardonnay and Optimum Pinot Noir, but their wines have earned top awards in U.S. competitions for more than a decade. Gehringer Brothers is known as “King of the Platinum,” the year-end best of the best competition staged by Wine Press Northwest. Walter and Gordon Gehringer have amassed 47 Platinum medals in the competition’s first 15 years — nearly twice as many as any other winery in the Pacific Northwest. Gehringer Brothers has won at least one Platinum medal every year except 2001 and 2006.

Gehringer Brothers wines are available only in British Columbia. None of the wines are imported to the United States.

A few other trends from the competition:

The nominating judges for this year’s competition were:

Here are the results of the third annual Great Northwest Invitational Wine Competition: