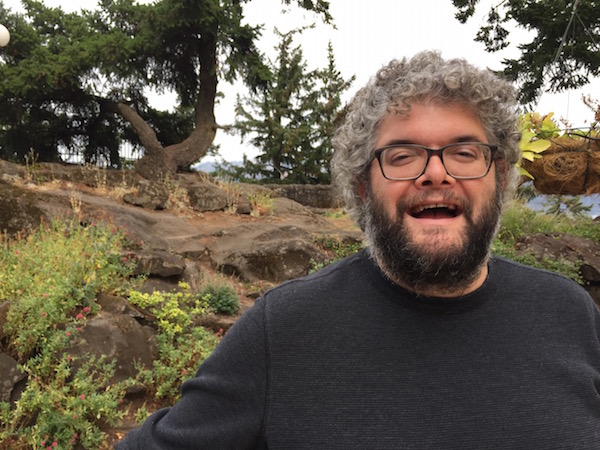 Paul Zitarelli is the founder and owner of Full Pull Wines in Seattle. Full Pull is a curated virtual wine shop, and Zitarelli sells small-lot wines to thousands of customers through email. (Photo by Andy Perdue/Great Northwest Wine)

SEATTLE – Paul Zitarelli’s journey from East Coast math major to Seattle wine expert has been surprisingly swift and has had no shortage of adventures.

The owner of Full Pull Wines once harbored dreams of being a wine journalist. These days, he’s influencing thousands of Puget Sound wine lovers while also fulfilling his writing goals.

We recently sat down with Zitarelli to talk about on-demand curated wine retail, favorite obscure Northwest wine regions and boutiques vs. giants.

From Philly to Full Pull

Full Pull Wines is a curated on-demand wine shop based in Seattle.

Zitarelli grew up on the East Coast in the suburbs of Philadelphia and in high school took an interest in journalism. By the time he went to college – a little place near Boston called Harvard – his academic interests shifted toward numbers, and he earned a bachelor’s in applied mathematics.

But his heart and his soul yearned to write.

“In your 20s, you start to discover things that you’re good at that you don’t necessarily enjoy doing,” he told Great Northwest Wine. “And that was more of the math and consulting and fiscal-type jobs that I had then. I could do them OK, but I wasn’t loving it.”

In 2004, Zitarelli’s wife got into grad school at the University of Washington in Seattle, so they decided to spend some time in the Pacific Northwest. Little did they realize it would be a life-changing adventure.

“It was a two-year program, and we figured we would come out, explore the Northwest, have a great two years and then take off,” he said. “But it’s one of those places that got its hooks into us. It’s 11 years later, and I don’t think we have any intentions of leaving.”

Zitarelli was in UW’s MBA program and began writing a blog about Washington wine. A lot of the comments he received were related to the wines he wrote about, specifically where they could be purchased.

“So that was the initial lightbulb that went off to continue writing about wines and only writing about the wines I cared about, but then also selling them.”

Zitarelli knew that becoming a wine retailer would, for all intents and purposes, end his thoughts of becoming a wine journalist – a vocation that hardly pays the bills anyways – but he also figured it would be a lot of fun.

From that idea came Full Pull Wines, a virtual wine shop Zitarelli opened in 2009 that has gained great attention amid wine lovers and producers throughout Washington.

“Basically, we have a mailing list of a few thousand people, mostly a local list,” he said. “We send three or four offers a week to that list, and each offer usually focuses on one bottle of wine and really tries to dig into the story.”

This is where Zitarelli flexes his writing prowess. Many wine lovers subscribe to the Full Pull list just for his clever prose, though he also sells a lot of wine.

Once an offer is made to his list, Zitarelli and his staff figure out how much wine is going to move. The wine is purchased from the winery or distributor and moved to his warehouse in Seattle’s SoDo district, where it is available for his customers to pick up.

“It was basically a zero-inventory model,” he said. “That was out of necessity because I wanted to start a wine business and had no money. I did a little research into traditional brick-and-mortar shops. It takes a solid $100,000 to just have enough wine on the shelves to have it look decent when you open. That wasn’t happening for me.”

Full Pull works on a model that has been emerging for the past few years. It operates on the premise that a wine expert can cut through the thousands of wines that bloat the marketplace and find the one for you.

“I think wine in particular lends itself to that kind of curated model,” he said. “In part because there are just so many (wines). There’s a pretty big segment of the population that walks into a traditional brick-and-mortar shop or even the wine section of a good grocery like QFC and is just completely overwhelmed by the selection.”

Instead, these consumers yearn for an expert to show up, hand them a bottle and say, “Drink this.”

“That’s the service that we provide,” he said. “There are a lot of folks who do it, I think because the barrier to entry is pretty low. If you find enough people who trust you, then you can build a business pretty quickly around this.” 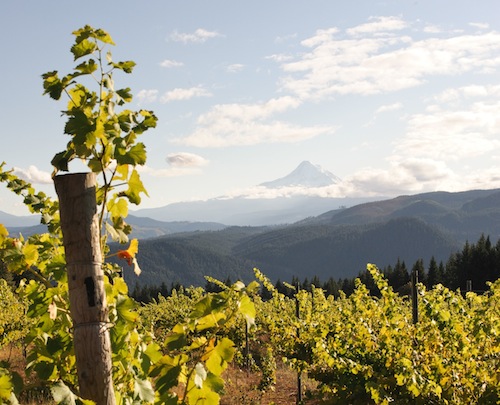 When he started Full Pull in 2009, Zitarelli focused 100 percent on Washington wine. In 2011, he began to explore Oregon. And in 2012, he dipped a toe into imports. But Washington still represents 85 percent of the wines that are offered to his customers and, he says, 90 percent of his sales.

His young operation continues to earn respect within the industry and among his peers. Last winter, Full Pull was named as the Retailer of the Year at the Washington State Wine Awards, a program created by the Washington State Wine Commission to recognize restaurateurs, sommeliers and wine merchants. In 2014, Zitarelli was named the Independent Retailer of the Year. The year prior, the Puget Sound Business Journal placed Zitarelli on its annual “40 Under 40” list.

“I try to do everything from obscure to more mainstream,” he said.

He’s even offered a couple of wines from Ste. Michelle Wine Estates, though he loves finding something nobody else has – “micro-production in some dude’s basement where it’s a barrel but it happens to be fantastic.”

Zitarelli will be the first to stand up and and thank Ste. Michelle for its efforts to hold up and promote the Washington wine industry.

“We’re very lucky in Washington to have Ste. Michelle as the flagship and also the vanguard in a lot of markets because despite the fact that they’ve grown their production to incredible levels, the quality is still really high,” he said.

Zitarelli is a self-described acid freak, so he loves wines that come from cooler areas of Washington. He’s particularly jazzed about two regions of the state: Ancient Lakes near Quincy and the Columbia Gorge around White Salmon and Bingen.

“They’re not always the wines that sell the best for us through Full Pull,” he said. “The stuff that’s going on in Ancient Lakes right now and the stuff that’s one on here in the Columbia Gorge are really exciting because it really showcases the climactic breadth of that we have in Washington and really sort of underscores how you really should be able to make any style of wine that you want if you’re working in Washington.”

Zitarelli is particularly fond of Washington Grenache right now, and he’s also excited about how crisp, dry rosés have caught on not only with winemakers but also consumers. 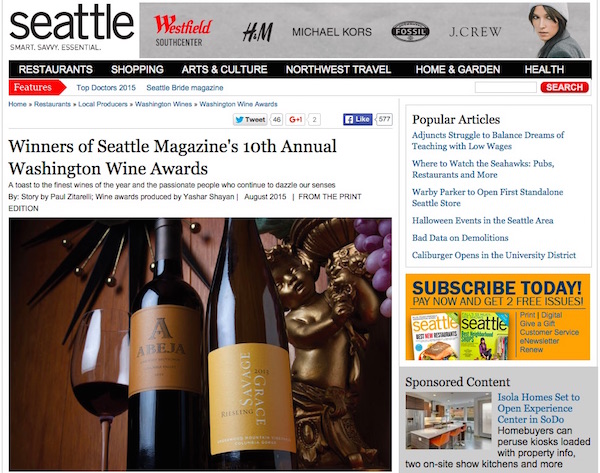 Through all of this, Zitarelli continues to slake his thirst for his original passion: to write.

In addition to his popular email offers, he also now is the wine writer for Seattle magazine.

“That’s the craziest thing about all this,” he said. “Having sort of believed I was setting aside any potential for real wine journalism by starting this business, then it ended up coming full circle.”

The gig began with judging the magazine’s annual wine awards, which led to a few freelance pieces, then becoming its wine writer.

“It’s great,” he said. “For me, it’s an outlet to be able to write about wine where there’s zero sales pressure. I can write an article about wine raised in concrete, which even for our Full Pull list would probably be a little too obscure to do an offer. It’s been a great joy for me to be able to do some of that.”

Zitarelli also is stoked about the potential of British Columbia wines. At the recent Great Northwest Invitational Wine Competition, his eyes were opened to the possibilities.

“As I was going through my notes on the judging and then looking at the wines that had me excited, it was kind of crazy how high the proportion was from B.C.,” he said. “I’m excited to check it out.”

Traditionally, British Columbia wines have been nearly impossible to find outside of the province because of tariffs and other import hassles. But Zitarelli wonders if he might have a solution: He recently acquired an import-distribution license and created a separate entity with the idea of having a tool in his back pocket in case he wants to go that route.

“My gears have been spinning for sure because I know a lot of B.C. wineries have trouble getting distribution in Seattle. It could be a perfect model for somebody like us, who could direct import then retail to our list.”