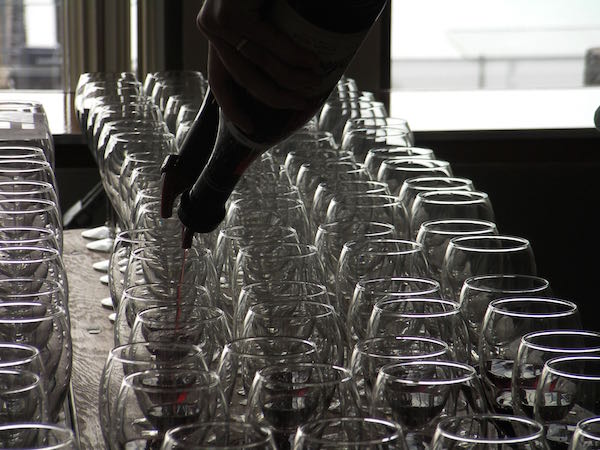 Thousands of wine glasses will be poured, sniffed, sipped and evaluated during the next three days for the 16th annual Wine Press Northwest Platinum Judging. (Photo by Great Northwest Wine)

KENNEWICK, Wash. – Using a format that brings top wines from throughout the Pacific Northwest together, Wine Press Northwest magazine is staging its 16th annual Platinum Judging beginning this afternoon.

The competition includes only wines that have won a gold medal or better at any of more than 40 professionally judged wine competitions from around the world. The wines must be from wineries in Washington, Oregon, British Columbia and Idaho.

“This is an invitation-only competition,” said Gregg McConnell, editor and publisher of Wine Press Northwest, a quarterly glossy consumer wine magazine that began in 1998. “We only invite wines that earned gold medals at other regional, national or international competitions. It’s a benchmark, of sorts, for overall wine quality in the Northwest.”

This year’s judging has drawn a record number of entries, with nearly 700 gold medal winners gathered at the Clover Island Inn in historic downtown Kennewick, a community in the heart of Washington wine country.

“As the wine industry grows, wine competitions naturally see an increase in participation,” McConnell told Great Northwest Wine. “But our competition is different. Only top-shelf wines can participate, and the significant jump in entries the past two years is indicative of a maturing wine region that remains focused on quality over quantity.”

Results of the Platinum will appear in the Winter 2015-’16 issue of Wine Press Northwest, which will be shipped to subscribers during the week leading up to Christmas.

B.C. winery is ‘king of the Platinum’ 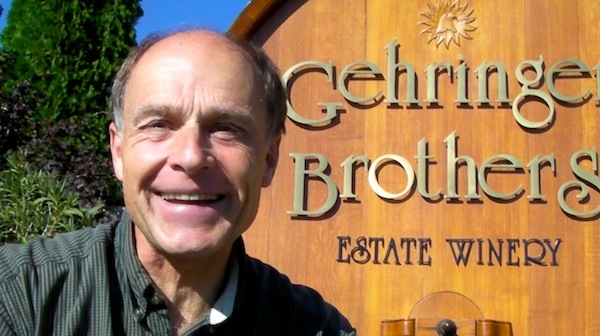 Through the first 15 years of the Platinum Judging, no winery has earned more Platinum awards than Gehringer Brothers Estate Winery in Oliver, British Columbia. The small, family-run winery about 20 miles north of the border in the Okanagan Valley has won 47 Platinums, a fact that delights owners Walter and Gordon Gehringer, who even point out this fact on the back label of its myriad wines.

Maryhill Winery in Goldendale, Wash., and Jackson-Triggs Okanagan Estate in Oliver have won the second-most Platinums at 25 each. Chateau Ste. Michelle is next with 22, followed by Barnard Griffin in Richland, Wash., and Wild Goose Vineyards in Okanagan Falls, B.C., with 19 each.

The judging is conducted under blind conditions, meaning the judges know neither the producer nor the price until after the judging is completed. They do know the category of wine, such as whether it’s a Merlot, a Riesling or a blend. 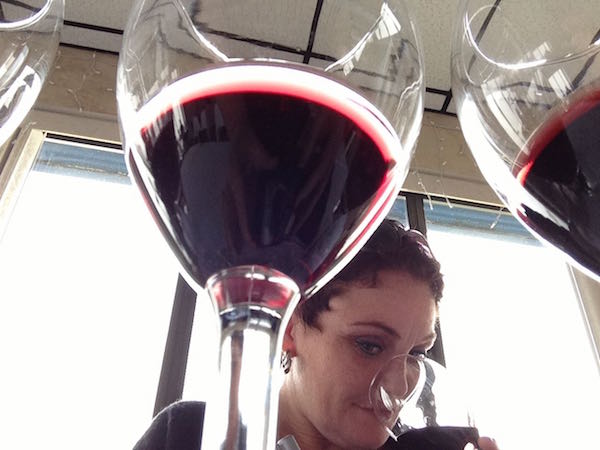 This week, nine wine professionals from throughout the United States are participating in this year’s Platinum Judging. They are:

Dan Berger is a columnist for Wine Press Northwest magazine and runs the Dan Berger International Wine Competition in Santa Rosa, Calif. He is a frequent contributor to consumer and industry wine periodicals and writes a syndicated column that appears in the Santa Rosa Press-Democrat and the Napa Valley Register.

Kristine Bono is a longtime judge for various Northwest competitions and is the tasting room manager for Goose Ridge Vineyards in Richland. She has worked in similar capacities for Alexandria Nicole Cellars and Col Solare. She is a certified sommelier.

Ellen Landis is an accomplished international wine judge who participates in more than a dozen competitions up and down the West Coast. She is a certified sommelier who recently relocated from Half Moon Bay, Calif., to Vancouver, Wash. She and her husband, Ken, owned and operated Landis Shores, a luxury B&B on the California coast, for several years.

Gregg McConnell is the editor and publisher of Wine Press Northwest magazine and the publisher and president of the Tri-City Herald. He oversees the content and production of the magazine and participates in all of the peer-group judgings conducted by the magazine.

April Reddout runs the tasting room and is the wine program manager at the Walter Clore Wine & Culinary Center in Prosser, Wash. She has judged at the Idaho Wine Competition and the Great Northwest Invitational Wine Competition in Oregon.

Parks Redwine owns and operates the Northwest Wine Summit, one of the largest wine competitions in the Pacific Northwest. Throughout the years, he has served as a wine writer for Atlanta publications, run a family banking operation and owned and operated as a wine importer. He once owned a winery called Pfenix that focused on the rare red wine grape Cabernet Pfeffer. He lives in Atlanta.

Ken Robertson is a columnist for Wine Press Northwest magazine and is the retired executive editor of the Tri-City Herald. Ken began writing about Northwest wine in the 1970s. He is a frequent judge at competitions throughout the Pacific Northwest and serves on the Great Northwest Wine tasting panel. He also leads wine tours in the Columbia Valley.

Coke Roth is a columnist for Wine Press Northwest magazine and is a former wine and beer distributor who now owns a law practice is in Kennewick. Coke has judged many of the top wine competitions in North America since the early 1980s, including the Los Angeles International Wine & Spirits Competition. He is the chief judge for the Pacific Rim International Wine Competition in San Bernardino, Calif.

Heather Unwin is the past executive director of the Red Mountain AVA Alliance and now teaches wine classes throughout Eastern Washington and serves as a wine business consultant. She is a guest instructor for the Wine & Spirit Education Trust and is a leading expert on Champagne and sparkling wine. Heather regularly judges throughout the Pacific Northwest.