A Snickers bar will pair well with such wines as Cabernet Sauvignon, according to a Master of Wine. (Photo courtesy of Snickers)

Halloween candy and wine. Could there be a perfect pairing? Who would even try?

How about a Master of Wine who works for one of the largest wine retailers on the West Coast.

Bob Paulinski of BevMo in Northern California took on the task of figuring out what might go with such Halloween classics as Reese’s Peanut Butter Cups, candy corn, Smarties and Snickers – all in the name of science.

“This is unique and different,” Paulinski told Great Northwest Wine. “We certainly don’t usually think of pairing wines with a lot of these types of food.”

Paulinksi, who became a Master of Wine in 2002, used his training as one of the top wine experts in the world to figure out what might work.

“With a lot of the chocolate-based candies, have a wine with tannins,” he said. “The same thing works with wine and cheeses. For the non-chocolate candies, I’m looking for brightness, fruit and freshness – things that taste like fresh fruit.”

Take, for example, Smarties. The Halloween trick-or-treat staple is sweet, tart and a little dusty. Paulinksi decided to go with an off-dry Prosecco, a sparkling wine from Italy. He said a wine such as Michelle Sparkling Wine‘s Extra Dry sparkling wine could serve the same purpose because it is a little sweet in the finish.

“Some of this is intuitive,” he said. “Some of it is science. These pairings are really based on flavors that are chocolate-based or some other ingredient base.” 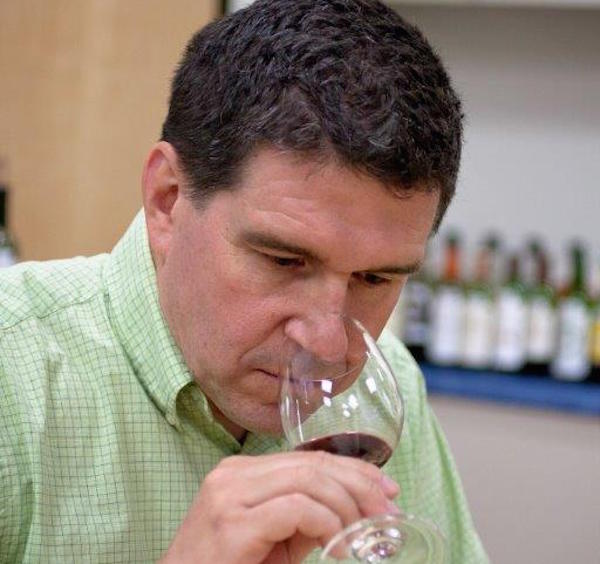 Bob Paulinksi is a Master of Wine who lives in Northern California and works for BevMo. He came up with several pairings of Halloween candy and wine. (Photo courtesy of BevMo)

When Paulinksi first heard about the project from a co-worker, he thought it would be a fun project. But when he saw the actual candies he was tasked with pairing, he began to think otherwise.

“I thought, ‘You’ve got to be kidding!'” he said with a laugh. “I had to dig deep into the bag to find things that would work.”

Here are the pairings he came up with. It’s up to you to dig into your child’s Halloween bag this weekend to test Paulinski’s theories.

Reese’s Peanut Butter Cups: He chose a wine with berry fruit characters with enough tannins to pair up with the chocolate and peanut butter, so he went with Zinfandel. Try this with The Pines 1852 2014 Old Vine Zinfandel from Hood River, Ore., which won a gold and best of class at the Great Northwest Invitational Wine Competition.

Candy corn: Considered by some as the scorn of Halloween and by others as the reason for the scary season, Paulinski said a fresh, bright, late-harvest Riesling would be perfect with candy corn. A real treat would be to try this with the Chateau Ste. Michelle 2014 Ethos Late Harvest Riesling, which won a double gold medal and best of class at the Great Northwest Invitational Wine Competition.

Peanut M&M’s: Paulinksi chose a wine with softer, rounder, gentler tannins and decided on Pinot Noir. Give this a try with the Coeur de Terre Vineyard 2012 Pinot Noir from Oregon’s Willamette Valley winner of a gold medal at the Great Northwest Invitational Wine Competition.

Sour Patch Kids: This could be considered one of the tougher pairings, but Paulinski boldly selected Moscato, thanks to its fresh, fruity, bright flavors that counteract the tartness of the candy. Enjoy with a House Wine Market Moscato.

Snickers: Because of the combination of milk chocolate and caramel with a rich, full taste, Paulinski landed on a Tawny Port. Enjoy this with a Thurston Wolfe Tawny Port, a top wine from Wine Press Northwest‘s blind tasting of Northwest fortified wines.

Skittles and Starbursts: Once again, the sweet-and-sour aspects of these candies lend themselves to a sweeter wine, so Paulinksi recommended an off-dry Riesling. Try it with a Sweet Cheeks Winery 2013 Vintage Riesling from Oregon. This wine won a double gold at the Great Northwest Invitational Wine Competition.