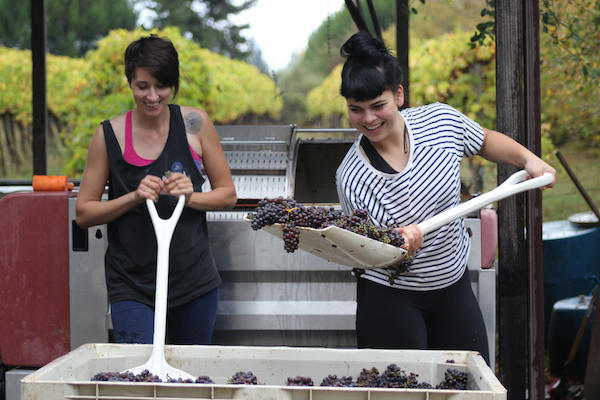 Phaedra Brucato, right, works harvest at Teutonic Wine Co. near Portland this fall. Brucato is the wine director at the Willows Inn on Lummi Island near Bellingham, Wash. (Photo courtesy of Kayt Mathers)

LUMMI ISLAND, Wash. – To hold a bottle of wine and tell its story through the eyes of someone who crushed grapes, cleaned barrels and walked vineyards is satisfying and gratifying.

That is the lesson taken by Phaedra Brucato, wine director for the Willows Inn, a century-old resort hotel and restaurant on this island near Bellingham that is part of the San Juan Archipelago.

Brucato, who grew up in Seattle, spent two weeks this fall working harvest for Teutonic Wine Co. in Oregon City. There, she learned more about the art and craft of making wine and gained a higher appreciation for the hard work that goes into each bottle. This experience is one she hopes to repeat and believes makes her a better advocate not only for wineries but also her customers.

We recently caught up with Brucato to chat about her experience. Here’s the interview:

From Seattle to Boston to Lummi Island 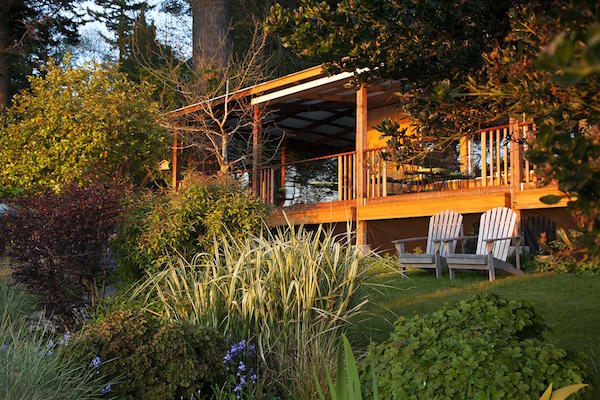 The Willows Inn is a century-old property on Lummi Island near Bellingham, Wash. (Photo courtesy of Willows Inn)

After growing up in Seattle, Brucato headed east to go to college at Tufts University and the School of the Museum of Fine Arts, both in Boston.

“It’s a strange path that leads to wine,” she told Great Northwest Wine.

Though she’d studied comparative culture and painting, Brucato wasn’t sure where her career path might lead. She found a job opening on Craigslist at a fine-dining restaurant called L’Espalier. When she got a call back, she overheard the person being interviewed ahead of her being asked what Burgundy was.

“I had no idea,” she said. “I was freaking out, frantically trying to Google it on my phone.”

But instant knowledge wasn’t going to be enough, and she knew it, so during her interview, Brucato quickly confessed that she knew little about wine but was excited to learn.

“They hired me, and that restaurant was really key in developing my passion for learning about wine,” she said. “I think that helped me grow and understand how creative wine pairing and the enjoyment of wine really is.”

When she moved back to Seattle, she found work at a restaurant that wasn’t driven to provide a great wine experience.

“Losing that opportunity really made me realize again how important wine was to my career and how much I really enjoyed sharing that love with my guests, my customers,” she said.

In 2014, she came to the Willows Inn, a property built in 1910 that today is run by chef Blaine Wetzel, who arrived in 2010. The focus is on locally grown and foraged foods.

“We have a farm that works just for us,” she said. “We have an amazing farmer who raises all of our vegetables as well as honey bees. Our tasting menu is a celebration of the island and what this has to offer us.”

The Willows is about a half-hour from Bellingham – if you time it right for catching the ferry – which makes it maybe two hours from Seattle on the way to Vancouver, British Columbia.

When she arrived, Brucato began to shift the focus of the wine list to nearly all regional, primarily Washington and Oregon. One of her distributors, Cavatappi, introduced her to the wines of Teutonic. 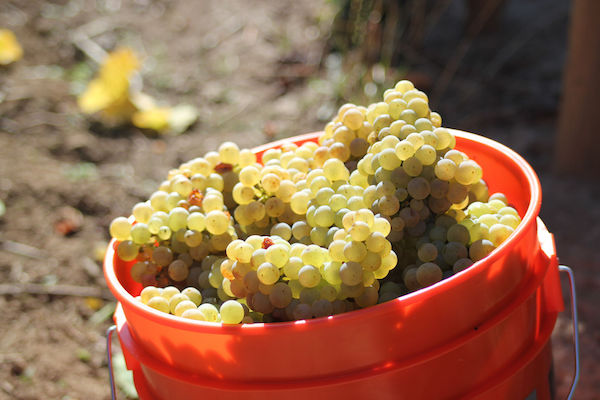 Teutonic Wine Co. is run by the husband-wife team of Barnaby and Olga Tuttle. They produce about 5,000 cases of various wines, including Pinot Noir, Riesling, Silvaner and Gewürztraminer.

Brucato spent two weeks with the Tuttles in early October helping do just about everything at the winery.

“I think what they really made me appreciate is just how much work goes into making a bottle of wine,” she said. “I think that comes across in the way I introduce wine. I feel that if I can really appreciate the amount of work – blood, sweat, tears – that go into the creation of 750 milliliters of wine, I can help get my guests really excited about it, get my co-workers really excited about it, help impassion them to sell more wine and act as an intermediary between a winery and guests.”

Barnaby, she said, is passionate about revealing the terroir of the vines in each bottle, and he’s particularly in love with older vines and the characteristics they can provide.

“If there’s an old vineyard that might have been neglected or the grapes haven’t been vinified into anything notable for awhile, he will go after it,” she said.

Her time in the winery and around the crush pad helped Brucato appreciate the frenetic work that goes into winemaking.

“You have to really be capable of putting every ounce of energy and focus into a moment,” she said. “I think that’s a really unique thing to witness. Winemaking could be considered an extreme sport.”

The experience has led Brucato to seek other harvest opportunities. When the Willows Inn is closed for the winter, she is considering heading to Australia to work harvest there. She likes the fact that she can go during the restaurant’s off-season and she won’t have to learn a new language. 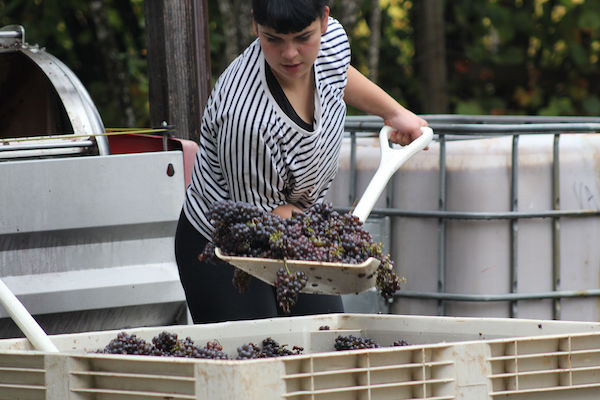 Phaedra Brucato knows that her 2015 harvest experience helps make her a better wine professional who will bring more energy to her passion for wine. (Photo courtesy of Kayt Mathers)

Brucato said the experience at Teutonic is changing a lot of her approach to wines she selects, the food pairings she works on and the way she interacts with customers.

“Being able to share stories with guests is one of the things that makes their experience that much more memorable for them,” she said. “I can tell them that I am able to take trips out there and meet the dog and share dinner with the family or tell the quirky little eccentricities that each winemaker had in the way they work and say I did have a part of the creation of something that I’m serving.”

That, she said, will be contagious for the guest and help create a special experience.

“Excitement is contagious. I think the more I feel like there’s something excellent and exciting happening, the more my guests will feel that themselves.”

And even though Brucato’s wine list at the Willows Inn is strictly Cascadian in content, she now knows quite a bit about Burgundy.