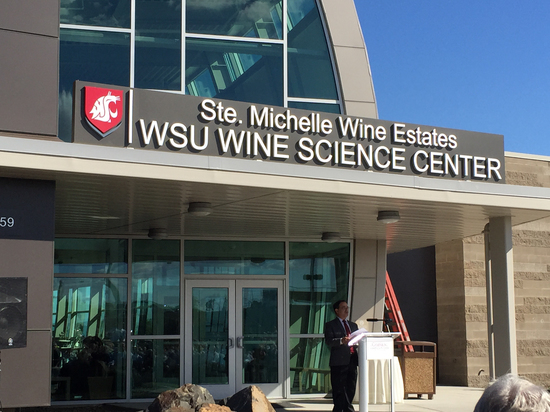 SEATTLE – The Auction of Washington Wines took place in August, and it just keeps on giving.

“Washington state’s wine industry is very appreciative of the Auction of Washington Wine’s Support,” said Steve Warner, president and executive director of the wine commission. “The contribution represents a significant proportion of funds that are annually spent on research projects and will allow funding of additional projects.”

With the opening this summer of the Ste. Michelle Wine Estates Wine Science Center on the WSU branch campus in Richland, wine research and education in the state have taken several steps forward, and this research money will be put to good use, said Thomas Henick-Kling, director of the Wine Science Center.

“This contribution is very important to our vision because it allows us to expand and strengthen our research program,” Henick-Kling said. “Additional research monies provide opportunity for long-term research planning and help support extension-type research.”

The Wine Science Center, which was completed this summer and opened for classes in August, cost $23 million to build and equip, with the vast majority of that money coming from wine industry sources. 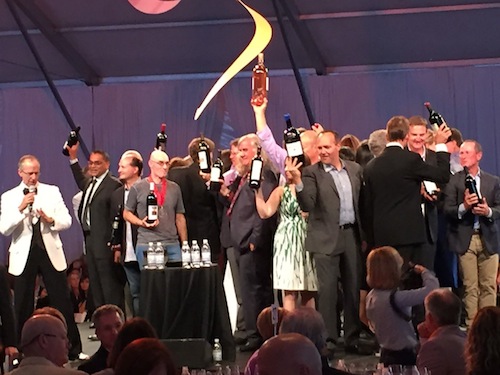 Several Washington winemakers gather on state at Chateau Ste. Michelle for a magnum auction item during the 2015 Auction of Washington Wines. (Photo by Great Northwest Wine)

This year’s Auction of Washington Wines raised more money than ever before. The three-day event in August that was topped by a gala auction at Chateau Ste. Michelle in Woodinville raised a record $2.5 million. That was up from $1.8 million last year.

Through the event’s 28-year history, it has raised more than $34 million. The majority of the funds raised is directed to Children’s Hospital in Seattle to help cover uncompensated care for children. In recent years, however, a portion of the proceeds have begun to fund research and education through WSU.

A few of the highlights from this year’s auction were: