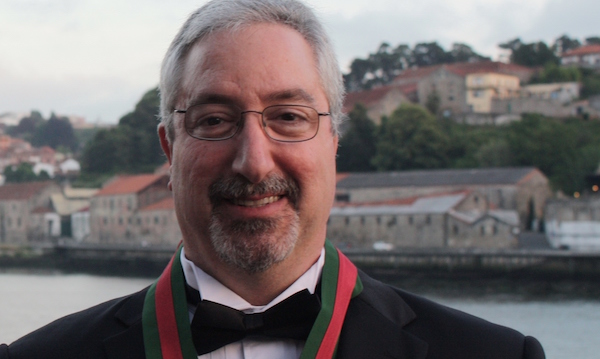 Roy Hersh lives in Sammamish, Wash., and owns the business For the Love of Port. He is considered one of the nation’s leading experts on Port wines. (Photo courtesy of Roy Hersh)

It’s only natural that as the days turn cold, rainy and snowy, wine lovers’ minds often drift toward drinking Ports and other fortified wines.

Roy Hersh never stops thinking about Port. The Sammamish, Wash., man is one of the country’s leading experts on the wines of Portugal and Madeira, and he leads tours of both areas for fellow wine lovers. He runs For the Love of Port, a website and business.

We recently got on the phone with Hersh to talk about all things Ports. He explained how Ports are created and what some of the various styles are, as well as some of the domestic versions of the sweet dessert wines we might find in the Pacific Northwest.

Finding a love of Port 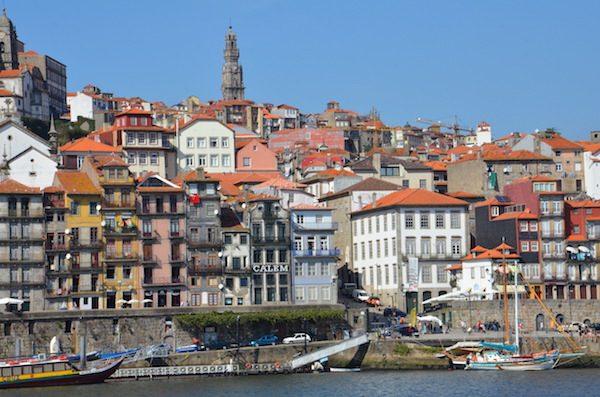 Porto is the second-largest city in Portugal and is the gateway to wine country. (Photo courtesy of Roy Hersh)

Hersh grew up on the East Coast and attended culinary school in the 1970s. Eventually, he began working for restaurants in New York City and later owned a place in Colorado.

In 1996, he was offered a position as purchasing director for Schwartz Brothers Restaurants, which founded and owned the Cucina! Cucina! chain that brought him to the Seattle area.

Through the years, Hersh came to love wine. It began with a wine class he took in college, followed by a sommelier course he attended in Washington, D.C. In the 1980s, he was working at a New York City restaurant and the sommelier gave him a taste of the Sandeman 1963 Port, a classic vintage of the dessert wine and a bottling that continues to garner acclaim from critics.

It changed everything for Hersh.

“It was my first experience with Port,” Hersh told Great Northwest Wine. “I’ve been collecting and writing about Port ever since.”

After a quarter-century in the restaurant business, Hersh had enough and decided to invent a new job for himself. In 2004, he launched For the Love of Port, a website that includes forums, general information about Port, a newsletter and tourism.

Eleven years later, Hersh couldn’t be happier. He spends his time tasting great wines and traveling the globe – all in the name of Port.

How Port is made 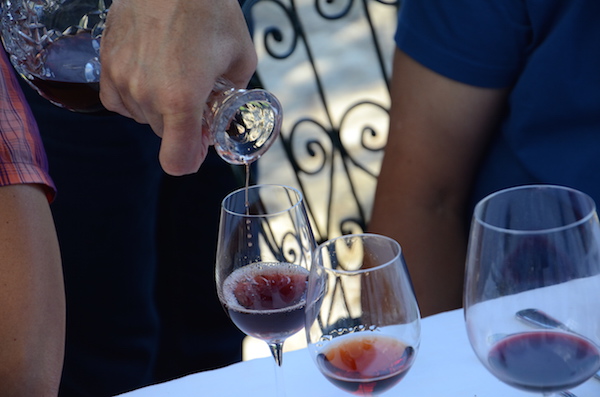 Port is poured from a decanter for one of Roy Hersh’s events. (Photo courtesy of Roy Hersh)

Port comes from Portugal, specifically the Douro Valley, a region that runs from the Atlantic coast to the Spanish border.

While typical table wines are fermented for a week or more until the yeast has converted all the sugar into alcohol, Port is fermented for one to three days before brandy is added. The spirit kills the yeast cells before fermentation is complete, leaving a sweet, high-alcohol wine that can age as well as anything on the planet, with the exception of Madeira.

“With age, they can be fantastic,” Hersh said. “They can age for up to a century-and-a-half.”

Just as Champagne only comes from the Champagne region of France, so too can Port come only from Portugal. That said, many New World wineries still use the word “Port” on their Port-style dessert wines.

Hersh also is quite fascinated with the wines of Madeira, an island southwest of Portugal off the coast of Morocco. In Madeira, wines are made in a similar method as Ports, though the grape varieties are different because they are, for the most part, indigenous to the island and are primarily white. In Portugal, about 80 grape varieties are approved to be used to make Port.

In the New World, many different grapes are used. For example, Barnard Griffin in Richland, Wash., makes a Port-style wine using Syrah. Up the Yakima Valley in Prosser, Thurston Wolfe Winery creates several Port-style wines from Zinfandel and Cabernet Sauvignon, as well as traditional Portuguese varieties such as Touriga Naçional, Tinta Cão and Souzão. 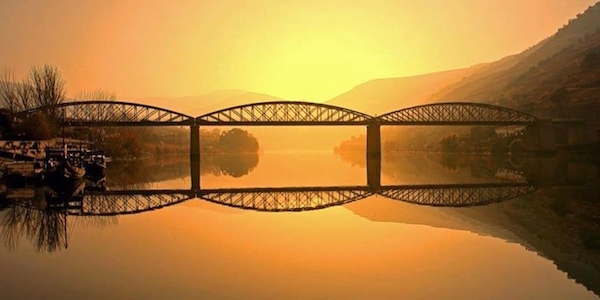 Sunset on the Douro River in Portugal. The Douro stretches through Portugal and its most famous and important winemaking region. (Photo courtesy of Roy Hersh)

A few times per year, Hersh leads tours of Portugal and Madeira. The tours typically last a week and are limited to about a dozen wine enthusiasts. During harvest, he leads two tours back to back.

“I take people on extravagant wine trips,” he said with a smile. “It is an absolutely stunning, mountainous region.”

While many folks get out Port when the weather grows cool, Hersh is happy to drink it year-round. Of course, it’s not always the rich, heavy wines he typically craves because there are many styles.

When it’s warm out, Hersh will chill a white Port or a Tawny Port and enjoy it cold. When the weather cools in autumn and winter arrives, big vintage Ports with a plate of blue cheese serves him and fellow Port lovers well.

It’s all part of the job of a Port aficionado.