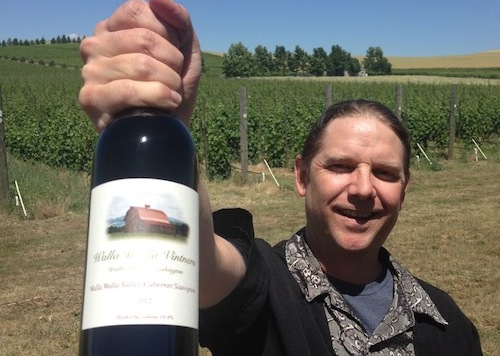 Walla Walla Vintners will be among the wineries participating next month in tasting events in Seattle and Portland. (Photo by Andy Perdue/Great Northwest Wine)

WALLA WALLA, Wash. – In February, the Northwest’s most renowned and visible wine region will take its show on the road to pour in Seattle and Portland.

The annual Walla Walla Valley tasting experience will be Feb. 8 at McCaw Hall in Seattle. It will be Feb. 29 in Portland’s Pure Space.

“This is a rare chance for wine lovers to sample wines from so many acclaimed Walla Walla Valley wineries under one roof,” said Duane Wollmuth, executive director of the Walla Walla Valley Wine Alliance. “It’s also a real opportunity for our winemakers to connect face to face with their customers from the west side of the mountains.”

More than 50 wineries will participate in each of the tastings, and there will be events for both members of the wine trade and consumers at both events.

The Seattle trade tasting is from 12:30 to 3 p.m. and is open to wholesalers, retailers and media. The public event, which costs $50 to attend, will run from 5:30 to 8 p.m. Light appetizers will be served at both events.

The Portland event follows the same schedule, and tickets are $60.

SeVein is a 2,700-acre vineyard development in the southern Walla Walla Valley near Milton-Freewater, Ore. (Photo courtesy of SeVein)

This makes the Rocks District Oregon’s 18th AVA. It also has drawn more interest in that part of the state from the rest of Oregon. Traditionally, the Oregon wine industry has focused on the Willamette Valley, located in northwestern Oregon. This is where the vast majority of the vineyards and wineries are located.

But thanks to the establishment of new regions in Oregon, particularly the Umpqua, Rogue and Applegate valleys to the south of the Willamette Valley, the Columbia Gorge to the east of Portland and now the Rocks District of Milton-Freewater in northeastern Oregon, the state’s definition of wine country has broadened.

In addition, an area south of the Rocks District called SeVein also has drawn more interest in the past year. SeVein is on a north-facing slope and is home to one of the Walla Walla Valley’s most famous vineyards: Seven Hills. Last year, Willamette Valley Vineyards announced it had purchased more than 40 acres of land in SeVein – with an option to buy another 45 acres. The winery, which is south of Salem, plans to plant a vineyard there and launch a winery called Pambrun in the Walla Walla Valley.

Pambrun is named after Pierre-Chrysologue Pambrun, a French-Canadian explorer who worked for the Hudson Bay Co. in the early 1800s in Walla Walla. He was an ancestor of Jim Bernau, founder and CEO of Willamette Valley Vineyards.

Bernau said it’s time for the Oregon wine industry to take a stronger interest in the southern Walla Walla Valley.

“It has taken time for us to recognize this part of Oregon,” he told Great Northwest Wine. “There’s been a very quiet but studied approach to what’s happening there. There’s a lot of cross-fertilization going on right now. There could be some very interesting collaborations that will eventually become public. Not only is the Willamette Valley looking at the Walla Walla Valley, but Washington winemakers also are stomping around our hillsides.”