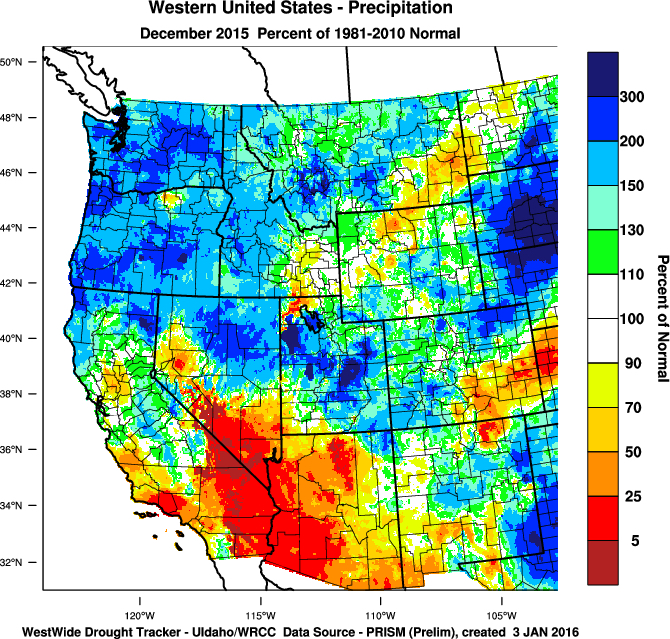 Greg Jones, a Southern Oregon University professor and one of the wine world’s leading figures on climate change, issued on Thursday the first in his year-long series of reports for the Pacific Northwest wine industry.

“Finally a winter,” Jones wrote. “(There’s) relief from the drought, but too much, too quickly for some.”

Next month, Jones will make presentations at both the Oregon Wine Symposium and the Idaho Wine Commission’s annual meeting. This week’s news release provided a preview of those talks.

“The rest of the U.S. was mixed with a dry December into much of the Great Basin and scattered across the Rockies, while much of the Midwest and Southeast were substantially wetter than normal,” he continued. “Again, so far this El Niño is not behaving like other recent large events.”

Snowpack in some regions unlikely to fully recharge 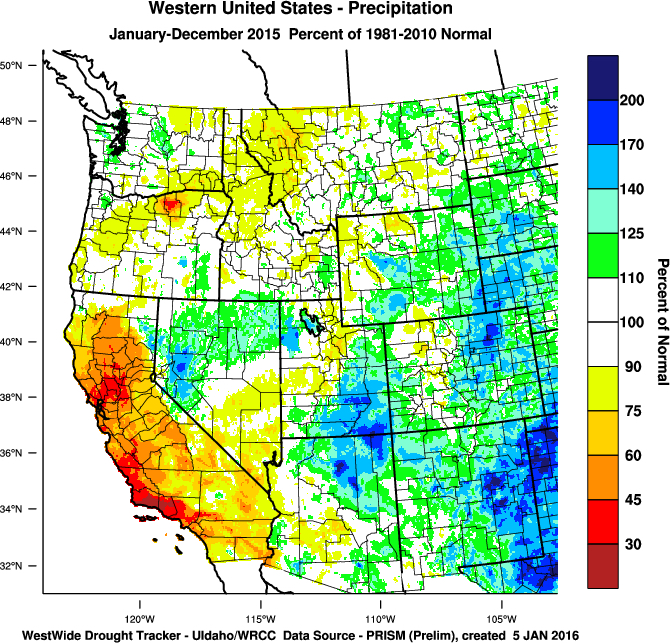 And while California irrigators appreciate the snowfall, Jones points out it will take more than a month or two of precipitation for those reservoirs to fully recharge.

“Also, snowpacks over the western U.S. are in much better shape than they were at this time last year. But we still have a long way to go to get to the average for the water year,” Jones wrote.

Jones said this atypical El Niño pattern in the Pacific Northwest has resulted in “much greater precipitation than would be expected, while it has been colder than normal. While in Northern California, precipitation in the winter is trailing the amounts during the start of the previous largest appearances of El Niños (1997 and 1982).”

The University of Virginia grad pointed out many portions of the East Coast were warmer than normal on Christmas Day, noting “the eastern U.S. experienced one of its warmest Decembers on record … quite a difference from the previous December with feet of snow on the ground.”

2015 on track as planet’s warmest in modern times 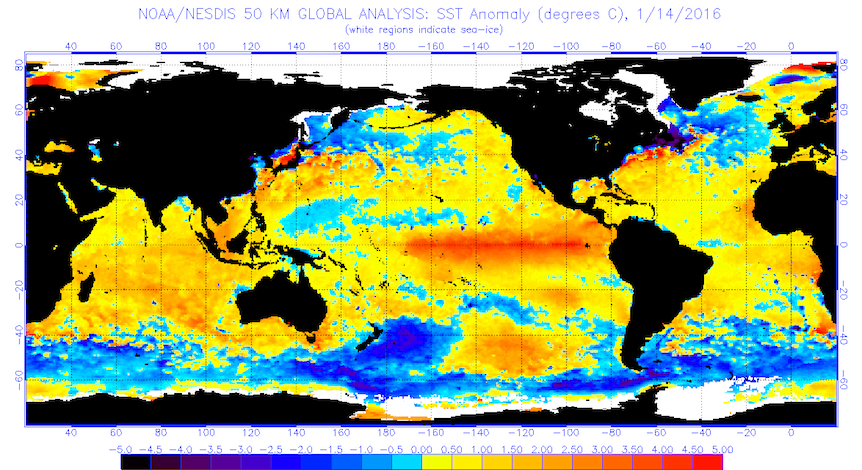 On the other hand, December capped a year that was warmer than normal throughout the West Coast.

“Average temperatures ended up 1.0-4.0°F or more above the 1981-2010 climate normal, especially in the PNW where up to 6°F above normal was seen in some areas,” Jones wrote. “This pattern continues across the entire U.S., but with temperature differences from the Plains to the Midwest, Southeast and Eastern U.S. not as much as we saw in the West, running 1.0-2.0°F.

“Again, globally 2015 is on track to be the warmest year since good records have been keep (beating the record set last year),” Jones added.

That also influences the precipitation amounts.

“The U.S. Drought Monitor in early January reflects the 2015 rainfall pattern with continued dry conditions in much of the West, and a return to normal conditions in the PNW and much of the rest of the U.S.” Jones wrote.

And while the El Niño advisory continues, the Climate Prediction Center reports this strong El Niño will weaken and become El Niño Southern Oscillation-neutral during the late spring or early summer.

“The forecasters from many governments in the Pacific are in agreement with the general model consensus, though the exact timing of the transition is difficult to predict,” Jones wrote. “However, El Niño effects throughout the region are expected to continue as there is a lag time from when the ocean temperatures shift to when the atmosphere responds.” 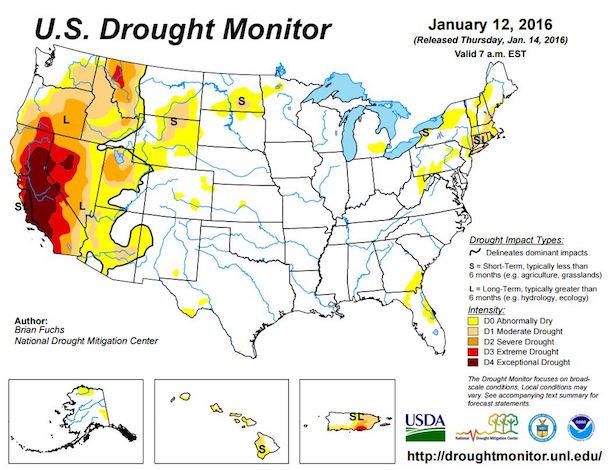 8-14 days: Does not deviate much from the 6-10 day forecast with the overall pattern dominated by a greater chance of warm/wet in the west and cool/dry in the east. Circulation over the North Pacific is likely to continue favoring frequent storms tracking into the western U.S.

30 days: Forecast through the rest of January is holding to a more classic El Niño pattern with a likelihood of warm and relatively dry conditions from the PNW east across the northern tier of states and wet/warm in Southern California then wet/cold across the southern states.

90 days: Even with some slight departures over the first half of the winter from the expected El Niño patterns, the January-February-March (JFM) forecast continues to be dominated by more classic El Niño patterns in expected temperatures and precipitation. The JFM forecast exhibits a greater chance of broader warmer-than-average conditions in the western U.S. and across the northern states. For precipitation, the JFM outlook tilts the odds to near normal to below median precipitation in the PNW and across the northern Rockies and into the Great Lakes.