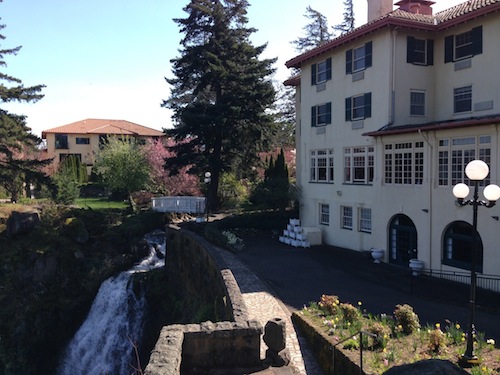 HOOD RIVER, Ore. — The largest judging of Pacific Northwest wine, staged at one of the West Coast’s oldest hotels, has a new name: the Cascadia Wine Competition.

Great Northwest Wine will assemble more than 20 wine professionals from Washington, Oregon, Idaho and British Columbia at the Columbia Gorge Hotel to seek out and put the spotlight on the region’s top bottlings.

This winter’s Cascadia Wine Competition will be staged March 15-17. The judging will be expanded by a day in anticipation of surpassing last year’s record-setting 1,204 entries, which represented more than 250 Pacific Northwest wineries.

All wines are tasted blind by category, and the judging panel is made up of 10 men and 10 women winemakers, sommeliers, journalists, retailers and marketers. Ken Robertson, longtime columnist for Wine Press Northwest magazine, will serve as chief judge. 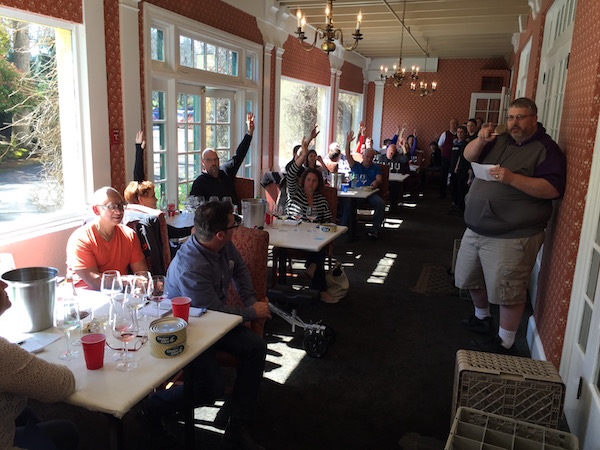 The Cascadia Wine Competition will continue the organizers’ tradition of contacting wineries via email immediately after a wine has won a gold medal and announcing the news on Twitter. Gold medal winners are automatically eligible for Wine Press Northwest’s year-end Platinum Judging.

Last year’s best of show was the Vino La Monarcha 2014 Pinot Noir Rosé from Ancient Lakes of Columbia Valley. The dry rosé represents one of several wines within Palencia Wine Co., in Walla Walla, Wash., and is made by Victor Palencia. A winery from Walla Walla has earned the competition’s top award in each of its three years.

Degerman and Perdue — owners, editors and writers of Great Northwest Wine — have more than 35 years of combined experience writing about the wines, vineyards and chefs of Washington, Oregon, British Columbia and Idaho. They founded Wine Press Northwest magazine in 1997 for the Tri-City (Wash.) Herald and edited the quarterly magazine through 2012. They also published a weekly e-mail newsletter called the Pacific Northwest Wine of the Week.

In 2010, they launched a weekly wine column called Northwest Wine that is syndicated in 22 newspapers and has a print and online audience of more than 5 million potential readers.