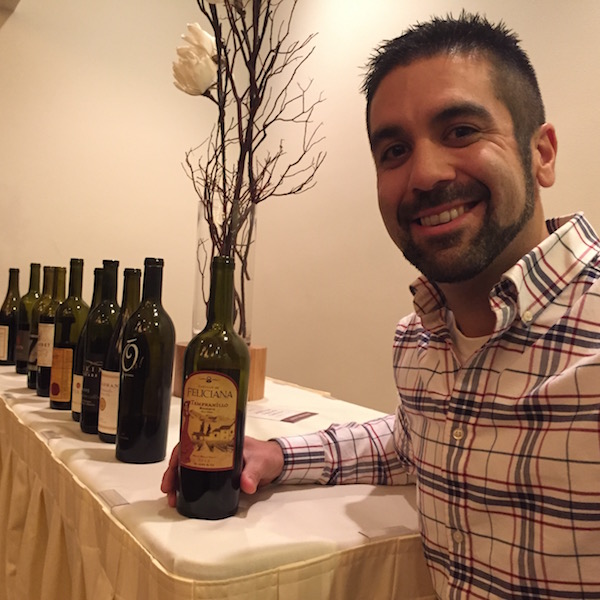 ASHLAND, Ore. — Chris Castillo made sure the Walla Walla Valley was represented at the inaugural Oregon Tempranillo Celebration.

The winemaker of Castillo de Felicana Vineyard and Winery traveled the farthest to reach Ashland near the California border, but he and his parents felt at home as members of the new Oregon Tempranillo Alliance.

“We really wanted to be a part of this because there’s the opportunity in Oregon to showcase high-end domestic Tempranillo,” Castillo told Great Northwest Wine.

Friday’s conference was the brainchild of Earl Jones, founding winemaker of Abacela in Oregon’s Umpqua Valley, who planted the state’s first commercial Tempranillo vineyard in 1995.

“This came together beautifully, thanks to all of the Tempranillo producers,” said Jones, who noted the grape now has a $9 million presence in Oregon. “It’s remarkable growth in such a short period of time.”

Les Martin, co-owner of Red Lily Vineyards in Jacksonville, said, “Obviously, we are always grateful to Earl. He’s probably tired of me calling him ‘The Godfather of Tempranillo,’ but he really is. He started it all here. We’ve piggybacked on what he started, and now some people are piggybacking off of us.”

Jones recruited Martin, Scott Steingraber of Kriselle Cellars and Eric Weisinger of Weisinger Family Winery in January 2015 to help develop and coordinate the program for the alliance’s Oregon Tempranillo Celebration.

“We were super happy with the way things turned out,” Martin said. “We now have 42 members starting from scratch, and that’s out of 57 Tempranillo producers in the state, so we’ve gotten the majority of the wineries to sign on with us. And we had 30 of those wineries sign up and participate for the Celebration.” 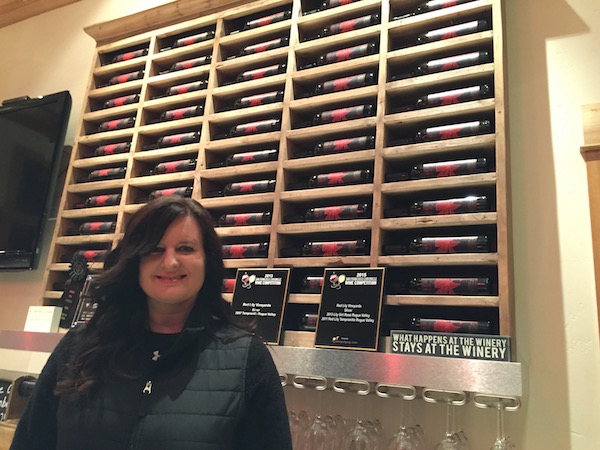 The single-day conference included a series of blind Tempranillo tastings to study the influence of soil types and aging as well as analyze wines made in several American Viticultural Areas throughout Oregon — including the Walla Walla Valley.

“The focus was Southern Oregon rather than the Willamette Valley, and as Milton-Freewater we were a bit of an outside example,” Castillo said. “From a wine standpoint, I thought the Southern Oregon wines were expressive and more fruit-driven and balanced than we what have to work with in the Walla Walla Valley at this point.”

Earlier this month, Martin’s winemaking wife, Rachael, earned a double gold for her Red Lily 2012 Tempranillo at the 2016 San Francisco Chronicle Wine Competition. That wine was among those inserted into one of the tasting seminars, which featured brief informal presentations by those who made the individual wines. There also were a number of Tempranillo bottles poured by wineries in the North Willamette Valley — Pinot Noir country.

“We want to come back, and when we come back we hope there will be more producers,” Castillo said. “We can get Tempranillo the spotlight it deserves and get consumers to try more than their standard Pinot Noirs, Cabs and Syrahs. Try some of these other varietals that deserve the attention — like today. All the wines we tasted were phenomenal.”

A year ago, one of the Northwest’s more fascinating examples of Tempranillo was produced by Walla Walla Community College. It released the 2014 Estate Tempranillo within months of production and earned the equivalent of a gold medal in a Wine Press Northwest magazine peer-judging. It matched the traditional young, low-oak joven style wines of Spain.

“The people who come into our tasting room are looking for varieties other than Cabernet, Syrah and Merlot, and wineries are telling them to go see us on the other side of the stateline — this family that is growing Tempranillo and Albariño,” Castillo said. “We get a lot of recommendations from other wineries because of that. We’re glad to be doing something different because it helps, and I’m trying to be the best winemaker I can.”

Castillo, a 2012 graduate of WWCC’s College Cellars, said he’s enjoyed that 2014 joven-style Temp from his alma mater and has held onto one bottle of it. However, he expects a much different style to emerge from his family’s 1 acre planting in The Rocks District of Milton-Freewater, a 10-minute drive from the winery.

“We’re looking at producing a single-vineyard Rocks District Tempranillo that will be out next winter,” Castillo said. “I was telling my dad that we need to capitalize on The Rocks District. It’s Tempranillo. It’s Oregon, and we can use The Rocks on our label. It really has a unique flavor because of the soil.” 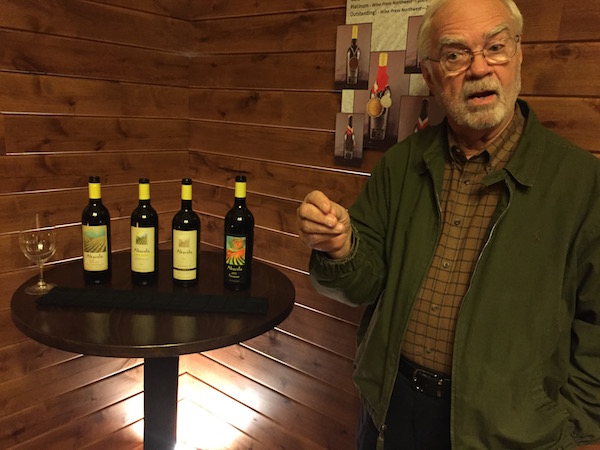 The Castillo family also has a 2-acre parcel Tom Waliser manages for it near their stateline winery — “It’s the first to break bud in the spring,” Castillo said. It also produces a vineyard-designate Tempranillo from famed Rosebud Vineyard on the warm Wahluke Slope. All combined, Castillo de Feliciana makes about 2,000 cases of Tempranillo, accounting for 40 percent of its 5,000-case production.

“As Tempranillo producers, there are challenges in getting our wines in a sizable production on the market beyond our tasting room and wine club,” Castillo said. “You have the Spanish imports at the lower prices.”

“Where he sells that wine is different from where we sell our wines,” Castillo said. “We have our challenges because people want Tempranillo, but they want it as such a low price. That’s how it is.”

In 2017, expect the Oregon Tempranillo Celebration to move near Portland and include a consumer tasting. There seems to be little room to grow at conference center of the Ashland Hills Hotel & Suites, as the venue was maxed out at 75 people.

“I think that’s the next logical step,” Martin said. “Everybody loved the conference, and there’s certainly a lot of enthusiasm about where the future might lead us.

“I think the big takeaway for us after talking to the winery people is that there’s a great opportunity here for Oregon to be identified with Tempranillo — to quote, ‘Own it’ to some extent — because arguably we can produce Tempranillo here better than anywhere else in the United States.”

Weather data proprietary in much of Europe 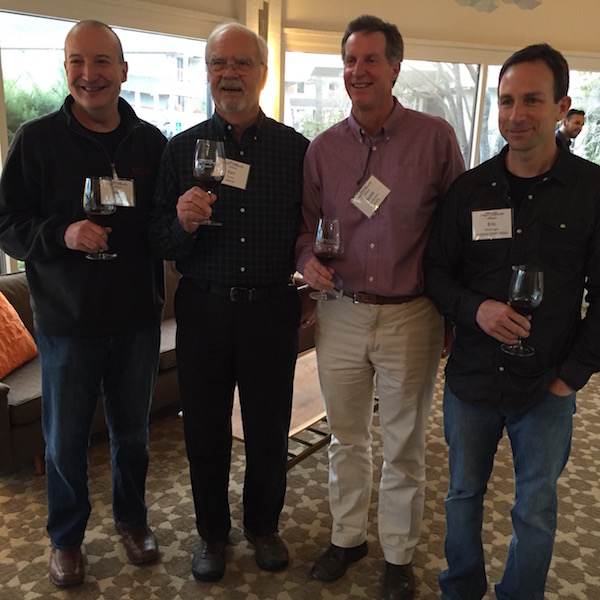 Greg Jones, a Southern Oregon University professor and arguably the international wine community’s leading expert on climate research, pointed out stark ways in which weather data is handled throughout Europe vs. the United States.

“I often tell people it took me four years to do my dissertation, and three of those were all about getting the data,” said Jones, who helped his father at Abacela. “Weather and climate data is a valued resource for Europe — and they sell it for large sums of money. The data you get immediately when you touch the button on the National Weather Service site or another site, that is free to you — we pay for it through taxes, of course. In Portugal, they have over 300 weather stations. They only make nine of them public. The rest of them are for sale.”

NOTES: Earl Jones pointed out the meaning behind the naming of Tempranillo in the Rioja. “Tempra means ‘timely’ or ‘early’, and nillo is a term of endearment,” he said. “These guys in an area where they couldn’t grow a lot of grapes were really pleased to have a grape that ripened within their time period.” … The grape accounts for 20 percent of Spain’s acreage, is grown in 80 percent of the country’s wine growing regions, and is known by more than 60 synonyms. “And the longer the growing season, the poorer the quality of the wine,” Jones said. “Very interesting.” … There were multiple references at the conference to University of California-David professors Maynard Amerine and A. J. Winkler, who discouraged the planting of Tempranillo in California. “Lest you think they were picking on Tempranillo,” Jones said. “They said the same thing about Pinot Noir, Cabernet Franc and several other grapes that needed a cooler climate.” … The first commercial vintage of Tempranillo at Abacela was 1997, which generated 243 cases of wine from 4 acres of vines. “I didn’t know how to make wine,” Jones said. “This wine won gold medals, and I think the point was that the climate made the wine. We just harvested what we planted.”