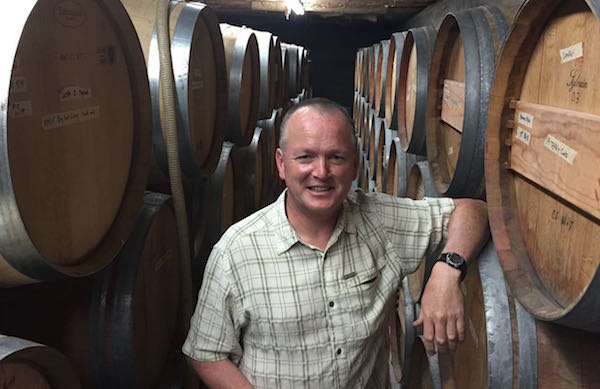 OLYMPIA, Wash. — A bill is in play to trim the excise taxes for Washington’s small wineries.

Rep. Cary Condotta , R-East Wenatchee, introduced a bill to remove two of the state’s three wine-specific taxes on the first 20,000 gallons of wine sold by a Washington state winery. But that bill drew a U.S. Constitution-related challenge Tuesday from the California wine industry.

Three small winery owners and Josh McDonald of the Washington Wine Institute, representing 150 state wineries, testified in favor of the bill at Tuesday’s hearing of the House Commerce & Gaming Committee.  A committee vote on the bill has not been set.

“The taxes are too high, and it’s difficult to get the products to the customers. … For $2 million (in lost state revenue), you should be able to help 800 small wineries in the state,” said Paul Beveridge of Wilridge Winery in Seattle and Yakima, which produces about 13,000 cases a year.

“Any kind of relief is a good thing,” said Perry Preston, of Stina’s Cellars in Lakewood, which produces about 1,000 cases annually. The resulting proposed tax break would equal about one month’s rent for his facility, he said.

John Bell of Willis Hall Wines of Marysville, which produces about 200 cases annually, said the tax break would translate to enough money to buy a year’s worth of bottles.

“There are no economies of scales,” he said. “Therefore, we have higher bottle costs.”

McDonald said Washington’s wineries have sold about $1.5 billion worth of wine from 2009 to 2014, with almost $62 million paid in mostly business-oriented taxes rather than wine-specific taxes.

However, Katie Jacoy representing the San Francisco-based Wine Institute – representing at least 800 California wineries – said the proposed bill would violate the interstate commerce clause of the U.S. Constitution because it would tax out-of-state wines at a higher rate than the same type of in-state wines.

Preston and Bell said she had a good point and added they would not object to the same tax breaks given to small out-of-state wineries.