Irvine now is the owner and winemaker of Vashon Winery west of Seattle and works closely with Puget Sound grape growers. Recently, he came to Prosser to speak at an event at the Walter Clore Wine & Culinary Center. Afterward, we sat down to chat with him about his career and the process of writing The Wine Project. Here’s the interview.

Irvine grew up in Seattle, and after graduating from Roosevelt High School, he headed to the University of Washington. After a couple of years of studies, he headed to Europe with a group of friends. The friends bought round-trip tickets, but Irvine’s was one way.

“I knew I wasn’t coming back for a while,” he said.

When he got to Amsterdam, he met a local girl, and she introduced him to the pleasures of wine, cheese and good bread.

“That was a complete meal to her, and I began to appreciate that,” he said.

After more than a year working his way across Europe and Asia, Irvine was teaching English in Bangkok when he decided it was time to return home to Seattle. It was 1971, and a move was afoot to save the Pike Place Market from being torn down. Irvine was just 21, but he understood the importance of the market, so he jumped into the effort to save it. In November 1971, Seattle voters approved a measure to save and restore the market, and today it is one of the most-visited areas in the city.

During the process of saving the market, Irvine met Jack Bagdade, and the two of them decided to open a wine shop in the market. In 1975, they launched Pike & Western Wine Shop.

“We were at the very cutting edge, and we knew it,” Irvine said. “At the time, there were only three wineries in Washington. In Oregon, there were four. We decided early on that we were going to feature Northwest wines, and we did. Our whole philosophy was that we were in the Pike Place Market and people would shop the market then come by and buy a bottle of wine.”

By 1991, Irvine had bigger plans, so he sold his portion of Pike & Western to Michael Teer, who continues to own and operate the wine shop today. Irvine’s wife wanted to take a vacation to Hawaii, but he wanted to go to Prosser.

“That was the year I called Walter Clore and said, ‘I’d like to interview you.’ My wife thought I was crazy,” he said.

Clore, known as “the father of Washington wine.” had arrived in Prosser in 1937 at what now is Washington State University’s Irrigated Agriculture Research & Extension Center. While there, he became enamored with wine grapes and began his research. In 1991, Clore was long retired from WSU and approaching 80, and Irvine decided it was time for his story to be told.

During a conversation after their interview, Clore proposed to Irvine that they write a book.

“That started a relationship where we would go visit the vineyards and wineries,” Irvine said. “It took us six years to do the research.”

“I think it did justice to him,” Irvine said of Clore.

One of the most important stories Irvine told that might otherwise have been lost to history was about William Bridgman, a Canadian ex-pat who lived in the Yakima Valley city of Sunnyside and began planting European wine grapes in 1914. After Prohibition was repealed in 1933, Bridgman launched Upland Winery, which operated into the 1960s. Today, Bridgman’s vineyards remain on Snipes Mountain and are farmed by the Newhouse family.

Though Irvine never met Bridgman before his death in the 1960s, he still managed to be an inspiration.

“When I was writing the book, I really felt a presence,” Irvine said. “I didn’t know what that was, but later I started feeling that was Mr. Bridgman. I felt that I was telling his story also, and he had a story, and he was a remarkable man.”

Moving on to Vashon Winery 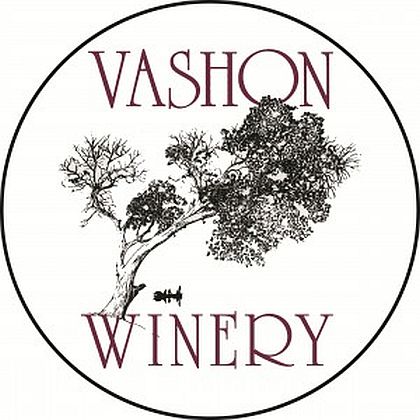 About a year into writing The Wine Project, Irvine began spending a lot of time at Vashon Winery, an operation that had begun in 1986 by Willy Gerrior and Karen Peterson.

“It was a wonderful way of writing a book, to immerse yourself into making wine while writing about wine,” Irvine said. “I really got so much done just sitting on a forklift, moving barrels of wine. That’s where I learned to make wine.”

After the book came out, Irvine bought Vashon Winery from Peterson and Gerrior.

“It just worked out really well,” he said.

Today, Irvine buys most of his grapes from the Columbia Valley, but he also uses fruit from the Puget Sound American Viticultural Area. He now works with five vineyards on Vashon Island and is a key player in the Puget Sound Wine Growers Association.

Though it’s been nearly 20 years since The Wine Project was published, Irvine’s book remains an important part of the Washington wine story. The Wine Project is used as a textbook at South Seattle Community College’s winemaking program. It is for sale at the Clore Center in Prosser as well as through Vashon Winery.