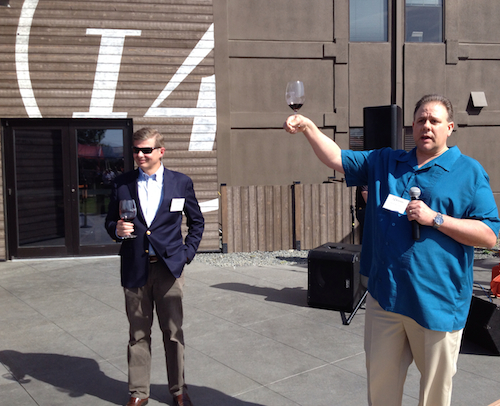 PROSSER, Wash. – A little more than a decade ago, 14 Hands Winery was but an idea. Today, it is Washington’s second-largest winery – and one of the fastest-growing brands in the United States.

The 2 million-case winery owned by Ste. Michelle Wine Estates took a step in a new direction this winter with the release of an ultrapremium red blend. The Vintage Series is a nontraditional red wine that retails for $60 and is made in tiny amounts – just the opposite of what 14 Hands has been built upon.

“It’s an absolute joy,” said Keith Kenison, head winemaker for 14 Hands. “These are the sorts of things that keep the Ste. Michelle winemakers happy, being able to craft something completely different, taking a different course of action and providing something that is different from all of our other wines.”

The 2013 Vintage Series is the inaugural release of the wine, which is a blend of Merlot (39 percent), Cabernet Franc (33 percent) and Syrah. While the 14 Hands reserve-tier wines are based on grapes from the warm Horse Heaven Hills, the Vintage Series also reaches into other areas of the state.

“We felt like we were missing an opportunity to reach out into areas such as Cold Creek and the Wahluke Slope,” Kenison said. “We have some really great fruit from areas other than the Horse Heaven Hills.”

Kenison said he wanted to take a different approach with the Vintage Series, crafting a wine that is less showy, more savory and more restrained in its approach.

“It’s more focused and not just plush,” he said.

While Kenison used a lot of fruit for the 81-case release from the Horse Heaven Hills, he also brought in grapes from Four Feathers, a notable vineyard near Ste. Michelle’s estate Cold Creek Vineyard.

Kenison, who also serves as the white winemaker for Columbia Crest, was able to use the winery’s reserve crush pad, which is an optical sorter that was installed in 2013.

“This was some of the first fruit that went through that system,” he said. “We’ve always ben able to make some great wines before that tool, but this removes some of the background noise, takes out some of the unwanted flavors and provides more purity in the wines. And that’s paying off.” 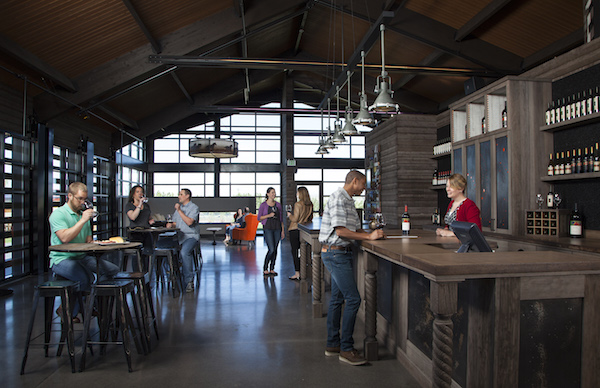 14 Hands Winery was launched in 2005 as a restaurant-only brand, and it included just three wines: Merlot, Cabernet Sauvignon and Chardonnay. It started out at about 85,000 cases. Even though consumers found it only in restaurants, interest in 14 Hands grew.

Ste. Michelle CEO Ted Baseler tells of being in a Seattle area retail shop one day and overhearing a conversation between a customer and a store employee, in which the customer asked for 14 Hands, and the employee was able to provide it – even though it supposedly was sold only in restaurants. He said that encounter helped confirm his decision to make 14 Hands bigger.

Through the years, more wines were added to the lineup, including the Hot to Trot red and white blends. Today, more than 25 wines are part of the 14 Hands lineup, including a Sauvignon Blanc that was added last summer and a sparkling wine that hit shelves last fall. A sparkling rosé is being considered for later this year.

In 2010, the 14 Hands team began working on a reserve program, and those highly acclaimed wines have now been in release for three years.

In 2013, Ste. Michelle announced that it was changing the Snoqualmie Winery tasting room in the Yakima Valley town of Prosser to 14 Hands and began a 12-month remodel and transition.

Today, the 14 Hands tasting room is busy, drawing about 15,000 visitors last year, which makes it one of the most popular wineries in the Yakima Valley. Production now approaches 2 million cases annually, making it the second-largest winery in Washington – after Chateau Ste. Michelle. As a result, the wines are distributed nationwide. 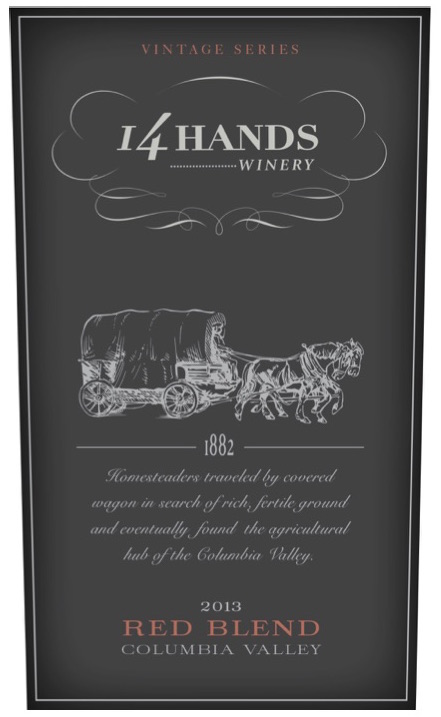 The large-production wines for 14 Hands typically retail for $15 or less, while the reserve tier sells for about $30. With the Vintage Series wine going for $60, that puts 14 Hands in the rare ultrapremium category. Within the Ste. Michelle family, this 14 Hands wine competes on price with top-shelf wines from Col Solare, Spring Valley, Northstar and Chateau Ste. Michelle.

“It’s something that’s a little unexpected,” Kenison said. “I was a little nervous to play at that level with Col Solare and Spring Valley. In Washington state, small producers can ask for higher prices. For our consumers at 14 Hands, it’s getting near the top.”

Kenison said this is not a wine that is meant to squeeze another dollar out of consumers. In fact, he said, the idea for it came from visitors to the winery.

“There have been a lot of demands at 14 Hands for different wines,” he said. “There were questions for higher-tier wines. Consumers were asking if our $30 reserve is the best we can offer. Can we dig a little deeper and make a wine that’s even better?”

The case production for the Vintage Series is too small to go to the 14 Hands wine club, so it is sold only at the tasting room or via the website.

In addition, the wine is available in three bottles that tell three different stories. One tells a history of the Prosser area, where the tasting room is. One shares how the Horse Heaven Hills region got its name. And one pays tribute to the agricultural families who settled the area.

“Same wine, three labels,” Kenison said. “Each year will tell different kinds of stories. This makes them collectible and provides a sense of place.”

The wines are sold separately or as a set of three, and Kenison said many customers have chosen to buy all three together.

“There’s a tie to the community and the homesteaders who built this area up,” he said. “It helps to have a story that helps consumers relate to the wine.”