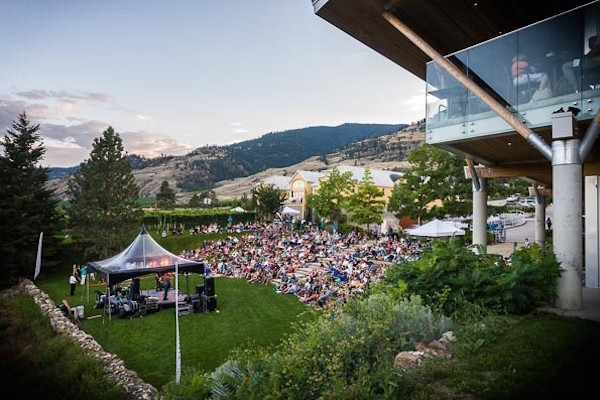 OLIVER, British Columbia – Tinhorn Creek Vineyards, one of the most visitor-friendly wineries in the Okanagan Valley, has announced the return of its Canadian Concert Series this summer.

The series features music from some of Canada’s top talent, all in the comfort of the winery’s amphitheater, which is next to the award-winning winery.

The concert series kicks off May 28 with the Pernell Reichert Band, which is a folk-country act. Tickets for this concert are $30.

On June 25, Freeflow will provide its unusual blend of soul, rock, funk and reggae. The Vancouver-based band is known for its energetic performances. Tickets for this concert are $35.

On July 23, singer Daniel Wesley of White Rock, B.C., will bring his alt-rock stylings to the Okanagan Valley. Tickets are $40.

On Aug. 27, Vancouver-based blues band The Harpoonist & the Axe Murderer will play Tinhorn. The duo is Shawn Hall and Matthew Rogers, who have been performing together for a decade. Tickets are $45.

The concert series concludes Sept. 10 with the post-punk band 54-40. The band consists of Neil Osborne, Brad Merritt, Matt Johnson and Dave Genn, who have been together since 1981 and have put out 16 albums together. Tickets are $75.

Patrons for any of these concerts will have the opportunity to enjoy award-winning wines from Tinhorn Creek Vineyards and barbecue-style food options from Miradoro Restaurant, which is Tinhorn Creek’s on-site restaurant.

Wine club members have the first opportunity to purchase tickets until March 1, when tickets are made available to the public. Season passes are available for $125.

All concerts begin at 7:30 p.m., with the gates opening at 7 p.m. Shuttle buses are available from Penticton and Osoyoos on concert nights for $20. 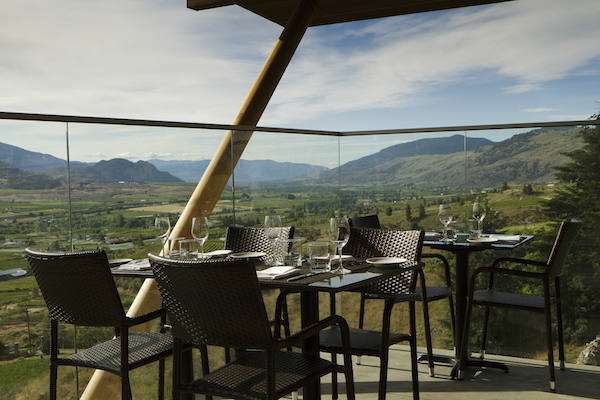 Miradoro is the on-site restaurant for Tinhorn Creek Vineyards near Oliver, British Columbia. It provides stunning views of the surrounding valley and uses locally sourced ingredients. (Photo courtesy of Miradoro)

Tinhorn Creek Vineyards was established in 1993 just south of Oliver, B.C., in what has been known as the Golden Mile Bench. It is headed by Sandra Oldfield, president and CEO, who is a California ex-pat who worked in Sonoma County before heading north with husband Ken Oldfield.

The winery has two vineyards: its estate Tinhorn Creek on the west side of the valley and its Diamondback Vineyard on the Black Sage Bench on the east side.

In 2011, Tinhorn Creek Vineyards partnered with Manuel Ferreira of Le Gavroche restaurant in Vancouver to open Miradoro, a restaurant at the winery that provides stunning panoramic views of the valley along with award-winning cuisine that focuses on locally sourced ingredients. The restaurant is open from March through December.