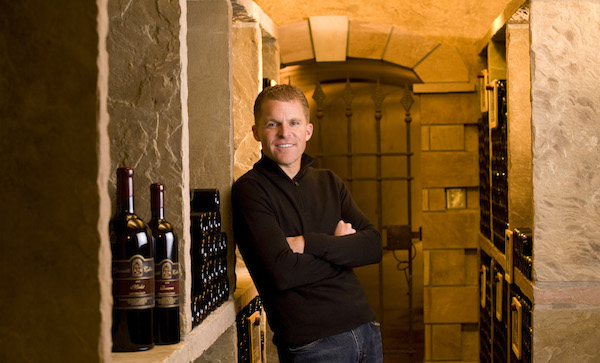 WALLA WALLA, Wash. – The siren song of Pinot Noir has captured another winemaker’s soul. This time, it’s the most successful winemaking family in the Walla Walla Valley, perhaps the Northwest.

“I’m excited about it,” Figgins told Great Northwest Wine. “We’ve been looking for land for a long time, and we finally found some that matched what we want to do.”

Figgins’ parents, Gary and Nancy, started Leonetti Cellar in 1977 in Walla Walla. It was the first winery to open in the region in the modern era of the Washington wine industry and almost instantly became a huge hit. Leonetti’s first Cabernet Sauvignon – from the 1978 vintage – was named the No. 1 wine in the United States by one wine publication, and that launched a craze that ultimately ended up with Leonetti gaining cult status in Washington and beyond.

Today, Leonetti is open one weekend per year – the first weekend of May – and only to those on “the list.” Leonetti’s success spurred the rest of the Walla Walla Valley wine industry, which now numbers more than 100 wineries. Leonetti Weekend, as it’s called, is the single largest wine retail weekend in the valley each year – and perhaps in the state – as wine lovers descend on the valley to taste and purchase new wines.

In 2001, Chris Figgins took over as winemaker for Leonetti. A decade later, he became president and director of winemaking. He has gone on to launch Figgins, a single-vineyard focus that results in a red blend and Riesling. He also started Lostine Cattle Co., a beef company.

The label for Chris Figgins’ Toil Oregon portrays his great uncle William Leonetti as he plants the original Leonetti Vineyard in 1976. (Courtesy of Toil Oregon)

Figgins’ next project was Toil Oregon, a foray that extends well beyond the family’s native Walla Walla Valley.

“It came out of my love for Oregon Pinot Noir,” Figgins said. “I’ve been admiring their wines for a long time, and I love that area.”

Figgins said he was inspired to begin exploring Oregon Pinot Noir when Seven Hills Vineyard (of which the Figgins family is a partner) began selling grapes to such wineries as King Estate and Domaine Serene.

“If we can send fruit that way, why can’t we bring some this way?” he said with a chuckle.

So in 2011, Figgins bought a little Pinot Noir from Oregon and made a noncommercial wine. It was good, and it tugged at his heart.

“It is that siren song that draws a lot of winemakers,” Figgins said of Pinot Noir. “It is so different than virtually any other variety. It’s challenging, a difficult grape to grow well and make well. I loved the challenge of it.”

So in 2012, Figgins created Toil Oregon and crafted 235 cases of his first commercial vintage of Oregon Pinot Noir using grapes from Ribbon Ridge and the Eola-Amity Hills in the northern Willamette Valley.

He followed with 2013, but that was a challenging vintage in Oregon, thanks to extreme heat and the tail of a Pacific cyclone that brought immense rainfall to western Oregon during harvest. The wine didn’t meet with Figgins’ exacting standards, so he never released it.

His 2014 Pinot Noir will be released in the next couple of weeks. It uses grapes from Ribbon Ridge, the smallest American Viticultural Area in the Pacific Northwest. 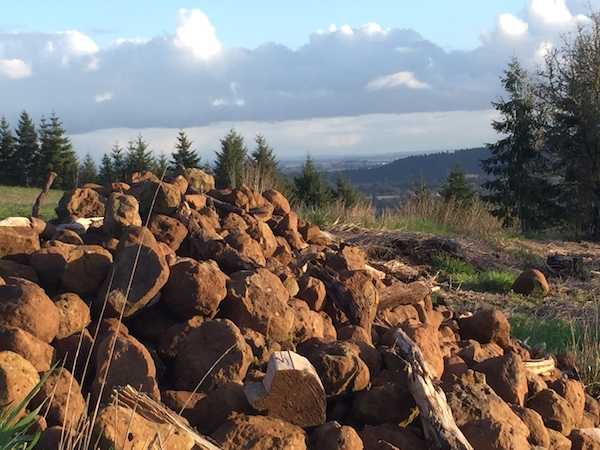 Figgins is so pleased with Toil Oregon that he decided to search for land and turn it into an estate project. His father, Gary, is all in.

“Dad’s my partner in this project,” he said. “He’s about as excited as I’ve seen him in a number of years. It’s fun to work with him on this.”

With the Figgins clan, it’s always about family. It always has been.

On the Toil Oregon label is a line drawing of a man digging with a shovel. That’s Figgins’ great uncle William Leonetti helping to plant the original Leonetti vineyard in 1976.

While the Figgins family is the most famous in Washington winemaking, that doesn’t always mean much elsewhere, and Chris Figgins can appreciate that he needs to be sensitive to the Willamette Valley establishment. Happily, he has been greeted with open arms.

“It’s been overwhelmingly positive,” he said. “My goal is not to go in and say, ‘Well, Leonetti is here now, and we’re going to do things better.’ My goal is to be respected amongst my peers. I have deep respect for what they’re doing. I’m learning from them.”

The Chehalem Mountains AVA is unusual in the northern Willamette Valley because it has three distinctly different soil types: jory, sedimentary and loess. The land Figgins bought is jory, similar to the red soil that makes the Dundee Hills famous.

“It’s completely different than what I’ve grown up with,” Figgins said. “It’s remarkable.”

He figures he can plant between 22 and 25 acres of Pinot Noir on the property, and he’s wasting little time. His goal is plant about 5 acres per year for the next five years. Figgins has been tasting a lot of examples of Pinot Noir clones and is beginning to prefer Pommard, Wadenswil and Dijon clone 115 for this site.

“The plants are ordered, and we’re going to start to plant this year.”

One issue is distance: While the drive is pretty much a straight shot from Eastern Washington to the Willamette Valley, it takes several hours. However, Figgins is months away from getting his pilot’s license, which will make the commute easier. He’s also hired a company to handle the planting and daily farming.

Timing for expanding Toil Oregon couldn’t be much better, Figgins said. He recently completed the 2013 vintage of Doubleback, a wine he’s made for his friend Drew Bledsoe for several years. Bledsoe now has a fulltime winemaker and facility, so that frees up space in Figgins’ cellar to make Pinot Noir.

In the long view, Figgins envisions producing an estate wine for Toil Oregon, as well as single-vineyard and AVA-specific wines.