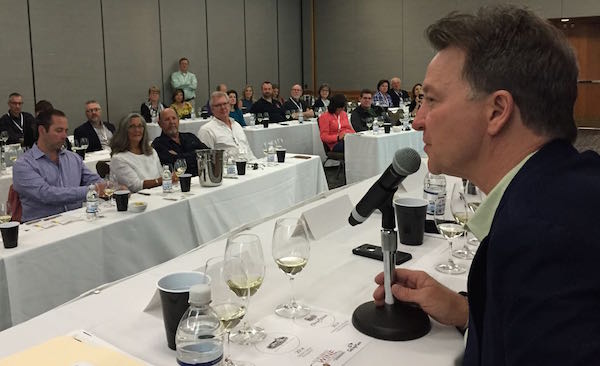 DUNDEE, Ore. – Even after 30 years of making wine, Joe Dobbes is still in awe over the nuances of Pinot Noir.

Dobbes demonstrated the fascinating differences between the four during the inaugural Northwest Wine Encounter at Semiahmoo Resort near Blaine, Wash.

During a break at the event, we sat down with Dobbes to talk about his lengthy and fascinating career in the Oregon wine industry. Here’s the interview: 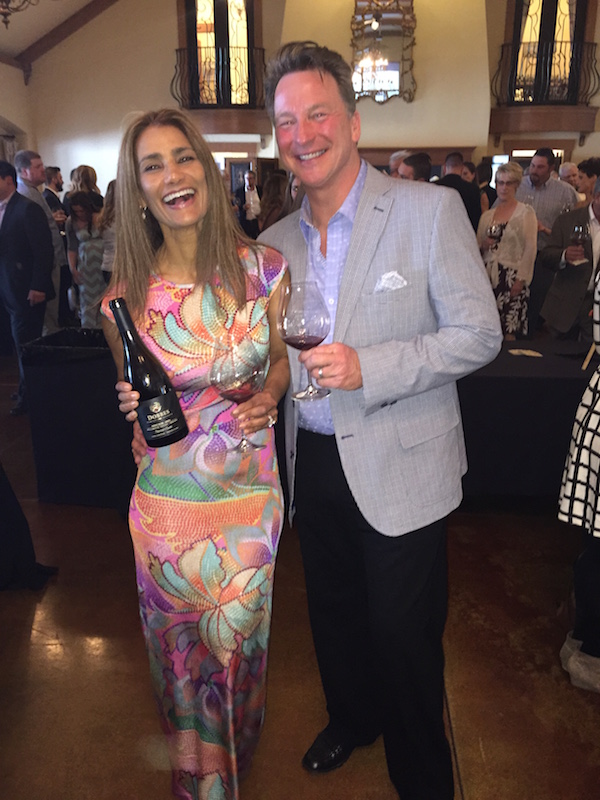 Patricia and Joe Dobbes participate in Uncorked! A Wine Auction on May 16, 2015, at Zenith Vineyards in Salem, Ore. (Photo courtesy of Dobbes Family Estate)

While attending Southern Oregon University, Dobbes was on a path toward medicine. But Oregon was having early international success in the wine industry, and that fascinated Dobbes as he graduated with a biology degree.

He decided to travel through Europe and landed an apprenticeship at Weingut Erbhof Tesch in West Germany in 1985, where he spent his time immersed in learning about wine.

“It was a great first winemaking experience,” he told Great Northwest Wine. “I worked in the vineyard and did everything in the winery.”

But there wasn’t a lot of Pinot Noir around, except some Spätburgunder that became a rosé.

So Dobbes headed home to Oregon, where he spent two seasons as a cellarmaster at Elk Cove Vineyards in Gaston, one of the state’s oldest and most respected producers. In 1987, Dobbes attended the inaugural International Pinot Noir Celebration and met Christophe Roumier of Burgundy, who suggested he come to France to work at Domaine G. Roumier.

“I sold my car, and I got a deferral on my student loans because I knew I couldn’t pass this one up,” he said. “I lived and worked with Christophe for about eight months (during the 1988 vintage).”

As important as the experience was, Dobbes also soaked up French culture. He ate at as many Michelin-starred restaurants as he could afford and talked his way into the cellars of several A-list Burgundy producers

“It was an invaluable experience,” he said. “It set me up for my first winemaking job in 1989.” 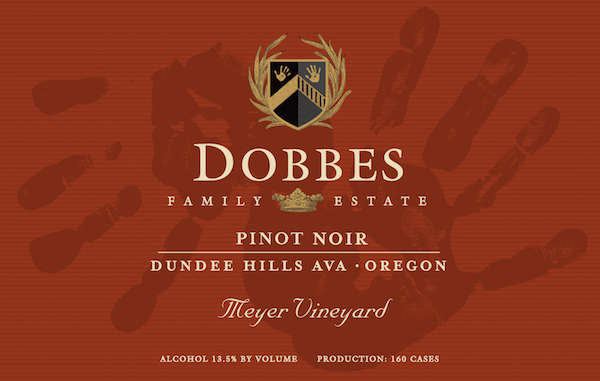 By 2002, Dobbes set his sights on creating his own company.

“I decided it was time for me to do my own gig,” he said. “I had never really planned on doing that, but life led me there.”

Today, Dobbes Family Estate is one of Oregon’s larger operations, and he oversees a team of 20 employees and owns 214 acres of vines.

Early in his career, Dobbes was one of the first Willamette Valley winemakers to recognize Southern Oregon’s quality grapes. Now it’s pretty normal for Pinot Noir producers to bring in Syrah or Cab from the Rogue and Umpqua Valleys, but back in 1992, Dobbes was a pioneer in that respect.

“I always want to push the envelope and strive for something different,” he said.

In December 1992, he was at Hinman Vineyard when Don and Traute Moore walked into his cellar. They had planted Quail Run Vineyards in 1989 in the Rogue Valley. Today, they own 14 vineyards in Southern Oregon and are among the most famous grape growers in the state. In 1993, Dobbes began buying Syrah and Pinot Gris from them.

“We don’t grow Syrah in the Willamette Valley, so that gave me an opportunity to branch out,” he said. “I think that prior to that, the only Willamette Valley winery purchasing fruit from Southern Oregon was David Adelsheim.”

In addition to Dobbes Family Estate, Dobbes also owns two other labels: Wine by Joe and Jovino. Wine by Joe was created in 2002 when Dobbes had a bit of Rogue Valley Pinot Noir left at the end of harvest, so he decided to create a whimsical wine that was affordable and under screwcap.

“At the time, high-quality Pinot Noir at less than $20 was a serious oxymoron,” he said. “I’m as much of a marketer and entrepreneur as I am a winemaker – that scares the hell out of my staff sometimes.”

He thought about phrases such as “Cup of Joe” and “G.I. Joe” and decided on “Wine by Joe.”

“People find it intriguing,” he said. “It’s serious wine without attitude. It overdelivers on quality.”

His Jovino label can be found in restaurants, where it is a popular by-the-glass selection. 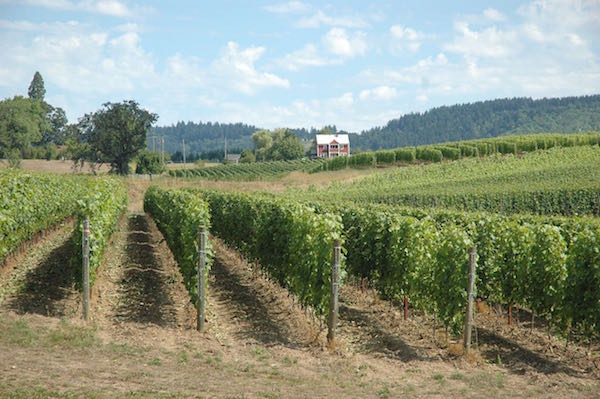 Pinot Noir from one vineyard in Oregon wine country can taste completely different than Pinot Noir grown on a nearby hill in a different AVA. (Photo by Andy Perdue/Great Northwest Wine)

One of the reasons that Pinot Noir has such a siren’s song for winemakers is its transparency. The wine’s delicacy allows its growing conditions to shine through in the glass.

“If you’re familiar with the model of Burgundy, you have a Premier cru and a Grand cru that are 30 feet apart,” Dobbes said. “The wines can be incredibly different – even when made by the same winemaker.”

In Oregon, this level of differentiation is found in the six small AVAs in the northern Willamette Valley. They are: Chehalem Mountains, Ribbon Ridge, Yamhill-Carlton, Dundee Hills, Eola-Amity Hills and McMinnville.

Of the 10 or so Pinot Noirs he makes annually, Dobbes produces four vineyard-designated wines from four of those AVAs. As he demonstrated at the Northwest Wine Encounter, four wines from four adjacent regions made with the same grape – Pinot Noir – can be vastly different.

“Initially, I was a little skeptical (of the separate small AVAs),” Dobbes said. “Is there much difference? But there really is.”

He pointed out that the steepness of a slope, the soil type, the depth of the soil and location can make all the difference. A 15-minute drive can sometimes mean a difference of 7 inches of annual rainfall.

One of the most distinctive features of the northern Willamette Valley is the Van Duzer Corridor, a gap in the Coast Range that allows cool air off the Pacific Ocean to blow directly into the vineyards of the Eola-Amity Hills near Salem. In fact, one of the proposed AVAs in Oregon would be in the Van Duzer Corridor – an idea that Dobbes supports because he has a vineyard in the area.

Dobbes pointed out that a Pinot Noir from the Dundee Hills will often be completely different than one from McMinnville. While the Dundee wine will have higher acidity and high-toned red and blue fruit notes, the McMinnville example will be firmer, darker and more muscular.

“They’re both very distinctive,” he said. “It’s really fascinating. It’s fun to make so many different styles of wine from the same grape.”