King Estate hopes to earn Demeter certification for its 465 acres of vineyard, a recognition that would make it the largest such vineyard in the U.S. and among the biggest in the world. (Photo courtesy of King Estate)

EUGENE, Ore. – King Estate, a longtime leader in the Pacific Northwest for organic and sustainable farming of its wine grapes and ingredients served on the table of its on-premise restaurant, now wants to be home to the largest biodynamic vineyard in the United States.

On Thursday, CEO Ed King III announced that the winery he co-founded with his father in 1991 is officially in conversion to earn Demeter’s biodynamic certification. The designation is expected to be awarded before the end of 2016, which would make King Estate’s 465 acres of wine grapes the largest biodynamic certified vineyard in the country and among the biggest in the world.

“It’s important to our family that King Estate Winery lives its philosophy of respecting our land,” King stated in a news release. “From 10,000 B.C. to 1945 A.D., all agriculture was organic. Our obligation is to future generations.”

Oregon Tilth certified King Estate as organic in 2002, and there are now 16 biodynamic vineyards in the state, accounting for 20 percent of the nation’s acreage. The smallest site is 10 acres, and the total acreage of biodynamic vines in Oregon will increase by more than 50 percent should King Estate earn Demeter’s approval.

This year, the family-owned King Estate is celebrating its 25th anniversary – a continuing tribute to the innovative Ed King, Jr., who died in 2012. Earlier this year, the winery successfully petitioned the federal government to modify and enlarge the boundary of the Willamette Valley American Viticultural Area to include King Estate.

Demeter certification a natural next step 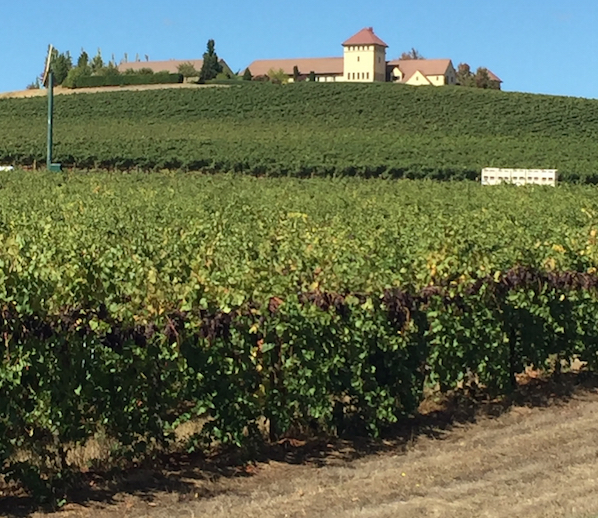 King Estate’s entire site spans 1,033 acres, and the state of “in conversion” means the grower is following biodynamic practices, submitted a successful application, passed an inspection and established a timeline for full implementation.

It would seem as if King Estate’s viticulture team hasn’t needed major modifications in its approach for Demeter certification, which also would cover the winery and winemaking practices.

Changes made to winery, vineyard team 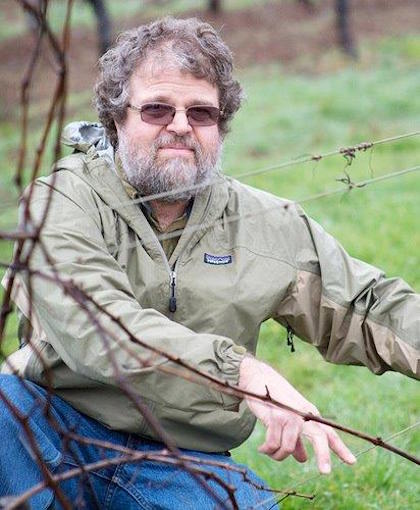 Ray Nuclo takes over as winery operations manager at King Estate after spending three years as director of viticulture at the Eugene, Ore., winery. (Photo courtesy of King Estate)

Raymond Nuclo assumes the role of winery operations manager after spending three years as director of viticulture, and Brent Stone has been named director of quality assurance/laboratory operations with four years of experience as the lab manager.

“Promoting these outstanding leaders to their new roles creates capacity for our winemakers to focus their attention on winemaking while broadening the scope of the winemaking department to encompass all aspects of the winery’s operation,” King said.

Nuclo began his career in viticulture as a laborer and tractor driver at a small vineyard in Philomath. He received a botany degree from the University of Maryland and went on to grad school at Oregon State University. He managed Croft Vineyards in the Willamette Valley, growing for some of the state’s top wineries, including King Estate.

The new role for Nuclo means he will supervise the winemaking team of Kevin Sommelet and Spencer Spetnagel as well as oversee vineyard contracts throughout Oregon and Washington. Stone’s new duties include quality control for winemaking. His education includes environmental science at Utah State and graduate work at the University of Arkansas.