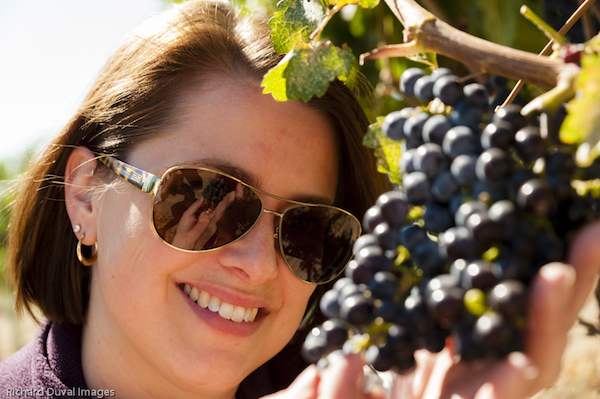 Hillary Sjolund will now lead the winemaking for Gordon Estate near Pasco, Wash. She is a longtime Washington winemaker who works for Wine Boss. (Photo by Richard Duval/Vine Lines)

PASCO, Wash. – One of Washington’s oldest wineries has a new team of winemakers at its helm.

Gordon Estate, a longtime winery overlooking the Snake River near Pasco, has announced that the team at Wine Boss in nearby Richland will now handle its winemaking duties.

Wine Boss is owned by Charlie Hoppes, a veteran of more than 25 Washington harvests. Hillary Sjolund, who is part of the Wine Boss team, will be Gordon’s winemaker of record. Hoppes said Sjolund will get plenty of support from the rest of his crew, especially during the height of harvest.

Norberto Canseco, who has been part of the cellar crew at Gordon Estate for 20 years, will be a key part of the winery’s success, owner Jeff Gordon told Great Northwest Wine.

“We’re really happy with it,” he said. “The thing I like about it is Charlie sees what a lot of different people are doing. I think it really lends itself to be able to participate in a lot of new stuff.”

Gordon’s most recent winemaker, Tyler Tennyson, was hired earlier this month as new head winemaker for Dunham Cellars in Walla Walla. Tennyson had previously worked for such acclaimed Walla Walla wineries as Seven Hills and Dusted Valley. His wife, Chelsea, works for Dusted Valley, and the couple were living in Walla Walla, leaving him with an hour commute each way every day.

“It’s nice to be back in the valley,” Tennyson told Great Northwest Wine.

“He belongs in Walla Walla because that is where is family is,” he said.

Gordon’s 110-acre vineyard was first planted in 1980, and he launched his winery – originally called Gordon Brothers – in 1983. At the time, there were 19 wineries in Washington; today, there are more than 850.

Through the years, Gordon has sold grapes to such wineries as Chateau Ste. Michelle, Hogue Cellars, Leonetti Cellar, L’Ecole No. 41, Woodward Canyon Winery and Waterbrook Winery. Today, Gordon keeps most of his grapes for his two brands: Gordon Estate and Kamiak. The result is about 20,000 cases per year.

“This is going to bring us some stability,” Gordon said. “With a team of winemakers, we get to pick everybody’s brains.” 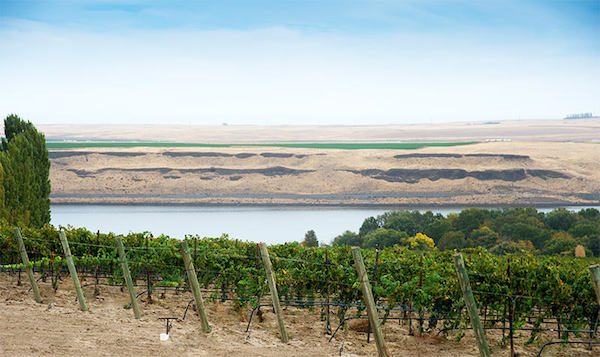 Gordon Estate Vineyard near the Snake River has about 110 acres planted. The vineyard was planted beginning in 1980, and the winery began in 1983, making it one of Washington’s oldest producers. (Photo courtesy of Gordon Estate)

Hoppes, who was the red winemaker for Chateau Ste. Michelle in the 1990s, launched Fidelitas Wines in 2000. Today, he operates tasting rooms on Red Mountain and in Woodinville. His Wine Boss production facility is in Richland, near Interstate 182 and about 20 minutes from Red Mountain.

Wine Boss is the winemaking arm of his operation, formed in 2011. It has several clients, including: Gamache Vintners, Anelare, Market Vineyards, Frichette, Hamilton Cellars and Noviello. Combined, Wine Boss’ winemaking activities add up to about 35,000 cases per year – an amount that pretty much is the capacity of his facility.

Fortunately, Gordon Estate has its own winemaking facility at the vineyard. It was built in 1998, when Marie-Eve Gilla (now at Forgeron Cellars in Walla Walla) was its winemaker. Sjolund will use the Gordon facility for winemaking.

“They have plenty of room,” Hoppes said. “We’re looking forward to getting out there to see what they have.”

Sjolund led DiStefano to acclaim in 2008 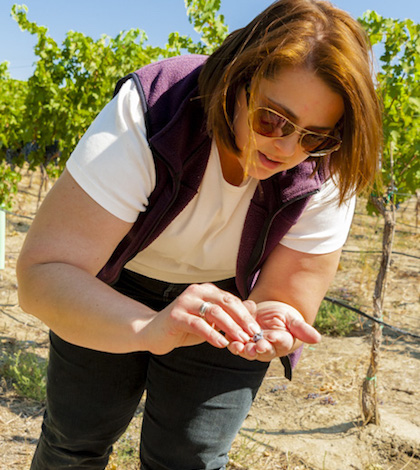 Sjolund’s résumé is impressive. The Bay Area native was a freshman at the University of California-Davis with the goal of becoming a surgeon when she took an elective class – introduction to winemaking. Her instructor was the renowned Carole Meredith.

Before she’d even graduated, Sjolund landed a lab position in the Napa Valley’s Stags Leap District at famed Pine Ridge. She went on to spend three years as assistant winemaker before being recruited to Woodinville.

“Mom and Dad weren’t crazy about that at the beginning – especially when I called them as a freshman and told them, ‘I think I want to start making wine. Will you pay for my education to do that?’ ” Sjolund recalled during a 2008 interview of Wine Press Northwest magazine.

In 2008, at the age of 27, Sjolund’s talents elevated Mark Newton’s DiStefano brand into Wine Press Northwest’s Washington Winery of the Year after DiStefano shined with Cabernet Sauvignon, Merlot, Sauvignon Blanc and Viognier in blind judgings.

These will be the first wines that the Wine Boss team has made outside of its facility, and Hoppes said this could be a blueprint for the future as some of his clients grow and move into their own production facilities.

While Sjolund – who owns the Sonoris brand – will be the primary winemaker, she will have the support of Hoppes and the rest of the team, particularly during key times during harvest and blending. Hoppes has long said that the key to successful and distinctive winemaking takes place during and immediately after fermentation, and he has certain techniques that help ensure high quality.

While Hoppes and his team make wine for a number of clients, he is not concerned about all the wines being the same. For example, Gordon and Gamache rely in estate grapes, while Hamilton has a focus on Malbec. Wineries also rely on different styles of barrels. These factors help each winery stand out as distinctive of the other, Hoppes said.

“We don’t make the wine any different from one client to the other,” he said. “Different fruit and different barrel programs make a difference, but winemaking is the common thread.”

In addition to winemaking, Wine Boss also operates a laboratory. Sjolund oversees the lab, which provides services to several wineries in the region surrounding the Tri-Cities. Hoppes has purchased an abundance of equipment to handle many needs, and he recently added a fulltime employee to take on more work. Most of what his lab handles is running tests on grape samples leading up to and during the busy harvest season each fall.