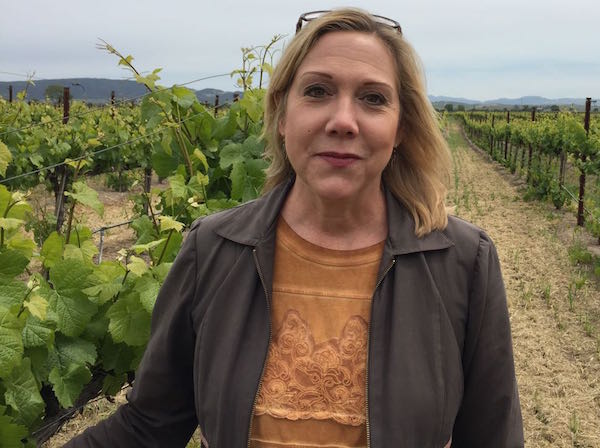 Sara Schneider is Sunset magazine’s wine editor – the only person to have held that position. (Photo by Andy Perdue/Great Northwest Wine)

SONOMA, Calif. – One gets the sense that Sara Schneider looks around in awe about where life has landed her.

As wine editor for Sunset magazine, Schneider is one of the most influential wine writers in the United States, thanks to a readership in the millions. Not bad for someone who grew up in a home without a drop of alcohol and who never originally intended to be a writer.

“I feel like an accidental tourist in this business,” she told Great Northwest Wine. “I never, ever knew you could grow up to be this. Who would?”

We recently caught up with Schneider during the annual Sunset International Wine Competition, which took place at Cornerstone Sonoma – home to Sunset’s new test gardens and outdoor kitchen facilities.

From Tennessee to the Bay 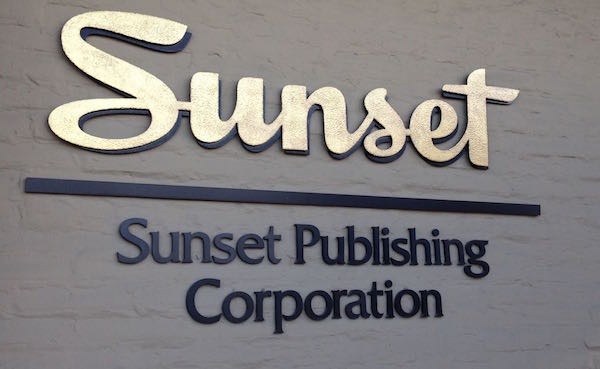 Schneider grew up Tennessee in a home where alcohol wasn’t consumed. It was an unlikely place for someone who would ultimately move to California and become a wine writer.

“I grew up in a completely teetotaling family,” she said. “Not a drop of alcohol in the house.”

After moving to California, Schneider earned her bachelor of arts in English at Pacific Union College, a Seventh-Day Adventist university in Napa Valley, then a master’s degree at Andrews University in Michigan.

For a decade, she taught English and literature in Mountain View, a community in Silicon Valley that later would be famous for being the home of Google.

“I liked it more than I thought I was going to,” she said. But “after 10 years, I was a little bit desperate.”

An interest in food and cooking prompted her to enter the California Culinary Academy, earning a degree in culinary arts.

“I had developed a love of cooking and food,” she said. “I was starting to enjoy wine at that point, but that wasn’t a focus.”

While at the California Culinary Academy, she took introductory wine courses, and she became fascinated.

An internship at Bay Food, a now-defunct food magazine in the East Bay, led to her first full-time job as a writer. For the next three years, she handled most aspects of writing and editing the publication.

“You could turn a wine or food experience into a story in a few days,” she said. “It was a really terrific experience. It was words about food and wine – and a light went on.”

After Bay Food folded, Schneider moved back to Silicon Valley, landing at Sunset as its food editor in 1998. For the next seven years, she handled that important role as wine coverage gained importance for the magazine whose roots in California go back to 1898. The publication has always focused on the lifestyle of the West. Today, that is defined as the 13 Western states.

“Wine was always under the umbrella of food, but it was getting more and more important,” she said. “This was the mid-’90s. Wine regions were exploding, so we started doing more with wine.”

The magazine’s managers pushed for more wine coverage – and wanted Schneider to be in charge. In 2005, she was named Sunset’s wine editor, the first person to hold that position.

“I had the most bottles under my desk,” she quipped.

The magazine’s main wine writer was Karen MacNeil, author of the bestselling The Wine Bible, and that was a blessing for Schneider.

“Editing her for six years was like getting The Wine Bible education,” she said. “Then we started tasting together. I feel really lucky.”

Along the way, Schneider has been in charge of launching Sunset’s wine club program. A half-decade ago, she started the Sunset International Wine Competition, which already has grown one of the country’s largest and most prestigious wine judgings, thanks in no small part to the magazine’s broad reach and the trust Schneider has earned from her readers.

After World War II, Sunset moved its headquarters from San Francisco to the Silicon Valley community of Menlo Park, where it occupied a 10-acre campus. Today, the city is home to Facebook and other online companies and is near Stanford University. With enormous property values, Time Inc. (which owns Sunset) decided to sell the property last year.

“Honestly, it’s very, very sad for us to have lost that very special place,” Schneider said.

The magazine staff relocated last year to Jack London Square in Oakland. The modern feel to the new offices is just the opposite of Menlo Park, but Schneider and the rest of the Sunset crew are enjoying the change of pace.

“I actually like the feel of it,” she said.

About 30 miles north of Oakland in Sonoma, Sunset is re-establishing its test gardens and outdoor kitchen at Cornerstone Sonoma, a marketplace and event center. The space for the test gardens is much larger than what Sunset had back in Menlo Park. It’s in the heart of California wine country, and Schneider enjoys that.

“It feels like Sunset to me,” she said. “I feel very much at home here with the spirit of the lifestyle we try to portray. We’re really coming up to Sonoma to be part of the picture here. We are surrounded by vineyards, and we’re going to start running food and wine events for consumers.” 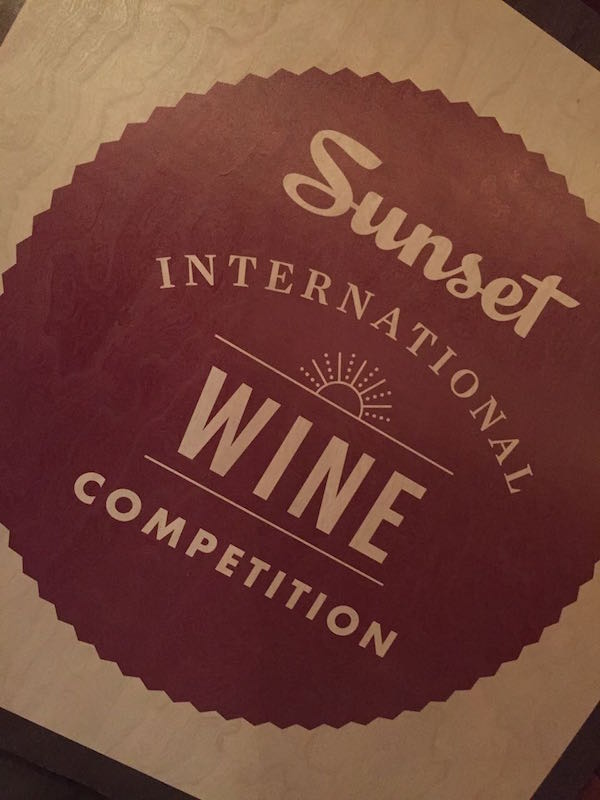 The Sunset International Wine Competition has quickly become one of the largest and most important wine judgings in the United States, thanks in no small part to Sara Schneider’s authoritative wine writing. (Photo by Andy Perdue/Great Northwest Wine)

Being in the heart of California’s wine country creates a bit of a balancing act for Schneider. The Golden State produces 90 percent of the wine in the country, so it makes perfect sense that it would be a focus for Schneider. But she knows she has to offer equitable coverage of the rest of the West.

“We have to work to push our coverage out to the other Western states,” she said. “I put a lot of thought into balancing and bringing in Oregon and Washington wines. It’s really hard because California makes so much wine. I almost feel like the regions that are coming up and still really expanding need affirmative action.”

That’s one reason Schneider has never shied away from writing about emerging wine regions such as Colorado, Idaho, New Mexico or even Arizona.

“They deserve a little more love.”

For example, in the May issue, Schneider wrote about Chardonnay for breakfast, a nod to Mother’s Day brunches. She made a point of being sure to include Oregon and Washington wines in her tasting lineup.

Schneider said it’s important to understand the subtle nuances of a wine such as Chardonnay when it’s made in different areas of the West.

“We drink a sea of Chardonnay in this country, and California has supplied a lot of that – for better or for worse,” she said.

In recent years, she’s noticed Oregon winemakers, in particular, are striving for their own style that goes beyond the big “California style” of Chardonnay. Oregon’s cool Willamette Valley can provide a contrast to California’s butter and oak.

“I was really excited about the style that they were choosing – really pulling back on the heavy dressing. I think the place came through. There was an edge of minerality and high acidity that balance out some of the richer mouth character of Chardonnay.”

In Washington, Schneider said the longer days and intense sunlight in the Columbia Valley during the growing season bring out regionality in Chardonnay.

“It comes through in the fruit,” she said. “There is some sort of intensity and purity of the fruit flavors that I just love.”

Schneider writes a little less about British Columbia’s exploding wine scene primarily because it’s all but impossible to buy the wines outside of the province.

“The Okanagan is prime territory to cover,” she said. “For us, wine country is often a travel story. I often work with the travel department and do as many of those stories as I can.”

For Schneider, the West is her playground, and she loves exploring its wines.